The war may be over, but Kate Allen’s life is still in upheaval. Not only has she discovered that Cinderella was real, but now she's been made Keeper of the Wardrobe, her sole responsibility to protect Cinderella’s magical dresses from the greed of the evil stepsisters’ modern descendants.


But Cinderella’s dresses are just the beginning. It turns out that the priceless glass slippers might actually exist, too, and they could hold the power to reunite lost loved ones like her father—missing in action since World War II ended. As Kate and her boyfriend, Johnny, embark on an adventure from New York to Italy and Poland in search of the mysterious slippers, they will be tested in ways they never imagined.


Because when you harness Cinderella's magic, danger and evil are sure to follow...

“I don’t mean to be disrespectful, Kate, but short of finding Cinderella’s missing slippers, I don’t know how your brother will find anything new. It’s been—”


Kate held up her hand. “It’s been too long. That’s what everyone keeps saying. But Mom and I can’t quite believe it. She still won’t look through Dad’s things that the army returned. She’s still hoping… Wait. Why would you mention the slippers?”


Johnny looked sheepish. “That’s what those Burgosov men said. I know they were trying to trick you, but why would they come up with that particular lie? They didn’t seem like the brightest fellows, so maybe they let the truth slip out.”


Kate leaned back and stared at the ceiling. That was exactly what she had been thinking. “Did I make a mistake?”


“You followed your intuition, and it paid off. They didn’t have the slippers, and they didn’t know about your dad. Doesn’t mean the shoes aren’t real.”


“I wish I could talk to them again.”


“I did, but she told me the shoes were lost to the family. The Burgosovs are the only ones who can help.”


Johnny gaped at her. “Do you hear what you’re saying? You want to risk talking to those criminal brothers to get information on a pair of fairy-tale shoes that don’t belong to you, and whose owner seems to be satisfied that they’re gone. She’s not even looking for them, is she?”


Princess Kolodenko didn’t have the need that Kate did. One of her granddaughters had died in the war, but they knew what happened to her. There was no mystery for them to solve. No need to risk anything. Kate raised her eyebrows in a look that she hoped said, Yes, it sounds foolish, but I’m going to do it anyway.


Johnny laughed. “Anyone hearing us outside this room would think we were loony.”


Johnny sobered. He leaned forward and searched Kate’s eyes. “How do you think the shoes will help you find your dad? Didn’t the prince have to go door to door until he found Cinderella?”


The last of the laughter floated out of Kate. “I don’t know. I thought maybe if I wore them, they would guide me to him.” She cringed. “Silly, right? But the dress is unusual. What if the shoes are, too? What if they do find people? I have this crazy connection to a fairy-tale family; I should be able to use it when I need help.”


SHONNA SLAYTON is the author of the YA novels Cinderella's Dress, (Summer 2014) and Cinderella's Shoes (Fall 2015) published by Entangled Teen. She finds inspiration in reading vintage diaries written by teens, who despite using different slang, sound a lot like teenagers today. When not writing, Shonna enjoys amaretto lattes and spending time with her husband and children in Arizona. 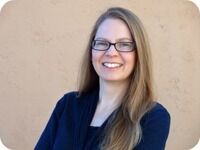 
YA Bound Book Tours
GIVEAWAY: Giveaway Info: U.S. Only. A paperback of Cinderella’s Dress and a CD of the Disney Cinderella (2015) Soundtrack