Before the Storm by Leslie Tentler Book Tour and Giveaway

No Matter How Far You Run, The Past Will Find You


Leslie Tentler is back with another story of romance and suspense…this time in a small Southern beach town called Rarity Cove. What happens when a woman on the run has her dangerous secrets finally catch up with her? Find out in Before the Storm by Leslie Tentler… 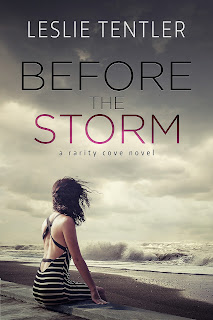 About BEFORE THE STORM


Six years earlier, Trina Grissom disappeared, on the run for her life. Now living under an assumed identity—as Samantha Marsh—she still struggles with the dark secret she harbors and the fear she might one day be found. When she moves to the coastal town of Rarity Cove, South Carolina, to open a café, a handsome widower begins to chip away at the walls she’s built to protect herself.


Mark St. Clair lost his wife two years ago in a tragic accident. Head of the grand St. Clair resort, he distracts himself from his lingering grief by running the family business and caring for his troubled young daughter...until a beautiful restaurateur sets up shop in town. Before meeting Samantha, Mark was convinced he could never be drawn to another woman. But as his attraction to Samantha grows, the mystery surrounding her deepens.


As the two begin a hesitant courtship, double perils emerge. Someone from Samantha’s lurid past comes calling, threatening to expose her. And a powerful hurricane is forming in the Atlantic with the small beach town in its path. Trapped in the storm by the brutal man who wants vengeance on Samantha, she and Mark must fight for their lives.


Add BEFORE THE STORM to your TBR pile on Goodreads!


Check out other books from Leslie Tentler!

CELEBRATE THE RELEASE WITH A GIVEAWAY! 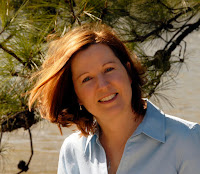 
Leslie Tentler is also the author of FALLEN as well as the Chasing Evil Trilogy (MIDNIGHT CALLER, MIDNIGHT FEAR and EDGE OF MIDNIGHT). She was a finalist for Best First Novel at ThrillerFest 2012, and is a two-time finalist for the Daphne du Maurier Award for Excellence in Mystery and Suspense. She is also the recipient of the prestigious Maggie Award of Excellence.


Leslie is a member of Romance Writers of America, International Thriller Writers, and Novelists, Inc. A native of East Tennessee, she currently resides in Atlanta.