Paranormal debut about a high school senior who finds herself in a fight with a secret society for control of ancient magic.
Julia never believed in magic.

Julia Long is starting her senior year with an extra dose of crazy. The dreams of cultish, bloody rituals are weird enough, but the victim in her lifelike dreams is her new classmate, Southern charmer Graham.

Graham admits he was part of the Phoenixes — a centuries old secret society — but swears he left it all behind. As Julia works with Graham to figure out why she is dreaming about his past, she's discovering she has other abilities. She heals Graham’s migraines with a touch, and there’s her superhuman strength that comes and goes. Julia doesn’t know where her new talents come from, but there’s no denying that when Graham is near, her powers kick into overdrive.

But the Phoenixes want Graham back. They need his blood to awaken the magic they seek, and they'll do whatever it takes to get it.

In a mundane world where magic does not exist, Julia is the only one with a shot at stopping them. Will Julia learn to control her new abilities in time to stop the Phoenixes from harnessing this powerful magic? 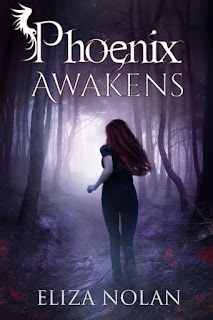 Which writers inspire you?


I grew up reading Stephen King. I love his books. But I didn’t start writing until I read Twilight. Stephanie Meyer’s story really clicked with me. I found myself wishing I’d had something like that to read when I was in high school. Swoony paranormal guys? Yes please!


When did you decide to become a writer?


In October of 2009 I heard about International Novel Writing Month (every November). I’d just finished reading the Twilight series and thought writing a novel sounded like fun. The book I started writing that November was the very rough first draft of Phoenix Awakens.


Shortly after I finished the first draft, I realized I wanted to make writing more than just a hobby. I’ve spent the last several years working on my craft.


Did you learn anything from writing your book?


Since Phoenix Awakens was my first, I had to learn how to write. Seriously, my first draft was so awful that I wouldn’t even show it to my cat.


It’s always changing; no two books write the same. I had no idea how Phoenix Awakens was going to end when I started writing it. Since then I’ve done a bit more work with outlines. Each story has its own process. The trick for me is to figure out what the process is for each story, and then go through that process so that I can find the story and share it.


How many books have you written? Which is your favorite?


I’ve written three full-length books, and have two partially written. I know I should say they are all my children and I love them equally--I actually do really love all my stories a ton--but my favorite is Phoenix Awakens. It’s always been my baby, and I’m insanely excited to finally share it!


If you had to do it all over again, would you change anything in your latest book?


What is your next project?


I would like to write more in the Phoenix series. I also have a contemporary young adult in draft form, and a post-apocalyptic story. I’ve always got a few things going. 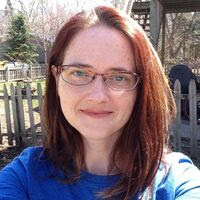 
Eliza Nolan was born and raised in Minneapolis, Minnesota. She lived in Charleston, South Carolina, for a few years, after which she returned to icy Minnesota - where she now lives with her two cats in a house smaller than your closet.

She is an avid reader and writer of YA. She has ghostwritten a novel or two, but also writes her own stuff, and is FINALLY getting ready (to get ready) to publish her debut young adult urban fantasy novel, Phoenix Awakens.