The heart of a warrior, the soul of a wolf, and the desires of a man…


For centuries, Cormack has lived between worlds—a man trapped in the body of a wolf, shunned by humans and shifters alike. Only one person has ever welcomed his company: Elen, a kindred outcast who is feared by others of her ancient Celtic race for her strange healing abilities.


Cormack has always valued Elen’s kindness and understanding, but after a desperate act of friendship causes Elen to free him from his curse, he realizes he wants more. He wants all of her—completely and forever. Except before Cormack can win Elen’s heart, Pendaran, the evil leader of the Guardians, captures her, determined to manipulate her incredible power to aid him in his twisted war against the shapeshifting tribes.


Too wired to sleep, Elen opened the wine and poured a glass, sipping quietly as she walked over to the bed. Cormack slept above the coverlet and on his back, with one arm raised over his head, while the other rested by his side. His hair was still damp from his shower, and he wore jeans but no shirt, as if he’d just rested his head and sleep claimed him first.


His chest rose and fell with even breaths. She was not one to marvel over physical attributes, but this was Cormack, and his body was meant for pleasure, like a goddess had molded him for her personal divine gratification. His frame was large, and toned, with wide shoulders and a firm chest that tapered down to his hips. His hardened stomach would provide the perfect friction were she to ride him just like this.


And as that image flooded her mind, another, more wicked one, followed. It was greedy, and selfish, but all her niceness had been used up for the day. He looked peaceful, and innocent, but the man was practically immortal after all. Their kind did not die from lack of sleep. They might go mad, of course, but that took a few weeks. And had he not said, do with me as you will?


She needed to touch him. That was all. Well, no, she wanted more, but for now that would do. Taking a sip of her wine, she gently set the glass on an end table by the bed, and gave into temptation. Starting by his heart, she brushed lightly across his chest, tracing down the indent between, and lingering on the valleys and curves of his muscles. Flattening her hand over his stomach, she felt the soft hair that began just above the waistband of his jeans and disappeared below. She had never seen him in this restful state, at least not in his human form, and took in her ravenous fill.


Her hand lingered over the button of his jeans. She swallowed, wanting… Oh, how she wanted. It burned like molten earth, fed by a need that had been denied for too long. Even now she felt her body moisten and swell just from imagining what waited beyond that closure, and how it would feel inside her.


Or how it would taste.


She thumbed the button. A quick flick was all it would take.


A sound made her jolt, an intake of breath perhaps, followed by a sudden rise under her hands. She snapped her eyes to his face. 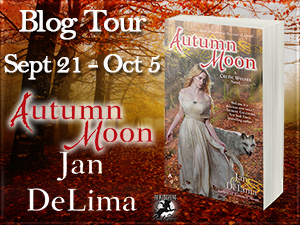 A fire raged within his cerulean gaze. “Kill me now if you stop, Elen, because then I’ll know I’m well and truly cursed and I cannot be tortured anymore.” 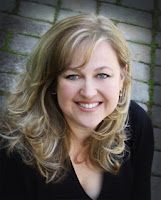 
Jan DeLima is the author of the Celtic Wolves novels, including Summer Moon and Celtic Moon. She lives in Maine with her husband and their two sons. Unlike many authors, Jan didn’t pen stories at an early age, but she has always been a dedicated reader. It wasn’t until after her children entered school that she began writing. Raised in a military family, she lived in different countries such as Thailand and Germany, but home base has always been Maine. 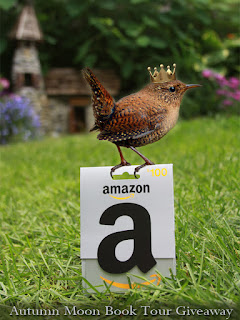