Trust in the Unseen by Seth Mullins Virtual Tour and Giveaway

Trust in the Unseen


Following the rigors of their self-made tour of the West, the members of the groundbreaking and volatile band Edge of the Known - "hands down, craziest band on Earth" - have an unprecedented chance to finally expose their music to the world. Unfortunately, singer/guitarist Brandon Chane, founder member and erratic genius of the group, is weathering a spiraling trip through an abyss of heartbreak and despair.

His personal pain threatens to derail his band's progress even as it fuels some of its most incendiary songs. To further complicate matters, his mentor, Saul Mason, is weathering his personal crisis and no longer seems to be the all-knowing spiritual savant that Brandon first perceived him to be.

The road ahead looks bleak; and once more, he turns to the one thing that has sustained him throughout the course of his wounded, conflicted and inspired life: His Muse.

"We'd all thrown our fates to the wind, trusting in the unknown - in the Unseen, as our EP so proudly proclaimed - and that leap had thus far landed us in a place where we couldn't even grope our way forward in the dark anymore."

Discovering his voice was only the first step of the journey. Now he must somehow learn to trust the depths from which it comes, and the unknown horizons that it may sweep him away to, even as every part of his personal world seems to be falling apart. 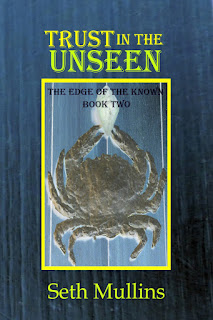 
Love was the most ruthless force in our universe. That’s what I’d believed, that I’d sooner endure the ravages of hate any day. Hate wielded the honest pungency of a fist full to your face. Love eviscerated you where you stood and yet still left you standing.


I remember the moonlight on the little window box balcony. Janie was so nervous that she’d stolen occasional drags off of my cigarette. This had been her idea in the first place: The two of us “getting away”, booking this room in the Latore Motel.


The idea – insofar as I’d believed I’d understood it - had been to pretend we were on vacation, perhaps try and resuscitate the amorous mood that had characterized our rendezvous in New Mexico months before, when everything had seemed to open up and flow. I stared back into the motel living room, which bore witness to the scalds and the warm patches of love’s dying embers, as if its solidity could somehow refute what was happening, what could not be happening.


I’d played deaf amidst all of the whispered warnings. 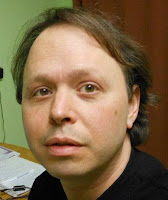 
Seth Mullins first conceived of his dream to write novels in his early teens, and this one desire has stayed with him throughout all the other myriad twists and turns of life. His inspirations include methods of inner exploration such as dream-work and shamanism and his experiences as a songwriter and performing musician. He studied creative writing at Santa Fe Community College in New Mexico and Lane Community College in Oregon.


(Trust in the Unseen on Amazon) http://amzn.to/1qpSM6j


Seth Mullins will be awarding a $25 Amazon/BN GC to a randomly drawn winner via rafflecopter during the tour,