In the Land of Shiva by Jim O'Hara Virtual Book Tour, Guest Blog and Giveaway 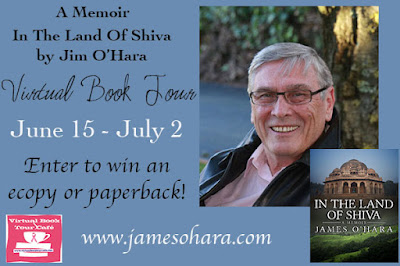 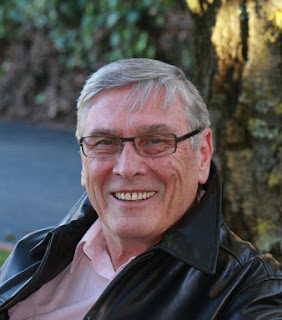 Born in Milwaukee, WI, at age 18 O’Hara joined the Catholic order of Brothers who taught at his high school. As a Brother for almost 30 years, O’Hara taught math at both the secondary and college levels, and in his late ‘30s volunteered to travel to India to establish a branch of his religious order there. After seven years in India and Nepal, he returned to the States, left the Brothers, and became a massage therapist and massage instructor. In addition to doing bodywork, he has also become a certified dream worker. He makes his home in Berkeley, CA. His time in India and Nepal took him from immersion in religion to a place “beyond religion.” 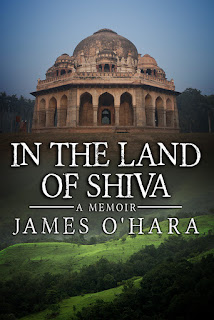 
When Brother Jim leaves his comfortable life teaching in Catholic high schools and travels to India, he finds himself unprepared for the challenges he faces.

His assigned task is to start his religious order in that country, but as he immerses himself in a land of unfamiliar customs and ancient religious traditions, he soon discovers that his mission has become deeply personal. Brother Jim questions not only all his vows, but his deepest beliefs.
As he travels across India and encounters holy men, thieves, rabid monkeys, and genuinely good-hearted people of all backgrounds, he realizes that the religion of his upbringing is but one of many paths to spirituality, and a sometimes oppressive one at that. On the eve of celebrating twenty-five years as a brother, Jim must decide what he truly holds as important and how he wants to live the rest of his life.

India and Nepal, with all their clamor, fascination, and surprises, come alive on every page in this unusual memoir set in the ‘80s.

Context: Bro Jim has been bitten by a monkey at a train station in South India.

…
“Your wound has become seriously infected. This is why you have a fever.” The emergency room doctor stood over me and explained the situation bluntly. “I shall admit you immediately and begin a course of antibiotics. We don’t want you to lose your leg.”
Lose my leg? My heart pounded painfully in my chest. Was the infection that bad? Had gangrene set in? I looked at the doctor and lone nurse that attended him. If the infection was serious, shouldn’t there be a whole team of physicians and nurses hovering nearby holding trays of bandages and clamps and antibiotics and narcotics? Where was everybody?
For the next several days I lay restlessly in my bed at St. John’s, a teaching hospital reputed to be the best in town. In the mornings, a doctor led a group of interns on their daily rounds, discussing each patient’s condition. The training was conducted in English, and since most patients didn’t understand that language, doctors and interns felt free to make candid remarks in front of the patient. Each morning I was the nine o’clock lesson.
“I want everybody to touch the red area near Mr. James’s wound,” Dr. Gopal said to his interns. “You see how hard the tissue is? That means that the antibiotics are not working. Perhaps we shall try some other sulfa drug.”
Perhaps? He’s saying it might be a good idea to try something else?
The interns poked, without protective gloves, on the back of my thigh.
“Excuse me,” I said, turning to look directly at Dr. Gopal. “From now on, I want to be informed personally about my progress. And I want to know your plan for treatment of possible rabies. Nobody has mentioned that yet.”
“Rabies?” Dr. Gopal glanced toward me, surprised that a patient should have questions. “I doubt that will be a problem. We are not certain the monkey bit you. The wound may be from his claw.” He turned away. “Now students, continue the rounds on your own and leave your reports in my office. Good day.”
Three interns remained behind and plied me with questions, but not about my well-being.
“Is it true that doctors are the richest people in America?”
“Do you know a hospital that is needing more doctors?”
“I hear that only wealthy people can obtain hospital care in the United States. Is it correct?”
I responded to their questions in short sentences, trying not to tire myself out any more than the fever already had. My leg had begun throbbing again with an added feeling of sharp pain. I was convinced the monkey had left several teeth in my leg. And my anxiety was rising—I could not stop thinking about rabies.
“If you don’t mind,” said a young intern named Sanjay, “I shall return to speak with you this afternoon. We are completely bored because there is hardly anybody in the hospital.” Sanjay explained why. The movie Coma had come to town two weeks earlier, and people were staying out of the hospital for fear that their organs might be stolen.

“I have exercised the storyteller’s device of telescoping time in order to bring events into focus, as well as creating and rendering dialogue which, though not necessarily verbatim, conveys my recollection of the event and my perception of the speaker’s personality.”
The above quote is from the Author’s Note in my memoir In The Land Of Shiva.
A truth for many Westerners living in India and Nepal for a significant period of time (seven years in my case) is the recurring issue of health problems. However, believe me, you would not want to read in every other chapter of any book a sad tale of amoebic dysentery. So, in order to convey the constant assault on the body that the Indian subcontinent can produce, I put into one single chapter a reference to dysentery followed by scurvy followed by shingles.
Yes, all of these health issues truly did happen but, fact, not within the several week time frame of that chapter. But condensing the time frame conveys the true intensity of the very real and ongoing health challenges that life in a foreign country can provide.
Dialogue doesn’t have to be verbatim (how could it?) but it needs to be realistic and as honest an interpretation of the person and scene as the memoirist can muster. When my book came out I wrote to many of the main characters in the book and gave them the above quote about rendering dialogue. I also said, “Yes, I have put words into your mouth. Apologies where appropriate.” All said they were delighted by the book (even those with whom I had had conflict) and no one said anything about dialogue that I had ascribed to them.
Marion Roach Smith, author of the wonderful The Memoir Project says this: “If there is a moral responsibility in writing nonfiction, it favors the intent of life’s actual circumstances.” (Emphasis mine.)
So, go for the truth of your life as best you understand it, and write that memoir!

James O’Hara
Author, In The Land Of Shiva – A Memoir
www.jamesohara.com 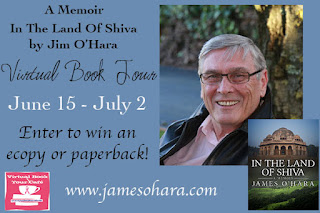