Across the Miles by Rhonda James Book Blitz and Giveaway

Across the Miles (The Not So Bad Boys of Rock #1)


Sebastian Miles was twenty-three years old and living a charmed life. Loving family, beautiful girlfriend, and lead singer of the rock band, Paradox. Their debut album shot to number one on the charts, and they had just come off a worldwide tour, performing in venues filled to capacity. Then, one night, a tragedy rocked his world in a whole new way, turning him into someone he no longer recognized. Now, two years later, and on the other side of his own private hell, he learns to stop taking everything and everyone for granted. Yet, he is still alone. Then, one day he meets her, and suddenly, his darkened world is once again filled with hope.

Brooke Caldwell is a twenty-four-year-old prodigy in the culinary world. After a lifetime filled with heartache, she decides to pursue the opportunity of a lifetime by interviewing for a world famous chef in Los Angeles. While visiting the city, she is reminded how cold and calculated the world can be. Until she meets him, and he shows her a world filled with the love and support that she never knew growing up.

Two wounded souls. Two hearts that continue to beat, in spite of all the damage that has been done. What happens when their damaged hearts collide? And, could they possibly be the half that finally makes the other whole? 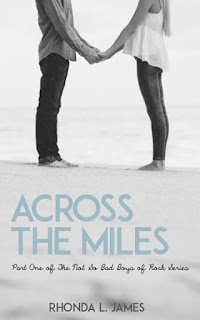 “Mind if I join you?” came a deep voice, sounding a little out of breath and dangerously close. I turned and gasped, immediately drawn to the sapphire blue eyes staring back at me. Butterflies instantly began fluttering around in my empty stomach. My gaze flitted over his face, and I couldn’t help but linger over the pair of perfectly shaped lips that turned up into a slight grin when I didn’t stop staring. Two small silver studs winked at me from the lower right side of his mouth. They were called viper bites. I only knew this because one of the young guys that worked kitchen prep at my restaurant had the same piercing. On him, it looked slightly weird. On this guy, it was unbelievably hot. He looked vaguely familiar, though I couldn’t quite put my finger on where I had seen him. Perhaps he was one of the many famous people that adorned this city, or maybe he just resembled one of them. Either way, he was breathtaking, and for a brief moment, I completely forgot what had led me to sit on this bench in the first place.

About the Author
Rhonda dreamed of being an author for more than thirty years, writing her first novella at the age of fifteen. She has written two novels since that have yet to be published. Across the Miles was the first work she felt compelled to share with the rest of the book loving world. While her first two novels were adult romance, this is her first attempt at reaching out to the New Adult genre. She lives in Michigan, with her husband of twenty-two years, and their two adult children. They share their home with dog, Baily, two cats named Molly and Walter, a crested gecko named Izzy, and a yard full of chickens. When not writing or reading, you will find her in the kitchen, preparing homemade soups, marinara sauce, and meatballs, just to name a few. Her love of bacon is unnatural, and her obsession with technology borders on the insane. She is a natural-born hugger, and if you meet she will channel her character Sebastian Miles, and you will most likely be the latest recipient of a bone crushing hug (don’t worry, no bones are actually crushed during this process).

a Rafflecopter giveaway
Posted by 3 Partners in Shopping at 10:38 AM