Born to Magic by David Wind Sale Blitz and Giveaway

Long ago, the violence and radiation of terrorist wars killed America. Descendants of the survivors now dwell in a world of ritual and magic, where ten dominions struggle for supremacy and a dark, formidable power has emerged.

Areenna, the only daughter of the King of Freemorn, is barely eighteen, yet her psychic ability is strong. She is called to The Island and learns that the fate of her world is in her hands. She must undertake a perilous journey to save Nevaeh from malicious destruction. But she will not travel alone.

Mikaal, the son of the High King of Nevaeh, has just as much at stake as Areenna. The quest takes them through haunted wastelands filled with mutants while a vile and evil force will do everything in its power to stop them—for it wants Nevaeh as its own.

Turning to his wife, the High King of Nevaeh raised his eyebrows.

“All but two have arrived.  They are quartered and being fed.  Freemorn and Lokinhold will be here in the morning.”

She took his hand and gently squeezed it.  “You must go and greet them.”

“In a moment,” he whispered.

“The past,” he said, seeing not the woman standing before him, but the world he had come from, and knowing every aspect of his previous life was gone…except for memories. 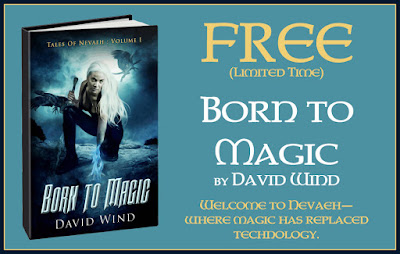 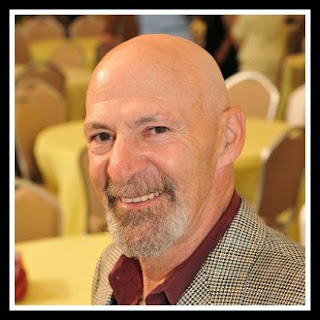 I live and write in a small village about thirty miles upstate of NYC, and share my home with my wife, Bonnie and our dog Alfie, an apricot poodle.

When I began writing in 1980, I had no idea where I was headed. Since then, I've published thirty-five novels, thirty-three of them with traditional publishers, but I decided I wanted more freedom than the traditional publishers would allow and began a new phase in my life as an Independent Author.

My first Independent novel Angels In Mourning, was my 'homage' to the old time private detective books of the late 40's, 50's and 60's.  I used to love to sneak them from my parents’ night-tables and read them as a young boy.  Angels, is a modern day take on the old style hardboiled detective.  Angels In Mourning won the Amazon.com Book of the Month Reader's Choice Award shortly after it was published.

My most current thriller, The Cured,  was written with Terese Ramin.The idea for this Medical Thriller came shortly after the death of a close friend.  I couldn't help but wonder about the medication....

My previous suspense thrillers are The Hyte Maneuver, (a Literary guild alternate selection); As peace Lay Dying, Conspiracy of Mirrors, And Down will Come Baby, Now I Lay Me Down To Sleep and Shadows.