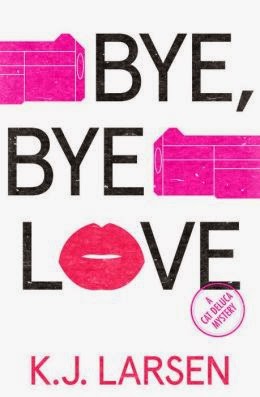 Chicago’s Pants On Fire Detective Agency targets liars and cheats. But PI Cat DeLuca is once again up to her smokin’ skinny jeans in murder.
Cat is out running in a neighborhood park when she crashes over the faceless body of Bernie Love. Bernie was the finance guy to the scary Provenza family, with whom he grew up. And friend to Cat’s shady, Ferrari-wheeling-cop Uncle Joey. As she hauls out her phone, Cat is assaulted by someone with a Rolex, stun gun, and wheelbarrow. When the cops show up, the killer is gone. And so is the body.
Captain Bob, a stickler for habeas corpus, blows off Cat’s story. Stung by a chorus of snickers from the Ninth Precinct, home base for DeLuca men, Cat vows to make her case and goes after Rolex man. The murderer, desperate to silence the only person who can place him at the park, comes after Cat. She’s quickly on a collision course with the deadliest adversary she’s ever encountered—but she has the help of her beagle partner, her gun-happy assistant, an ex-spy (or two), and her outrageous, interfering Italian family. Meanwhile, her hot, FBI-boyfriend seems sidelined in Vegas.
In Bye, Bye, Love, K.J. Larsen delivers another nail-biting tale rife with unexpected plot twists, zany characters, fabulous food, and laugh-out-loud humor. 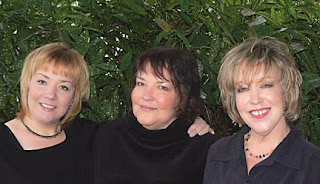 One day three sisters, linked by a voracious love of mysteries, set off to write their own. Hunched over a mojito and bucket of steamer clams, the Pants On Fire Detective Agency was born. Julianne, Kristen and Kari Larsen, (horse trainer, minister and irreverent baker) deliver a sizzling read and easy smile. Liar Liar is the first book in the Cat DeLuca mysteries. The sisters live in the Pacific Northwest and Chicago area and are currently at work on Cat’s next, most fabulous adventure.

This is a giveaway hosted by Partners In Crime Virtual Book Tours for KJ Larsen & Poisoned Pen Press. There will be one winner of 1 Box of Poisoned Pen Press books including Bye, Bye Love by KJ Larsen. The giveaway begins on June 1st, 2015 and runs through June 3rd, 2015.a Rafflecopter giveaway

My review;
I loved "Bye, Bye Love" by authors KJ Larsen.  The book was wonderful and the main character was fantastic.  PI Cat Deluca was a great detective. I loved feeling that she was the kind of person that you would love to have for a friend. I couldn't wait to read  more about her family. I give this book a 4/5. I was given this book for the purpose of a review and all opinions.