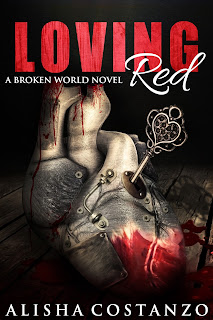 
For Sergeant Severins Bouvier, silence means tactical planning and a large death toll, and he can’t shake how danger threatens him on the beaches of Miami, especially after seeing one of his associates in a local sandwich shop. Worse, the enemy seems fascinated with the woman he can’t stop thinking about—a woman determined not to trust him.


Everything about Sev crashes through Kaia’s carefully placed boundaries, traps, and avoidances. Regardless of her lack of interest in the majority of men, the ones that did catch her off guard left a lot of collateral damage. Who better than a soldier to understand that?


The problem is that she trusts him. Just not with her heart.


“Something feels different about this place,” she said, voice soft but spreading across the grounds like an earthquake.


“It’s protected. That’s what you feel.”


A short, frail-looking male swung open his front door and appeared on the square wooden porch. His skin marbled like the bark of an old oak with tints of green. Long and wide eyes assessed Severins and Kaia before his gaze slashed to Kaia’s vampire friend, Kalib. The performance was rather dramatic.


“You said one—a single, human female. Human. That is not human.” The dryad’s twig-finger pointed to Severins with further flair.


“We were lacking in our information. The wolf is no harm to you.”


“No harm. No harm!” His hair sprouted green and miniature ivy fell around his ears. “At best, he’ll piss on my plants. At worst.” The small man’s voice squabbled high and fluttered through the leaves above. “At worst!”


Kalib rolled his eyes, and Severins shook his head. Kaia, however, seem entranced with the dryad’s tirade.


“Oh no, sir. You can stay in your pretty little metal box for that.” Eilon slammed his door again in a giant huff.


Kaia jerked and came back to the small clearing. Her eyes took on a darker green in these woods. “He did not like either of you very much.”


“Dryad’s don’t like wolves too much—territorial and all that. Piss in the wrong part of the woods once, and it’s like you killed their elder.”


“Did you tinkle on one of his plants?”


Severins snorted in delight at hearing the word tinkle come out of her mouth. “No, I’m house-trained, beautiful.”


Her giggle lightened up the small dark place, dancing along the trees as though they responded to her presence. She certainly possessed some tie to the magickal world. It explained why she attracted so much paranormal attention—his included.


Kalib hollered through the door at the little man, and Severins leaned Kaia against the side of the sports car.


“Before we go in there with that dry, old lump, give me a kiss.” He leaned into her, moving in at seventy-percent and leaving her the other thirty to come to him, but her hands dipped across his chest and stomach as she examined his different tattoos. Her touch stirred his raw need for her.


After a few seconds, she lifted and closed the gap between them.


Opening to him, her responses changed, shifting since their kiss in Wayne’s truck. He took advantage, pressing her closer and stealing her breath.


She drew back with a smile. “I think I’m beginning to like this lifestyle.”


Her nails scraped down his flanks, and he fought his own arousal. Severins pressed into her before backing away, slinging a shirt on to cover himself before following her inside.


The dryad jumped into the room from the kitchen, waving at them. “No, no, no. Shoes off!” Eilon skidded to a stop with his hands out.


“You. Before you enter here, you will make my pledge.”


The ends of Eilon’s knobby fingers grew sharp, and Severins surrendered. “What kind of pledge are we talking about?”


“You repeat after me. I pledge not to piss on any of Eilon Broaddock’s indoor plants.” The little man paused and snapped at him. “Repeat it.”


“I pledge not to piss on any of Eilon Broaddock’s indoor plants.”


“I pledge not to scratch, bite, or chew on any of Elion Broaddock’s precious house items.”


“I promise not to destroy your home. I may be a wolf, but I am also a gentleman.”


Severins sighed. Threatening a wolf with wood wasn’t the fae’s smartest move, but he repeated the pledge instead of provoking his host further. The restraint took enormous effort because the little drama queen was asking for it.


Eilon stepped back and nodded, handing him a towel and returning to his kitchen. “And wolf will not sully Miss Red.”


“You’re venturing outside your jurisdiction, there, Oak Broad Oak.”


The vines of his hair tangled and retreated to a brilliant golden brown. “My stuffed radish. You have your own red, and you’re not to touch Miss Red if yours turns you down. She’s my bed guest, and I will not have her sullied.”


Eilon disappeared into the kitchen, and Severins’ spine whipped straight. Kaia’s face reddened, and she covered her mouth with her hand. “I like him


Alisha Costanzo is from a Syracuse suburb. She earned her MFA in creative writing from the University of Central Oklahoma, where she currently teaches English. She's the author of BLOOD PHOENIX: REBIRTH and BLOOD PHOENIX: CLAIMED, and co-editor of DISTORTED. LOVING RED, a Broken World novel, is almost ready for its 2015 release. In the meantime, she will continue to corrupt young minds, rant about the government, and daydream about her all around nasty creatures.