About the book: Maggie met Cooper at a young age, but even then she sensed something was wrong with him. His charm, good looks, and wealth could not hide the danger that burned in his sapphire eyes. Some nightmares don’t go away. He’d been haunting her from a distance for as long as she could remember. Now things have changed. When her sons Jack and Tom discover she’s been taken, they set out to rescue her and uncover nefarious family secrets, explosive government conspiracies, and a series of horrific murders along the way. Only their colorful great aunt and a covert resistance group can help them navigate the dark underworld full of political subterfuge and class warfare. All the while, Maggie struggles to outwit her tormentor in a life and death psychological battle of tense desperation. Will Jack and Tom arrive before Cooper reaches his shatter point?


Midwest Book Review has described Jeff Altabef as an “articulate and engaging story teller” and “a contemporary novelist of considerable merit and imagination.” 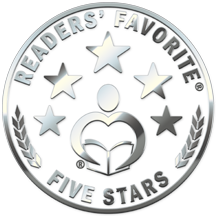 Reader's Favorite has given Shatter Point two 5 Star Reviews!
This is one of those books that no reader will be able to part with until they reach the end, I guarantee it. —Anne-Marie Reynolds, Readers’ Favorite Book Reviews and Awards This book has myriad twists and turns that will keep you holding on and wondering what is coming next.—Kathryn Bennett, Readers’ Favorite Book Reviews and Awards     About the prizes: Who doesn't love prizes? You could win a $15.00 gift cards to Amazon or Barnes & Noble, or an autographed copy of Shatter Point! a Rafflecopter giveaway

About the author: Jeff Altabef lives in New York with his wife, two daughters, and Charlie the dog. He spends time volunteering at the writing center in the local community college. After years of being accused of "telling stories," he thought he would make it official. He writes in both the thriller and young adult genres. Fourteenth Colony, a political thriller, is his debut novel. Jeff has a blog designed to encourage writing by those that like telling stories. You can find his blog, The Accidental Writers Workshop, on The Patch. Connect with Jeff on his website, Facebook, Twitter,or GoodReads.   Read an Exceprt! I’m a killer. No better than a common murderer, and worse, really. More like a serial killer who can’t help himself as he takes life after life, unable to stop even if he wished he could. Darian frowned at the corpse on the stainless steel autopsy table. “Damn it, Zeus, I thought you were going to make it.” His frown deepened until long lines etched into his face. Remorse wasn’t good enough. It was useless. Pointless, really. Remorse would not bring Zeus or any of the others back. He glanced at the video projections of Zeus’s brain development. His original brain on the left screen appeared normally formed and perfectly functional. The one on the right showed Zeus’s brain after he had injected him. Misshapen and grotesque, it was so overdeveloped it strained against the skull. Darian shook his head. “Not again. I can’t lose another batch of test subjects.” “We’re making progress, Doctor Beck. This time, the brain enlargement slowed at the end. With some adjustments, next time it might stop before....” George attempted to smile, but only the tips of his lips responded. Twice Darian’s age, he was so optimistic he could see the silver lining in a hurricane, but this lethal turn of events left even him speechless. “We’re missing something critical. We need to stop the brain development before it overwhelms the subject.” Darian peered through the glass wall that separated the autopsy room from the rest of the laboratory. The remaining five subjects sat perfectly straight and stared mournfully at the glass as if Darian and Zeus and the table with death hovering above it drew their gaze. An icy chill tickled its way up his spine. The others had no idea Zeus had died. They were often separated. To them, the glass wall was a simple mirror. They had no idea—could have no idea—a laboratory sat beyond the glass, yet he suspected they knew the truth: that Zeus was dead and he the killer. Darian nodded toward the remaining subjects. “It’s odd that they haven’t eaten their breakfast. It’s already past noon. They must be hungry.” Color drained from George’s face. “It’s unnatural for them to stare at the mirror like that.” Darian pressed a button on a keypad and the one-way glass window turned gray, blocking the other subjects from view. Led Zeppelin started playing. “It’s just our imagination. Hand me the circular saw. Let’s hope we can learn enough from Zeus to save his friends.” George handed him the shiny autopsy tool, but before he switched it on, the lab door swung open and Brenda Callaghan darted into the room. The normally composed, rather attractive young researcher appeared ashen, her jaw clenched tight. “What’s wrong, Brenda?”