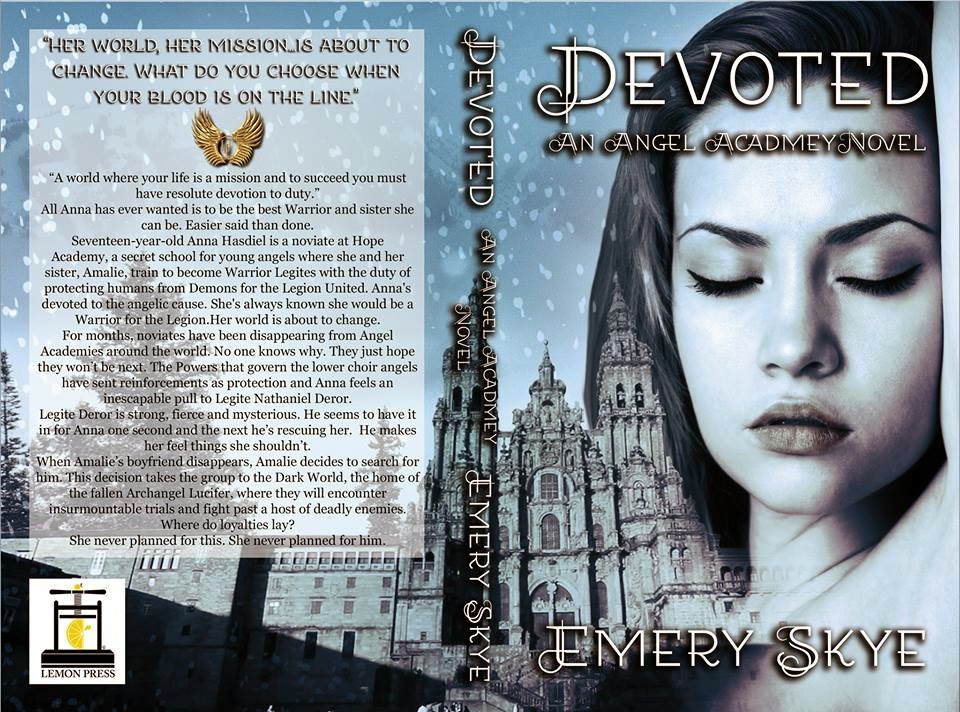 
“Her world, her mission…is about to change. What do you choose when your blood is on the line.”


A world where your life is a mission and to succeed you must have resolute devotion to duty.


Seventeen-year-old Anna Hasdiel is a noviate at Hope Academy, a secret school for young angels where she and her sister, Amalie, train to become Warrior Legites with the duty of protecting humans from Demons for the Legion United.


Anna's devoted to the angelic cause.


She's always known she would be a Warrior for the Legion. Her world is about to change.


Noviates have been disappearing from Angel Academies around the world. No one knows why. They just hope they won’t be next.


The Powers send in Legite Nathaniel Deror for protection. Legite Deror is strong, fierce and mysterious. He seems to have it in for Anna one second and the next he’s rescuing her. He makes her feel things she shouldn’t.


They must travel to the home of the fallen Archangel Lucifer, where they will fight past a host of deadly enemies. Where do loyalties lay? 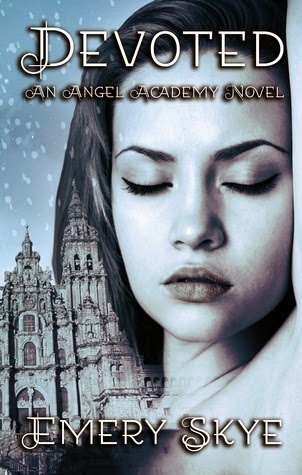 Excerpt from Chapter 1
I was enveloped in darkness. I tried to run, but my limbs were frozen. I tried to scream, but couldn’t. Invisible icy fingers squeezed my throat shut.
It was happening again.
The darkness slowly lifted like the curtains on a stage. Only this was anything but. My surroundings materialized. Large mounds of black rock encircled me. There were three gloomy, sinister tunnels ahead of me. Orange light flickered from a few torches held in the mouths of metal brackets on the stone walls. The shadows they cast licked the sides of the room while air whistled around stone stalagmites protruding from the ground. I envied the wind. It was free to move, free to leave. I wasn’t.
The high back of a scarlet chair with eagle talons for feet faced me. I tried to shut my eyes. I didn’t want to watch. Like any nightmare I was afraid of what I would see.
But, a stronger force was making me watch. Too bad that force wouldn’t get a life.
A demon hurried around the corner. I studied him as best I could. He wore all black from his chin to the ground obscuring his feet. The skin on his bald head appeared pasty white, out of place in the darkness. His head was bowed. I couldn’t see his face. He was shaking. It made me pity him. It made me think of somebody having a violent seizure.
Unexpectedly, a cavernous voice came from the chair and filled the space giving it an oppressive quality that felt both hot and curiously thick. It made my skin crawl. I couldn’t see the man responsible for striking fear into the creature. He was faced away from me. The demon was trying hard to control his movements, I could tell by the jerking of his arms.
“Shamir, I was beginning to wonder if you would ever come,” I could practically hear his jaws grinding together.
The pale demon looked at the voice in the chair, and I was immediately drawn to his bottomless eyes. The sorrow I saw made me want to cry and run like a coward.
But, I quickly realized I had no control in this room. Not of myself or the unfolding scene. I never did. If it were a normal stage, I’d have the ability to run onto it, but this wasn’t normal.
Shamir was gruesome. His face was concave: he had a prominent forehead; six fingers high, and eyebrows that dipped into his forehead. The nose was small and curved inward. His chin was also flat, but with an outward curve like a dirt bike ramp. Deep wrinkles and heavy lacerations marred his already awful features. His thin lips were tightly stretched into a grimace. Shadows slithered in his mouth. After an arduous moment, he spoke in a mournful voice.
“Sire, I came when I could. There is chaos in the Dark World, but,” his hands crossed in front of his stomach, he fiddled with his thumbs. His nervous energy was a buzz against my skin.
The suddenly irate voice from the chair interrupted him. “Silence! Why do I give such a pitiful creature as you a place on my council? Can you answer me that, Shamir?”
“Because, Sire, I am your loyal servant,” he sounded both afflicted and distant. I saw millennia of anguish in his eyes that had me shaking in my slippers.
“That you are Shamir... Do you know why I called you to me?” The voice paused momentarily and then began again, “it is time Shamir. Do you know what time it is?” Every word dragged on.
“How can that be sire?” Shamir remained composed; distant, yet, his eyes took on a fiery glow like an inferno.
“You must find…”
A moment of ringing silence passed and my stomach knotted. I strained my ears and eyes to catch the words... images that blurred at the edges, but it was useless. My time was up.
Not yet! I thought furiously, Just a little longer! I need to hear more... just a little more! 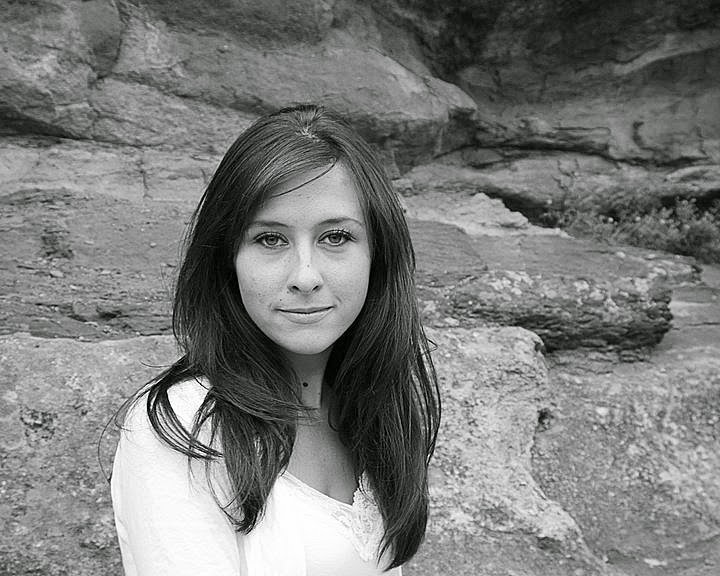 
Gemini Emery is a horse trainer living in Colorado with two yappy dogs and a few quirky horses.


She graduated from Regis University with a BS in Business Administration and a minor in philosophy.


A life-long reader, Emery has always had a special affection for the urban fantasy and paranormal romance realms.


When not riding horses or writing she actively searches for adventure and, as such, partakes in archery, skydiving, and shooting. In her downtime she reads until her vision blurs, writes, hikes, spends time with family and drinks an excessive amount of chai and coffee.


Devoted is her first novel.