Intelligent and well ahead of her times, ROSE PAYNE'S world is shattered after a secret betrothal to the duke’s son costs her job as a clerk in his father's household. Without a letter of recommendation, she becomes an easy target for recruiters to the Colonies. Desperate for work, she signs up for a risky overseas venture and sails for the New World, vowing never again fall for a wealthy gentleman.


Returning from a diplomatic tour in London, CHIEF MANTEO is bewitched by the elusive, fiery-haired ship clerk and determined to overcome her distrust. He contrives a daring plan to win her heart – a plan he prays will protect her from a chilling conspiracy involving murder, blood money, and a betrayal of their fledgling colony so terrifying it can only be revealed in BREAKING TIES. 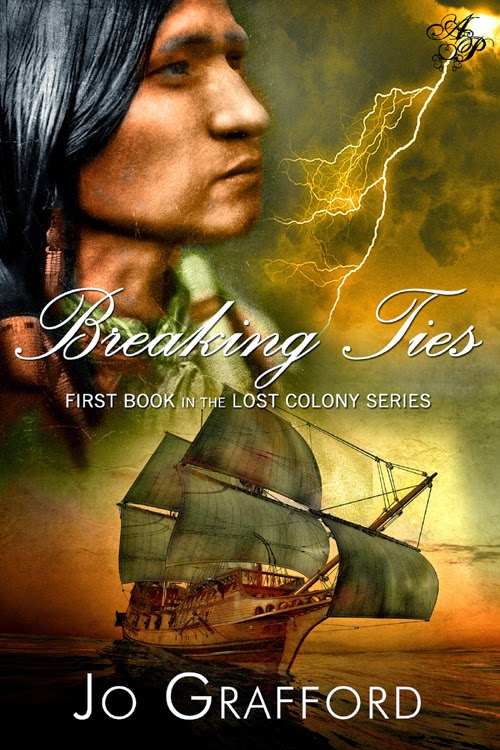 Special Note: BREAKING TIES is the never-before-told rest of the story of the Lost Colony.


"You want my help." 'Twas an accusation.

His eyes darkened. "I save your life. I give gifts. I offer marriage." He closed the remaining distance between us, his eyes burning into mine.

"You give nothing in return," he snarled. "You only ask for more."

"I would had I something to offer," I whispered. "But I have nothing. I am nothing."

"Then what use are you to me?" He wheeled away.

I sagged against the door, eyes stinging. I blinked rapidly and pressed a hand to my stomach. Nausea rolled at the thought of informing the others of my failure.

Manteo circled the cabin like a hawk stalking its prey. 'Twas a fine room with ornately carved shelves lining one wall. Bunks were built into the next wall. A generous desk jutted from the third, overflowing with maps and navigational devices. I recognized the compass and hourglass but could not identify the other instruments. I jerked in surprise when Manteo swooped down upon me.

"I know our location." His arms shot out and slapped the wall on either side of me, hemming me to the door. "I could swim ashore from here."

"Then why do ye stay if ye can leave and save yourself?"

"Governor White gave his word to deliver me home."

"We are going to starve, Manteo. 'Tis only a matter of days now."

"Nay. You alone starve. The others eat."

"I have no appetite."

"You act as one already dead."

I straightened my back. "I accept what I cannot change."

"And I change what I cannot accept." He shifted his weight to the wall, one arm propped over my head. He drew his fingertips down the side of my face in a feather-light caress.

I closed my eyes against the rush of unbearable sweetness. He made me long for things forbidden. "'Tis within your power to help us. I am begging you."

My eyes flew open. "Ye will do this for us."

"For you." His voice was silken, his features as hard as granite.

I smiled tremulously. "I thank thee, Manteo. Chief Manteo, that is." The new title felt strange on my lips. I beheld him with a mixture of awe and pride.

"I have yet to name my price."

He grunted in disgust. "You refuse me as both husband and lover, so you are left with the hiring of my services."

I worried my lower lip between my teeth. At least he was willing to negotiate. His eyes flashed with lust as he followed my movements.

"I will entreat the Dares for payment."

I raised and dropped my hands helplessly.

"You serve this company, no? You can serve my people, too."

"Ye would hire me as clerk?" Hope leaped in my chest at the possibilities. I would not have to part from him so soon.

"My people have no clerks." His eyes narrowed. "We have slaves."

My breath hitched. "Ye wish to punish me, humiliate me?"

I briefly closed my eyes against the pain. He already knew the reason for my refusal.

"Say no more. I will do it. 'Twill be punishment enough to see you so often and—“ I clamped my lips.

Exultation flickered briefly across his face. "You would give up your freedom to save your friends?"

"Swear it," he said grimly.

His eyes flared with emotion. He bent slowly 'til his breath stirred my lips. My eyelids fluttered closed. Heaven help me, for I had no will left to resist him.

"Now you will eat," Manteo commanded hoarsely. He stepped back, surveying me from head to feet.

"I have no slaves so thin and weak. Go. Collect your rations." He turned from me and bent to pore over a map on the table.

I reached for the door handle, disbelieving at the curt dismissal.

"And send for Anthony. I have need of him."

I glared at his back. Faith, should I press my face to the floor as well? "Aye, master." I bit the words out and fled. 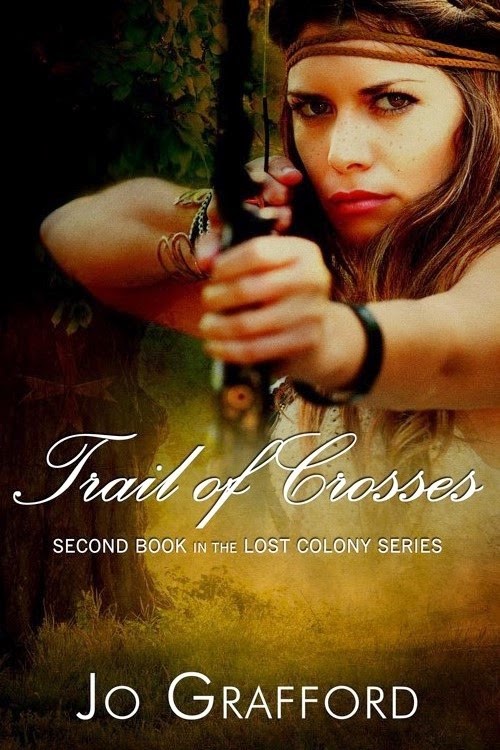 
Jane Mannering can shoot a rifle and handle a knife as well as any Englishman. However, she is no match for the red-painted warriors who ambush her section of a Colonial caravan the moment she and her comrades reach the shores of Virginia.


Jane plots their escape during a forced march inland, leaving a trail of maltese crosses carved on the trees – their pre-agreed upon signal of distress. All the while, she fumes over what interest their captors could possibly have in a twenty-three-year-old spinster and a rugged band of brick masons, sawyers, and farmers.


When the ruthless Chief Wanchese intercepts them at the crossroads of the Great Trading Path, Jane is shaken to discover their greatest enemy plans to keep her for himself. It’s a pity he’s the only man on two continents who’s ever stirred her heart. Alas, she has an entire colony to save, and capturing his attentions is not part of their escape plan.


If it had not been for the barking of the dogs and chattering of the lads who scampered at my side, I might have heard the shot - the low vibration of the string as the thin, wooden shaft released, the faint whistle of the arrow as it sliced an invisible yet deadly path through the air, the scattering of wildlife as the forest itself braced before the world's most fearsome predator. Instead, I merely felt the gentle lifting of my late father's top hat as the arrowhead sank into the aged leather and pinned it to the heart of the oak behind me.


The men assigned to guard me fired their muskets wildly into the perimeter of trees. My ears rang with their gunfire and frenzied oaths. Then the slow burn of anger took over.


I pivoted to yank the arrow, top hat and all, from the trunk. Separating the two, I jammed the damaged hat back on my head and tapped the lone arrow against my gloved hand. The miss was deliberate, meant as a taunt. Had the shadowy creature intended to kill me, I would already be dead.


I glared over my shoulder as the gunfire ceased. He remained out there, I was certain. Watching. This was a reminder that he is the hunter. I am the hunted. 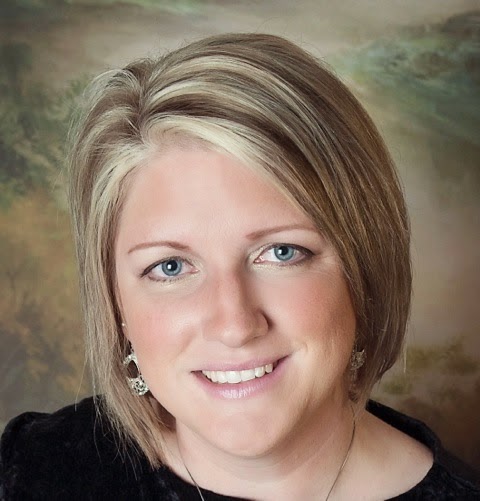 
Jo is a mega reader of all genres and loves to indulge in marathon showings of Big Bang Theory, NCIS, and Castle. Her favorite books are rich in Colonial and Elizabethan history, romance, strong women, alpha males, Native Americans, and creatures from the paranormal - an occasional dragon, vampire, or time traveler.


From St. Louis, Missouri, Jo moves a lot with her soldier husband. She has lived in the Midwest, the deep South, and now resides in Bavaria. Jo holds an M.B.A. and has served as a banker, college finance instructor, and high school business teacher. She is a member of Romance Writers of America, From the Heart Romance Writers RWA Chapter, and the Writers Group of Ansbach/Katterbach/Illesheim.