This post is part of a virtual book tour organized by Goddess Fish Promotions. Joanne will be awarding a $30 Amazon GC to a randomly drawn winner via the rafflecopter at the end of this post. Please click the banner to see a list of other stops on the tour.

Dinner theater can be a death sentence—literally.

Actress Isobel Spice and her best friend Delphi Kramer are thrilled to finally have an opportunity to perform together, even if it’s just a cheesy interactive murder mystery at a judge’s lifetime achievement dinner. But when Isobel’s dramatic death scene is upstaged by a real murder and Delphi is left holding the still-smoking gun, Isobel drops the role of victim and assumes the role of detective. With the help of her precocious brother Percival and her reluctant temp agent James Cooke, Isobel peels back layers of deception to reveal a shocking abuse of power—and no shortage of suspects eager to deliver justice to a man who denied it to so many.

Practically before the last word was out of Delphi’s mouth, the crack of the gunshot ricocheted off the walls. Isobel smacked her hand to her chest and felt the blood packet burst against her blouse. Someone shrieked behind her as she staggered forward onto the dance floor. The Brioschi burbled up from her throat, foaming out the corners of her mouth and down her face. She spun around, arms flailing, eyes closed. More shrieks erupted around her.

She finally collapsed on the floor, limbs splayed, and after a few full-body spasms, settled into a position she could hold until Peter lifted her into the fireman’s carry.

She strained to hear Andrew’s line, “You just shot my wife,” but she was distracted by the sound of a glass shattering somewhere to her left. Somebody kicked her arm, but she held still, determined to be a convincing corpse. A pungent tang of gunpowder tickled her nose. Funny, she hadn’t noticed that when they were practicing. And…was that someone crying?

Suddenly, she felt Peter’s stubble scrape her cheek as he hissed in her ear, “Get up. Get up!”

He tried to yank her into a sitting position, but the sharp movement made her choke on the still-fizzing Brioschi. She knelt on all fours, hacking and heaving until her eyes finally stopped tearing.

“You see?” she heaved. “That’s why I wanted to practice…”

Her words died in her throat as she got to her feet. Two Hostelry security guards gripped Delphi’s shoulders, pinning her arms behind her back. Delphi’s mouth was frozen open in horror. Slowly, Isobel turned and looked behind her. 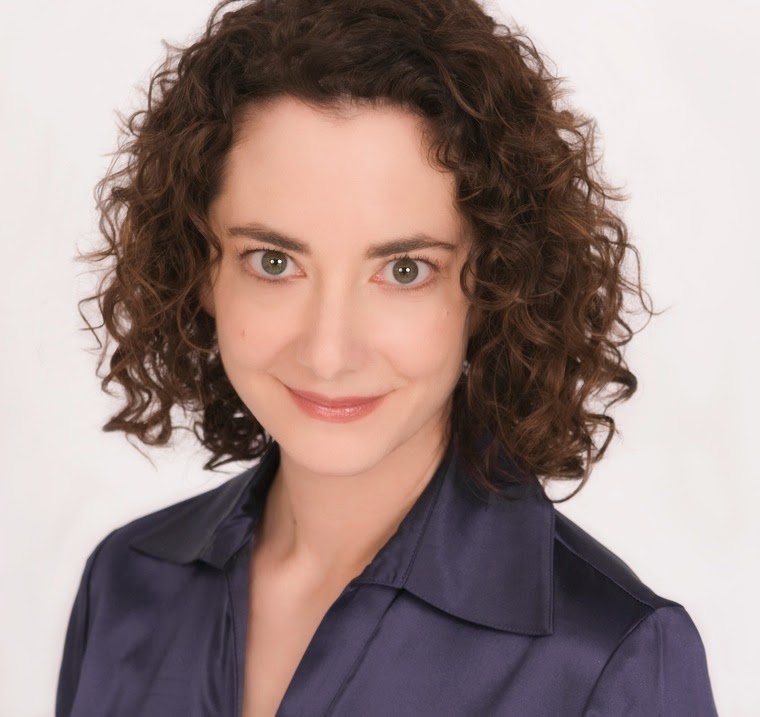 Joanne Sydney Lessner is the author of BloodWrites Award-Winner The Temporary Detective (Dulcet Press, 2012), which introduces Isobel Spice, aspiring actress and resourceful office temp turned amateur sleuth. Isobel’s adventures continue in the novels Bad Publicity (Dulcet Press, 2013) and And Justice for Some (Dulcet Press, 2014). The Ghosts’ High Noon (Dulcet Press, 2014), an Isobel Spice short story, is available on http://joannesydneylessner.com as a free download. Inspired by the true story of the world’s most expensive bottle of wine, Joanne’s debut novel Pandora’s Bottle (Flint Mine Press, 2010) was named one of the top five books of 2010 by Paperback Dolls. Her play, Critical Mass, winner of the 2009 Heiress Productions Playwriting Competition, received its New York premiere at the Lion Theatre on Theatre Row in October 2010. She has written the book and lyrics to several musicals with her husband, composer/conductor Joshua Rosenblum, including the cult hit Fermat’s Last Tango, which received its Off-Broadway premiere at the York Theatre Company in November 2000, and Einstein’s Dreams, based on the celebrated novel by Alan Lightman. They are currently developing a musical based on Wilkie Collins’s The Haunted Hotel for the Signature Theatre Company in Arlington, Virginia. Joanne is also a regular contributing writer to Opera News.


a Rafflecopter giveaway
Posted by 3 Partners in Shopping at 12:54 AM