Blondie and the Hitman by Kathy Shaw Book Tour and Giveaway

Blondie and the Hitman


If Dead Men Could Talk…


When a busty Blonde with amnesia barrels into Private Investigator Darla Bodecker’s life, Darla decides to help a bimbo out. She must use all her unique PI skills to discover Blondie’s true identity before the Russian Mob captures her.


Come along for the wild and crazy ride when Darla uses a big dose of humor and a little dash of romance to solve Blondie’s mystery. 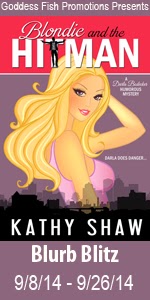 She ran her fingers through her hair and winced. The first piece of Blondie’s puzzle slipped into place. I’ll switch to decaf for a week if I’m wrong.

“Were you hurt” I asked, already knowing her answer.

“I had a mother of a goose egg on the side of my head and a headache from hell, but nothing serious.”

Yes! Concussion. Drinking decaf is like trying to catch a buzz on grape juice. Where’s the kick?

She paused and I thought I’d have to nudge her again, then she spoke, “But I was covered in blood.”

“Not yours?” I verified.

“No, not mine.” She stared hard into her coffee mug as though enlightenment swam in the blackness.

“Whose?” I asked, expecting her to give me her pat “I don’t know” answer again.

She cleared her throat, her voice weak and trembling, “Probably the dead man’s in the bed next to me.”

Shock slammed into me so hard I would have fallen flat on my ... if I wasn’t already sitting on it. 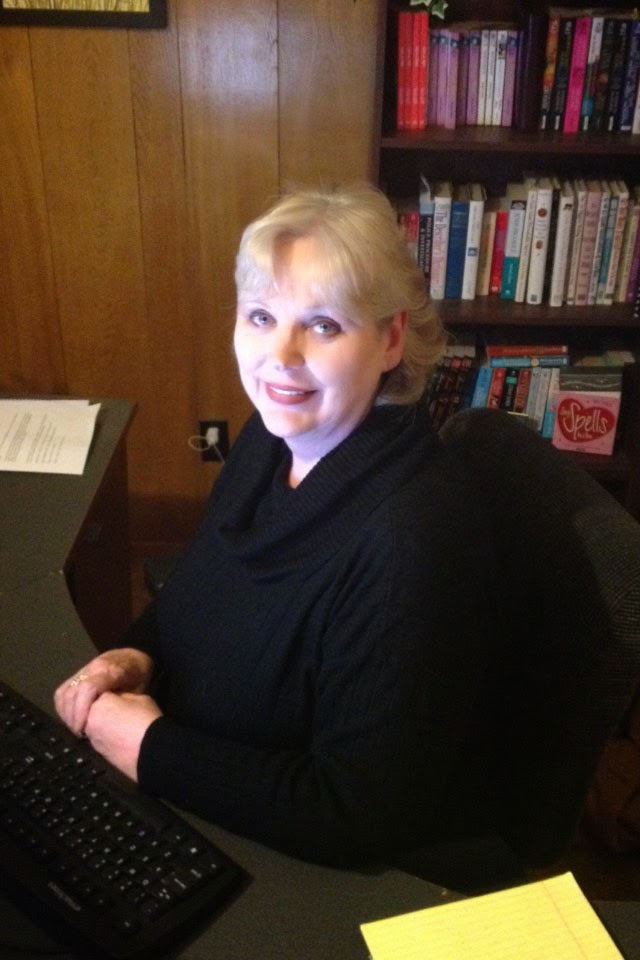 Kathy Shaw is a female version of a true Southern-bred good ol' boy. Her first love is her family, but her writing comes in a close second. She is multi-published in romance, but is currently working on a zany new mystery series.


She writes romantic comedies, humorous mysteries and playful erotica. The common thread in her writing is hands-down her humor.


She attributes a goodly amount of her success to her killer critique group. Her husband, however, credits it to her wacky--sometimes warped--sense of humor. But he's an Aggie, so what does he know?