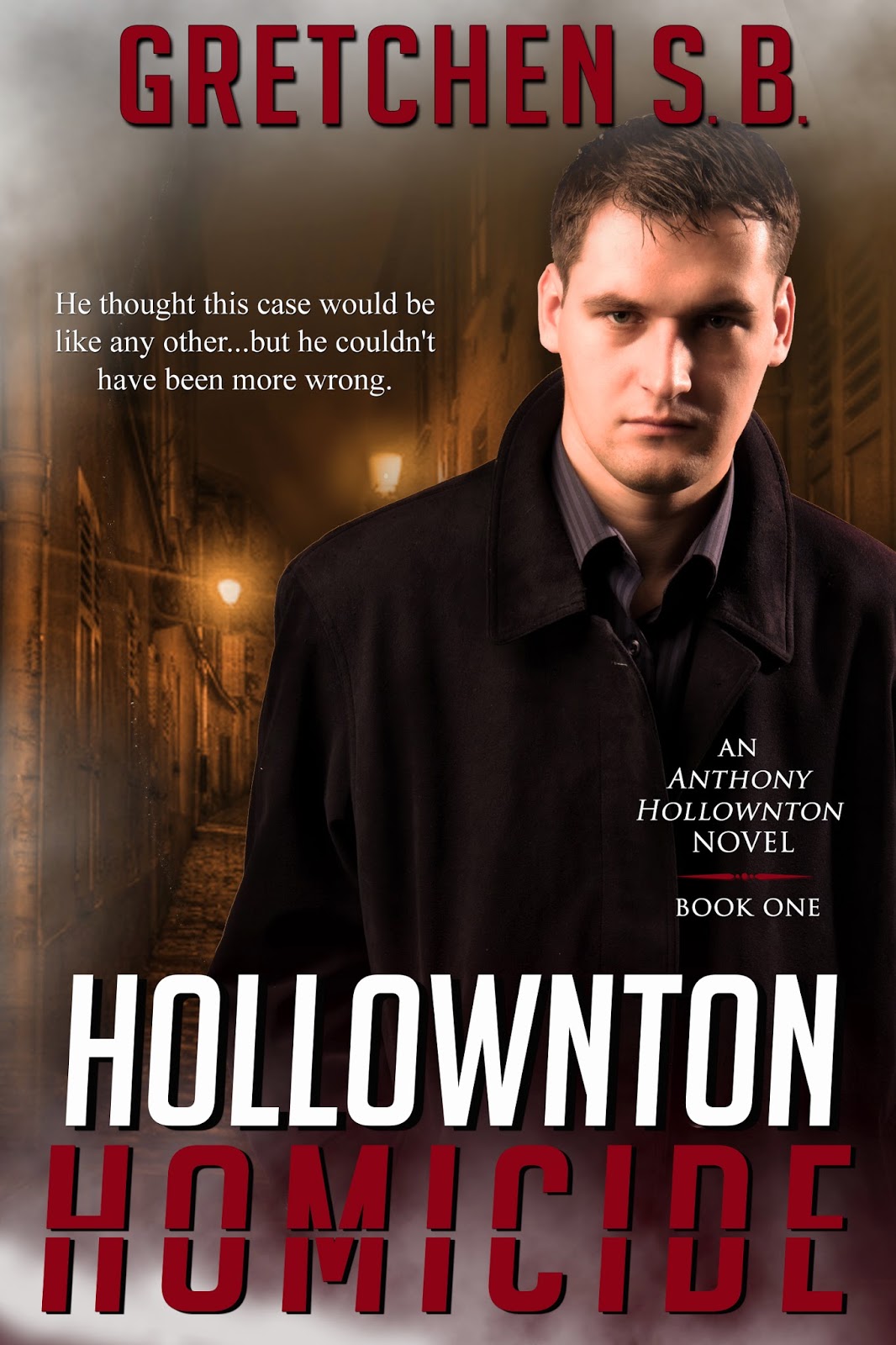 Homicide detective Anthony Hollownton thought he had seen it all until he and his partner, Rick Nelson, are called to a murder scene unlike any Tony has come across. There are no witnesses and none of the neighbors heard a thing.


Once Tony starts to investigate the facts of the case become stranger and stranger.


As the body count rises Tony is drawn into a world he did not know existed.


Starting with a visit from a dead woman from his past.


He must decide whether the paranormal truly exists or if these killing are some kind of delusional gang war.


Anthony swung up in bed. What had woken him? Had his alarm gone off? There was a ringing noise. He turned to his left and made a grab for the phone next to his bed.


That was as polite as they were getting for the middle of the night. If they had a problem with that they could deal with it. He looked at his alarm clock, five am. That meant barely more than two hours of sleep. Why would someone call him at five am?


There was a pause on the other end.


“Hello.” He repeated. He felt himself freeze.


He could hear talking on the other end. He silently pleaded that it wasn’t the same woman from earlier. He was just frustrated enough to trace the call and chew her out. He heard a male voice come on to the other end and Anthony exhaled, forcing his muscles to relax one by one. He had to get sleep; he was jumping to ridiculous conclusions.


“Hey Tony, sorry to call so early man, but I gotta ask you a question.” It was his partner. The tone in the man’s voice sounded serious but genuinely upset about saying whatever it was he was about to say.


Tony felt himself tense again, what if something was wrong with Amanda or the baby? “What is it Rick?” Tony tried to sound neutral.


When he heard his partner sigh he relaxed again feeling more tired than before.


“Look man, I don’t believe it but Amanda asked me to so I’m doing it.”


Tony screamed in his head. He wanted to get back to sleep. “Get to the point Nelson. I want to go back to bed.”


The use of the last name was usually reserved for when they were working. It showed Rick he meant business and told him to get to the point.


“As you know the land line is on Amanda’s side of the bed and she has picked up three phone calls since we went to bed she says it was a woman who laughs and hangs up. After the third time Amanda called *69 and the number is yours, your land line anyway. I wasn't sure at first since you don't really use it. But when I double checked in my cell, the numbers matched. I told her it was crazy, since you never have women over. I told her that outside of her and other cops you don’t even know any women, no offence, but she’s making me call anyway to make sure.”


Tony’s jaw dropped. Now he was wide-awake. He must have been silent too long because his partner’s voice came on with a worried tone.


Tony flicked on his bedroom light and scanned the room, empty. “Yeah man, I’m here, just shocked. I don’t have anyone here and I’ve been asleep. You know it could be some prank caller who knows how to reroute numbers or something.”


Tony debated telling his partner about the call at work but quickly dismissed it. With a wife and a four-month-old daughter Rick had enough on his plate.


“Yeah, I figured as much. I was just calling to make sure. Sorry for waking you up man. I hope you can get back to sleep.”


He heard his partner say something to his wife. “Good night Tony, See you tomorrow, I mean today.”


As he hung up the phone Tony looked about his room. There was nothing out of the ordinary. Against the wall at the foot of his bed was his 42' TV. To the left of the bed was the closet, which was still open from when he put away his work clothes, no one was in there. To the right of the TV was the door out into the rest of the apartment, still closed. Everything on the nightstand was still where he left it. Turning, he looked at the window above the bed, still locked. He turned back reaching into the top drawer of his nightstand and pulled out his gun and got out of bed. If there was anyone in his apartment he was going to find them. 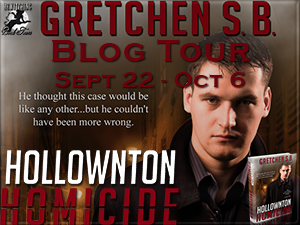 
Gretchen happily lives in Seattle, Washington where she spends her time creating new characters and situations to put them in. She also enjoys cheering on her local sports teams, even though it sometimes seems they are allergic to winning (Except the Super Bowl!).


She graduated from Central Washington University with a BA in History and a BA in Philosophy. She loves that Washington provides a large range of activities, from Shakespeare in the park to rodeos. At the end of her adventures she unwinds by curling up on the couch, knitting while catching up TV shows via Netflix.

a Rafflecopter giveaway
Posted by 3 Partners in Shopping at 12:56 AM