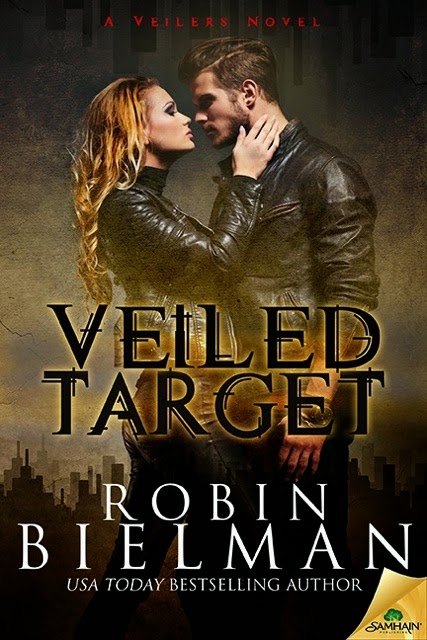 Never take Fate along on a date. The kiss goodnight could be deadly.

Tracking down Veilers—non humans—is only a sideline for Tess Damon. Vengeance for her fiancé’s murder is her reason for living. But with two botched jobs on her record, if she fails to eliminate her next mark, she’s dead. She’s not afraid to die, but not before she gets even. Too bad fate has a really bad sense of humor.

Hugh Langston, a wolfen half shifter, lives to keep both humans and his pack safe. But when rogue humans kidnap his apprentice, his rescue mission is compromised by a hot-as-hell, kick-ass woman who makes him think only one thing: mine.

Tess tries to ignore her feelings, but temptation trips her up. Especially when Hugh figures out he’s her next target and forces her into an inconvenient alliance that tests all the laws against their attraction. Now, with the line between good and evil getting blurrier by the minute, it becomes clear Tess’s only hope of living to see another day—and finding a murderer—lies with the one man she’s supposed to kill.

“Cut the cr*p, Tess. Why were you following me?”
“How do you know I was following you?” Oops. She meant to say, “What makes you think I was following you?”
He gave a knowing smile—that looked ridiculously sexy rather than irritating. “I know you don’t want to insult my intelligence so let’s just say for argument’s sake, if you were following me, why would that be?”
At least she’d gotten him to change his tone.
“Truthfully?” She leaned a little closer to him. She couldn’t help it.
“That would be nice.”
“I’m really not a very nice person,” she announced.
“Neither am I.” He reached out and moved a strand of hair behind her ear.
Was he trying to confuse her? Because it was working. She’d nearly fallen into his hand before he pulled it away. He was indeed a very bad man.
“That’s good. I hate nice guys. So where does that leave us?”
“I haven’t got all night, Tess.” He lowered his chin, indicating—she presumed—he was growing tired of their banter.
She lifted an eyebrow. “No? That’s too bad. I’m a night owl. I can—”
“Answer my question before I haul you to your car over my shoulder.” His tone sent a little zing of pleasure right to the tips of her breasts.
“As if you could—” She was over his shoulder in one second flat. He moved swiftly, quietly and with superhuman strength. Uh oh. “Hey, put me down!”
He started down the alley, seemingly unbothered by her spastic attempts to get him to let her go. “You ready to walk and talk now?”
“Fine,” she conceded, although the view of his backside was pretty damn good.
When both feet securely hit the ground, she tugged down her dress and shifted the V-neck into place. He watched her squirm to put the rest of the material back where it belonged and his roving eyes heated her from the inside out.
“I followed you because I wanted to help.”
He started walking. “Do I look like I need help?” A little gleam—and major interest?—flickered in his sideways glance.
“Well, no. But I’m very capable and I didn’t feel like going home, so I decided there was no harm in making myself available to you should you need me.” She took a deep breath. It was time to put the question out there. “Did you know Dane is a—”
“Wolfen? Yeah I know.”
“How do you—”
He stopped and turned toward her with confusion and passion in his deep blue eyes. For several seconds he stared at her, like he was trying to get inside her head. Guess what she was thinking. “I’m the leader of the Night Runners,” he finally said.
She imagined he’d told her something he’d never told another human being before.
What the h*ll was she going to do now? 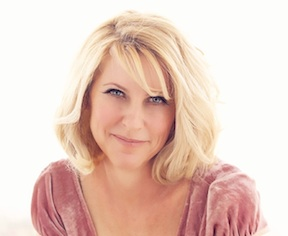 USA Today Bestselling Author Robin Bielman lives in Southern California with her high school sweetheart husband, two sons, and crazy-cute mini Labradoodle, Harry. When not attached to her laptop, she can almost always be found with her nose in a book. She also likes to run, hike, and dip her toes in the ocean. Filled with wanderlust, she longs to visit many different places and fulfill her curiosity. She wouldn’t mind indulging her sweet tooth in every location either. She’s a lover of sticky notes, cable television shows and coffee drinks. Writing is a dream come true, and she still pinches herself to be sure it’s real.

She writes contemporary and paranormal romance and loves to connect with readers. Learn more and sign up for her newsletter on her website at http://robinbielman.com. She can also be found online here: