In the mysterious dark South, strange old ladies, killers, hucksters, deceivers, and the unhinged lurk in the shadows where they are forced to confront inexplicable forces they do not understand. After a couple books a room in the famous Hotel Le Grande in New Orleans, one of them disappears, leaving the other to follow a bizarre trail to a sealed room where a gruesome murder took place some fifty years earlier. Uncle Poot, who has always been strange and eccentric, transforms after a board hits him on the head. Now he is a harbinger of death who sees entirely too much. A great swamp in Louisiana holds secrets-some beautiful, some sinister. But when two boys enter a forbidden, treacherous portion of the swamp, they face a crisis of conscience when they discover a serial killer’s treasure. Aunt Lootie, already known for her oddities, believes fireflies signify a bad omen. No one believes her-until her predictions begin to come true. Dark South shares a collection of mysterious tales that offers an unforgettable look into the minds of the odd people who inhabit a world that appears to be what it is not. 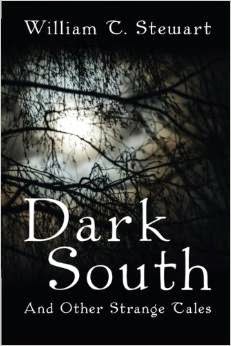 William is giving away a $25 Amazon Gift Card!

One winner will be chosen via Rafflecopter to receive one $25 Amazon Gift Certificate or Paypal Cash. This giveaway begins July 21 and ends on August 1. Winners will be contacted via email on Monday, August 4. Winner has 48 hours to reply. Good luck everyone! ENTER TO WIN!  :