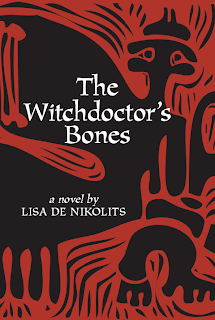 In The Witchdoctor's Bones a group of tourists gather. Some have come to holiday, others to murder. Canadian Kate ditches her two-timing boyfriend and heads to Africa on a whim, hoping for adventure, encountering the unexpected and proving an intrepid adversary to mayhem.
The tour is led by Jono, a Zimbabwean historian and philosopher, and the travelers follow him from Cape Town into the Namib desert, learning ancient secrets of the Bushmen, the power of witchcraft and superstition, and even the origins of Nazi evil.
A ragged bunch ranging from teenagers to retired couples, each member of the group faces their own challenges as third world Africa pits against first world greed, murderous intent and thwarted desire. The battle between goaded vanity and frustrated appetite culminates in a surprising conclusion with shocking twists.
With the bones of consequence easily buried in the shifting sands, a holiday becomes a test of moral character.
Unpredictable, flawed, fun-loving, courageous, bizarre, weak, kind-hearted and loathsome; the individuals in this novel exist beyond the page and into real life.
Seamlessly weaving history and folklore into a plot of loss, passion and intrigue, the reader is kept informed and entertained as this psychological thriller unfolds.

Comparative synopsis: A psychological, travel-based thriller set in Africa. A work of crime fiction in the continuation of the Agatha Christie tradition but with history and sociological facts woven through the narrative much in the way of The Witch of Babylon by D.J. McIntosh. The Witchdoctor's Bones is a more hard-hitting and literary version of Alexander McCall Smith's Number 1 Ladies' Detective Agency but also has aspects of humour, as well as a likeable and appealing female protagonist. The novel is similar to Deon Meyer's tough Heart of the Hunter with a touch of The Devil of Nanking by Mo Hayder, conveyed by the profound darkness of muti murder and witchcraft. The novel also explores how various individuals respond to their emotional pain and how even dangerous men attract women who find them attractive for their own complex psychological reasons. A holiday becomes a test of moral character.

Beautiful, sexy, exciting, mysterious, dangerous and twisted. Those words can be used to describe not only the alluring locations depicted in Lisa de Nikolits’ thrilling novel The Witchdoctor’s Bones, but also some of the eclectic characters fatefully traveling together on a tour bus through South Africa and Namibia. A suspenseful page-turner that will bewitch you until the end.
Warning: You may get hungry reading this book. Some of the exotic dishes described in this novel sound so enticing you may want to risk being on a bus-load of crazy people to sample them.
- Alexander Galant, author of ‘Depth of Deception (A Titanic Murder Mystery)’


"Imagine you've signed up for a low-budget safari in South Africa and find yourself cheek-to-cheek on a battered van with the most bizarre travellers you've ever met - except in some ways they do remind you of characters you've encountered in a late-night screening of Moulin Rouge.
By planting her characters in the untamed landscape of the South African wilderness, de Nikolits has stripped away the niceties and rigours of polite society. You're drawn in. Illicit love, rejected love, misfired love, machinations of all sorts, and all involving characters of dubious integrity and (in some cases) of questionable sanity. Such are the players in Lisa de Nikolits's The Witchdoctor's Bones, who've embarked on a journey that soon seethes with peril (physical and psychological), and not solely because of the wild creatures roaming the bush veld.
Sweet-talking Kate, the Canadian, is the closest thing you get to a heroine in The Witchdoctor's Bones, proof that the best woman will be left standing."
– Doug O'Neill, Canadian Living


Fascinating South African lore comes to life in The Witchdoctor's Bones. De Nikolits gives us more than an intriguing mystery - a look at the dark side of the human soul and the healing power of love.
– D.J. McIntosh, national bestselling author of The Witch of Babylon and The Book of Stolen Tales (Quill + Quire's top thriller for 2013).


Take sixteen travellers from around the world, gather them on a tour bus bumping its way along the rough roads of South Africa and Namibia, add jealousy, sexual obsession, secrets, violence, magic, poison, mental breakdown and the breathtaking arrogance of tourists treating Africa (and Africans) as their playthings, and you have Lisa de Nikolits’ psychological thriller, The Withdoctor’s Bones. As the travellers and their guides slowly reveal their true (and sometimes twisted) natures, the tension ratchets higher and higher in a narrative that draws deeply on African lore and history, with echoes of Christie’s classic Ten Little Indians, Katherine Anne Porter’s Ship of Fools and Chaucer’s The Canterbury Tales. - Terri Favro, author of The Proxy Bride


Put together an international group of travelers, each with their own secrets, in a bus touring Africa and you have the makings of a very suspenseful tale! Lisa de Nikolits does a masterful job of drawing the reader in and not letting go until the last delicious word! Set against an exotic backdrop of Africa and Namibia, this story is a great read! - Joan O'Callaghan, editor and contributing author of Thirteen


“A cast of intriguing characters is thrust together for an African adventure. What results is far more perilous than anyone could have imagined. Against the beautiful backdrop of South Africa and Namibia, danger and death lurk around every bend in the road, as the trip of a lifetime becomes the holiday from hell. Within the pages of The Witchdoctor's Bones multiple mysteries emerge, as Lisa de Nikolits takes the reader on a suspense-filled journey that won't soon be forgotten.”
—Liz Bugg, author of the Calli Barnow Series


Lisa de Nikolits has done it again. This time she shines her characteristically unflinching but loving and humour-filled gaze on the land of her birth, deftly weaving Africa’s ancient witchcraft practices, superstitions, breathtaking beauty and disturbing struggles into the journey of a group of modern-day tourists — whose motives for coming on the “trip of a lifetime” are in some cases highly suspect. The myriad conflicts between the characters are handled so subtly and the physical terrain of southern Africa painted so vividly, you won’t be able to tear yourself away from your own seat on the bus, even as the body count begins to rise.
- Brenda Missen, author of Tell Anna She’s Safe


What I really enjoy about Lisa de Nikolits is her refusal to be pinned down to a particular genre. Besides the fact that The Witchdoctor’s Bones is so different from all her other novels, it’s also incredibly difficult to classify it in its own right. Part travelogue, part psychological thriller, part sociological and anthropological study, The Witchdoctor’s Bones entertains, educates and fascinates all at the same time. It’s a gripping read that draws you into the heart of darkness, both in the literal and figurative sense; the action takes place in untamed Africa, but it’s the darkness in the human heart that de Nikolits portrays with such chilling precision. It’s a page-turner that will keep you biting your nails right up to the bitter end.
- Bianca Marais, http://biancamarais.com/ Musings of a Wannabe Writer 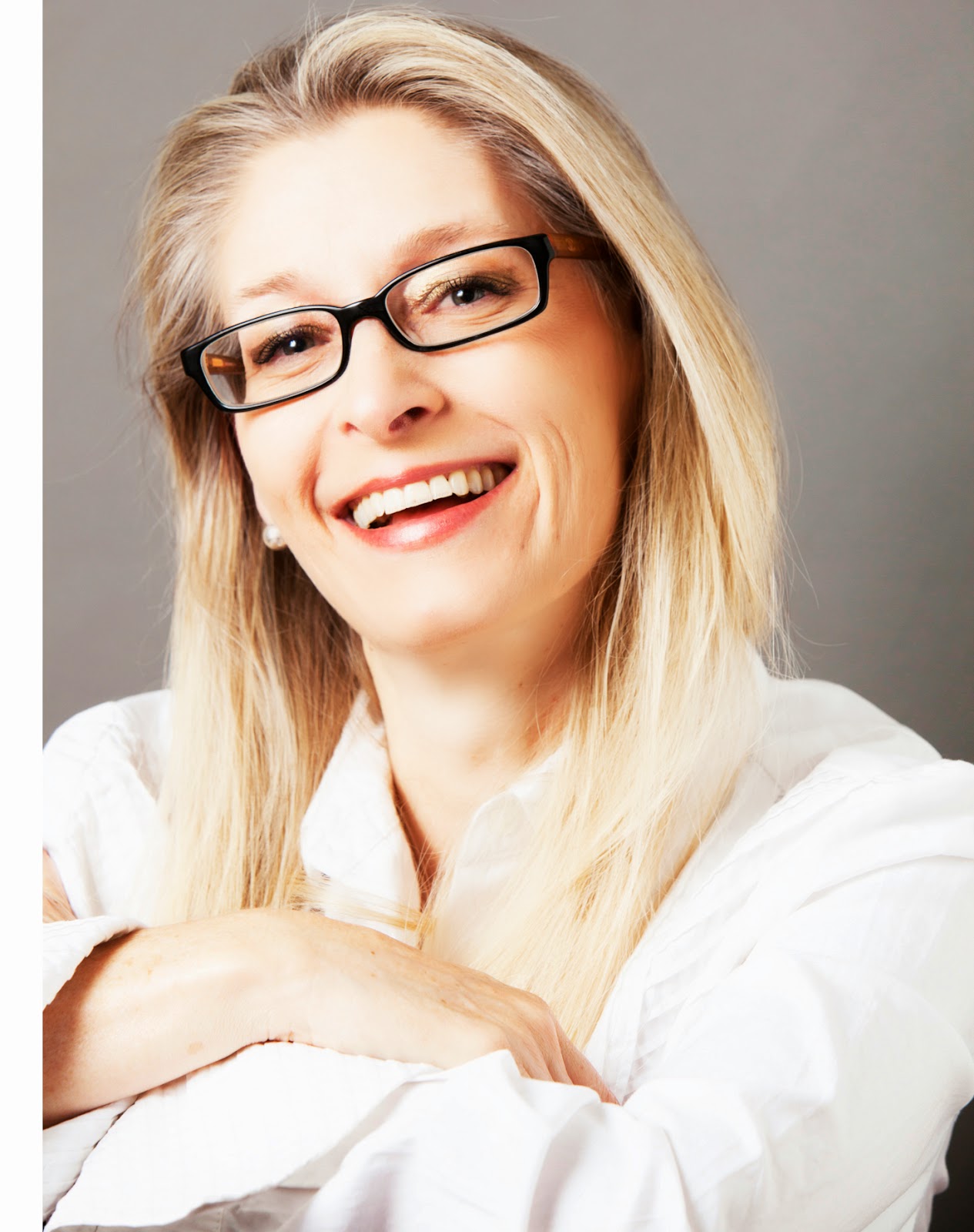 Originally from South Africa, Lisa de Nikolits has been a Canadian citizen since 2003. She has a Bachelor of Arts in English Literature and Philosophy and has lived in the U.S.A., Australia and Britain.
Her first novel, The Hungry Mirror, won the 2011 IPPY Awards Gold Medal for Women's Issues Fiction and was long-listed for a ReLit Award.
Her second novel, West of Wawa won the 2012 IPPY Silver Medal Winner for Popular Fiction and was one of Chatelaine's four Editor's Picks.
Her third novel, A Glittering Chaos, launched in Spring 2013 to much acclaim and is about murder, madness, illicit love and poetry.
All books published by Inanna Publications.

This was a book full of mystery and suspense that keeps you hooked until you get to the very last page. It keeps you guessing until the very end. I loved the storyline and I love the cast of characters. Lisa De Nikolits is a wonderful author and I intend to get all of her books. I give this book a 4/5. I was given this book by Partners in Crime and all opinions are my own
Posted by 3 Partners in Shopping at 1:13 AM