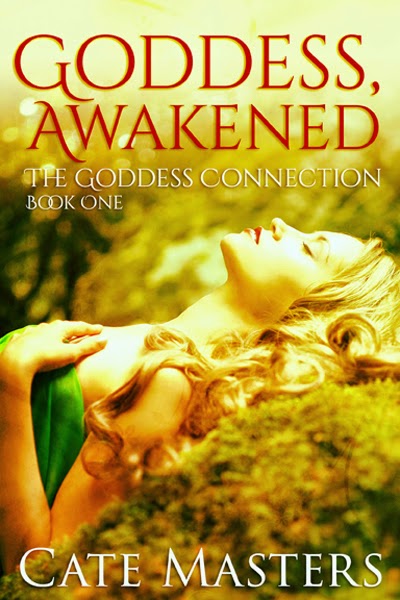 
With a little help from a goddess, battling evil is a piece of cake for Jocelyn Gibson.


A descendant of the goddess Iris, Jocelyn Gibson may have forgotten about the realm of magic, but it hasn’t forgotten her. When Eric Hendricks is targeted by a demon, Joss must step in to battle the evil and save the town’s awkward, but endearing, vet…who also happens to be the man she loves.


Joss’s new inn, a culinary career specializing in cooking with lavender and a new love all make for a fine recipe of disaster. She needs to embrace her inner goddess and harness the powers she never knew she had before it’s too late. 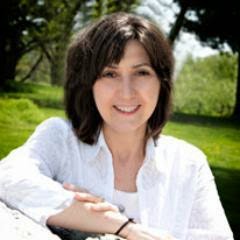 
The sting remained with Joss long after Eric fled the inn. Deep-rooted pain emanated from him when he’d first entered, and his palm against her arm sent an electric shock straight to her bones. The poor man. Grief kept him its prisoner. Joss understood how easy it was to fall into that dark trap. The way he’d held her, he sought escape. Comfort.


He awakened deep-seated sensations in her. In the few moments with him, she’d felt more alive than she had in three years.


So strange. Normally, one look allowed her to see the person inside. With Eric Hendricks, her receptivity went into overload. His soul, pent up for years, stirred to life and churned up love, fear, joy, hopelessness, yearning, jumbled and shifting faster than light. He displayed great strength in his firm stance and gentle touch. Beneath a hard veneer of sheer pain, one other trait came through clearly—purity of spirit, and integrity enough for many men.


The arrival of more guests drew Joss to the foyer again. Another matronly witch and an older man wearing a checked flannel shirt, jeans, and boots stepped inside, followed by a princess and a boy in a fabric turtle shell.


Joss recognized the girl as one of the riders whose horse was boarded at the inn’s stable. After greeting them and pointing them toward refreshments, she returned to Lydia. “Sorry about Dr. Hendricks.”


“Don’t apologize. It’s wonderful you have so many guests.” Lydia fingered the flowers in the vase on the table.


One woman stood in the archway to the front room, her bright-eyed glare directed at Joss. Wearing a short white shift adorned with large red hearts, the woman held a wand topped with a glittering red heart.


Confused by the woman’s malevolence, Joss approached and fought to overcome the negativity oozing from her. “Did you try some of the booscotti?”


The woman tilted up her chin. “I’m not hungry, Mrs. Gibson,” came her familiar nasal reply.


Recognition finally hit. Of course—the girl who worked at the diner in town. “Sheree?”


At her curt nod, Joss forced a smile. “I love your costume.”


What could be her problem? The woman wielded her wand like a weapon, ready to strike. “Please have a drink and make yourself at home.”


“Thank you.” Her narrowed eyes swept the room as if suspecting an ambush, and then she moved stiffly away.


Joss crossed the room to Lydia. “That was weird.”


Lydia whispered, “Be careful of her.”


“Sheree? I can’t imagine why.” Could she be nervous the inn would take away some of the diner’s business? Though Joss would have liked to think it was the cause of her strange behavior, Sheree’s vibes told Joss otherwise. Business had nothing to do with it. The waitress directed her bad juju at Joss personally. Had Joss unintentionally insulted Sheree? She’d barely met the woman.


Leaning close, her aunt spoke sternly, “I warned you to watch for others who seek the power of this place.”


Sheree? Her aunt must be mistaken. The woman’s terrible attitude resulted from something. Maybe an imagined slight? Joss would find a way to put Sheree at ease.


More guests entered, and Joss excused herself. She left Lydia deeply inhaling the air. Joss couldn’t deny the charged atmosphere was one of the reasons she’d bought the place. Not to tap into any lines of power for herself, but maybe to enhance the lavender field she planned. Joss needed the garden to thrive so the inn would as well. 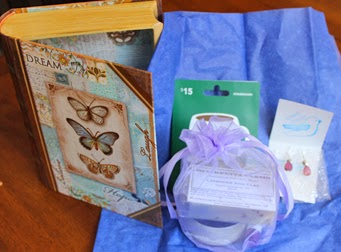 
My review;  I just finished reading Goddess, Awakened by Cate Masters. The book is a little different than what I am used to reading but it is thoroughly enjoyable and will keep you interested.  Joss is  a kind of woman that you can really understand her feelings. Her character is explained very well by the author so that you feel as if you might actually know her. The Goddess Iris is one of her ancestors and  Joss has tried to forget that part of her past and move on. The problem is it won't let her forget. I give this book a 4/5. I was given this book by  Book Promotions by Literary Nook,  and all opinions are my own.
Posted by 3 Partners in Shopping at 1:06 AM