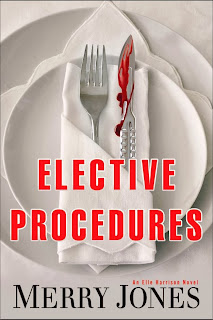 Elle Harrison has taken a leave of absence to mourn the death of her husband Charlie.
Her friend Becky takes her out to dinner to cheer her up and, on impulse, drags her into a fortune teller's shop. The fortune teller predicts that Elle will travel and meet a new man. She also says that Elle is surrounded by a dark aura that draws the dead to her.
Elle dismissed the predictions as hogwash. But then her friend Jen takes her, Becky and another friend, Susan, to Mexico where she is getting lost cost cosmetic surgery. Elle is attracted to and asked out by Jen's surgeon, Alain DuBois. And Elle finds a woman hanging onto the balcony next to hers by her fingertips. Elle tries to save her and fails, almost dying in the process.
All of the fortune teller's predictions have come true. And, as the week progresses, more of Alain DuBois' patients are gruesomely killed, Jen is attacked, Elle is nearly murdered, and the spirit of her dead husband Charlie keeps appearing to her.
Who is trying to kill Dr. DuBois' patients--And why? Who is trying to murder Elle? Why does she keep seeing Charlie--Is she nuts? Or is his spirit really trying to protect her?
ELECTIVE PROCEDURES makes a week in Mexico into a chilling page turner, full of twists and unexpected developments, as well as a face lift or two.

Don't look down. Don't look down.
I kept repeating those three syllables, a singsong mantra to steady myself and get through time, pushing through seconds and minutes until it would be afterwards and this nightmare would be over.
Don't look down.
But I didn't have to look. I knew what was beneath me. I could picture what was lying six stories down on the concrete beside the kidney shaped swimming pool, near the mouth of the alligator water slide. Under the glowing light of sunrise, I imagined a widening crimson puddle. A clump of arms and legs. A shattered bone protruding through flesh. Tangled hair matted into a cracked skull.
Don't look down, I said again, and I didn't. Instead, I aimed my eyes straight ahead focusing not on the brick wall in front of me, but on the air surrounding my head. I stared into it, straining to see my aura, looking for stains, for splotches of darkness. Was it possible to see your own aura? Was there even such a thing? If there was, I couldn't see it, saw only inches of emptiness between me and the bricks, and, at the periphery of my vision, the railing. For the briefest moment, I had a lapse; I almost turned my head, almost looked down at my hand. Don't look, I chanted. Don't look. Looking would mean moving my head. And if I moved it--if I moved anything at all, I'd disrupt my balance and slip, and then, with a thud, there would be two blobs of bones planted beside the pool.
A pelican dive-bombed past me, the rush of air nearly knocking me over. I held my breath, holding steady. I called out again, hoping someone would wake up, but no one came. So I told myself to stay steady and thing of other things. Other times. I stared at the wall and repeated: Don't look down don't look down don't look down. 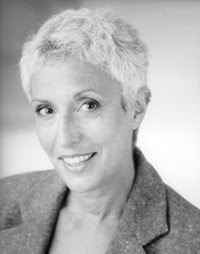 Merry Jones has written the Elle Harrison suspense novels (THE TROUBLE WITH CHARLIE, ELECTIVE PROCEDURES), the Harper Jennings thrillers (SUMMER SESSION, BEHIND THE WALLS, WINTER BREAK, OUTSIDE EDEN, and this fall, IN THE WOODS), the Zoe Hays mysteries (THE NANNY MURDERS, THE RIVER KILLINGS, DEADLY NEIGHBORS, THE BORROWED AND BLUE MURDERS). She has also written humor (including I LOVE HIM, BUT...) and non-fiction (including BIRTHMOTHERS: Women who relinquished babies for adoption tell their stories). Jones taught college creative writing for fifteen years. Her work has been translated into seven languages, and appeared in many magazines, including GLAMOUR. She is a member of Mystery Writers of America, The Authors Guild, International Thriller Writers, and The Philadelphia Liars Club. The mother of two grown daughters, she lives outside Philadelphia with her husband.

My review;
Elective Procedures is the kind of mystery that draws you in and does not let go until you have read every twist and every turn until the last page. Elle Harrison is the main character that you can really start to wish that you knew and  she was your friend. Elle's life is full of suspense and you are right there experiencing the thrilling ride with her. This book is a mix of suspense, intrigue and being betrayed by others. I give this book a 5/5. I was given this book by Partners in Crime Book Tours and all opinions are my own.