The Treasure of Kefer Shimon Blog Tour and Giveaway


The Treasure of Kefer Shimon is the story of a young American priest given a secret assignment by the Vatican to track down the source of three ancient scrolls that have come into the possession of the Holy Sea. If the scrolls are genuine, they will cause a revolution in Biblical studies. Along the way he makes many startling and shocking discoveries deliberately kept hidden for centuries.


Filled with historical fact masterfully woven with fiction, it takes David Lavarans on a journey into the secret dealings of the Vatican, into the ancient archives of a medieval Pope, into a Middle Eastern monastery, and into the Arabian Desert. Here, he makes a shocking discovery that has been kept hidden since the time of Christ. If revealed, the ramifications will rock biblical scholars and historians.


David is neither heroic nor a pursuer of power. He is simply a young parish priest completely unaware of why he, among thousands of more prominent priests, is singled out for this mission by someone more powerful than the Pope himself.


Ancient scrolls, the high ranks of the Vatican, a young American priest, the Middle East, and secrets that will shake the world of Christianity and the interpretation of the New Testament all play a role in this intriguing biblical adventure which spans 2,000 years. 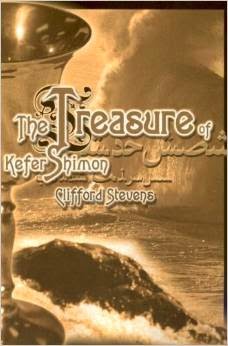 Father Clifford Stevens is a priest of the Archdiocese of Omaha and the founder of Tintern Monastery. He graduated from Boys Town. He entered the Air Force as a Chaplain and served on bases in California, Alaska, New Mexico and Japan. He left the Air Force to become the Executive Editor of The Priest magazine and was later editor/publisher of Schema XIII, a journal for the Priest in the Modern World. He was at one time the associate director of Liturgy in Santa Fe, a liturgical institute in New Mexico.


His writings on religious and theological subjects have appeared in Chicago Studies, America, U.S. Catholic, Pastoral Life, The Priest, Our Sunday Visitor, Liturgical Arts, the Homiletic & Pastoral Review, Cistercian Studies, the American Benedictine Review, Angelicum and the Review for Religious.


He is the author of twelve published books, including the historical novel, Flame out of Dorset published by Doubleday & Co., A Life of Christ, The Blessed Virgin, Father Flanagan: Builder of Boys, the One-Year Book of Saints, Portraits of Faith, Astro-Theology: for the Cosmic Adventure, The Noblest Love, On Christian Marriage and Intimacy with God, and Aloysius, a collection of essays about St. Aloysius Gonzaga.


Clifford is giving away a $25 Amazon Gift Card! Terms & Conditions: By entering the giveaway, you are confirming you are at least 18 years old. One winner will be chosen via Rafflecopter to receive one $25 Amazon Gift Certificate or Paypal Cash. This giveaway begins July 21 and ends on August 1. Winners will be contacted via email on Monday, August 4. Winner has 48 hours to reply. Good luck everyone!


As the Pages Turn


Inkslinger’s Opus
Posted by 3 Partners in Shopping at 12:29 AM