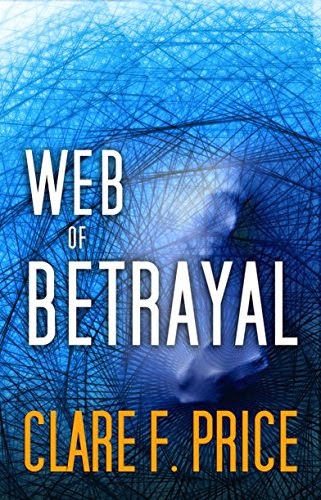 There’s No Hiding in Cyberspace

The year is 1994, the dawn of the Internet Age, when companies from Silicon Valley to London are fighting to claim the billions to be made on the new information highway.
Peter Ellis, an aggressive investigative reporter struggling to repair his damaged reputation after being framed for rigging a story, attends the Consumer Electronics Show and learns that a skilled programmer known for cracking secure computer code has mysteriously disappeared.
Peter’s quest to find the missing programmer unwittingly pits him against a brilliant hacker and deranged killer with an agenda of his own: taking revenge on the man who ruined his life—computer industry luminary David Lockwood—who is now poised to introduce a product that will change the Internet forever.
As Peter is drawn into the deadly game of betrayal and murder, he is faced with losing everything he holds dear: his career, his one true love, even his own life. Can he find the programmer’s encoded disk—which the holds the key to the killer’s identity—before his luck runs out?

I just finished reading Web of Betrayal and I have to say that this was the kind of book that gets your interest from the very beginning. The book is full of action, suspense and twists and turns. It was very hard for me to put down for even a little while until I finished it.  I loved the storyline and the strong characters. I give this book a 4/5. I was given this book by Partners in Crime Tours and all opinions are my own. 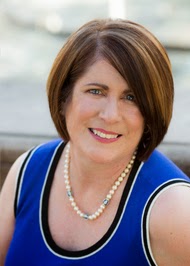 Clare witnessed the birth of the commercial Internet firsthand as a research director with the Gartner Group, the global leader in information technology consulting. As a principle analyst in Gartner’s Internet Strategies Service, Clare assisted many of the world’s biggest technology companies (IBM, Microsoft, Cisco, HP, Sun Microsystems, Oracle) in their bid to make the information highway a reality. That experience prompted her to write her first novel, WEB OF BETRAYAL, set in 1994 at the birth of the Internet. Fury is unleashed when a long simmering grudge match between a brilliant hacker turned killer and a renegade tech visionary erupts into murder and betrayal, and a struggling reporter risks his life and one true love to find the truth. Clare began writing at age five with her short story, “My Dog Nicky.” In her career she has been a business journalist, tech industry journalist, Internet industry analyst and a VP of marketing for several software startups. Clare is an Ohio native and a graduate of the University of California, Berkeley, with a B.A. degree in Rhetoric. She currently lives in Sacramento, California with her two Shetland Sheepdogs, Dan and Toby.