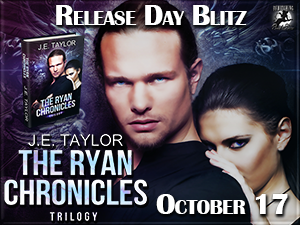 When CJ Ryan's girlfriend decides life is less complicated without him, CJ travels a destructive path into despair, walking the line between what's right and what feels good. But what feels good is a dangerous slope to travel, especially when Lucifer wages war for his soul.

One wrong step and CJ could fall into the devil's trap, becoming no better than the demons he battles.

CJ Ryan still can't remember a thing about his past, but he is determined to have a future with Valerie. Despite his lack of memory, he finds himself ensnared in the cutthroat world of entertainment whether he wants it or not. The push into the spotlight shines a harsh glare on his family and brings with it a plague of horrors that drag him to the edge.

With the darkness of the past threatening, CJ turns to his brother looking for answers, but when an enemy with a psychotic history re-enters their lives, it will take more than just his memory to save them. 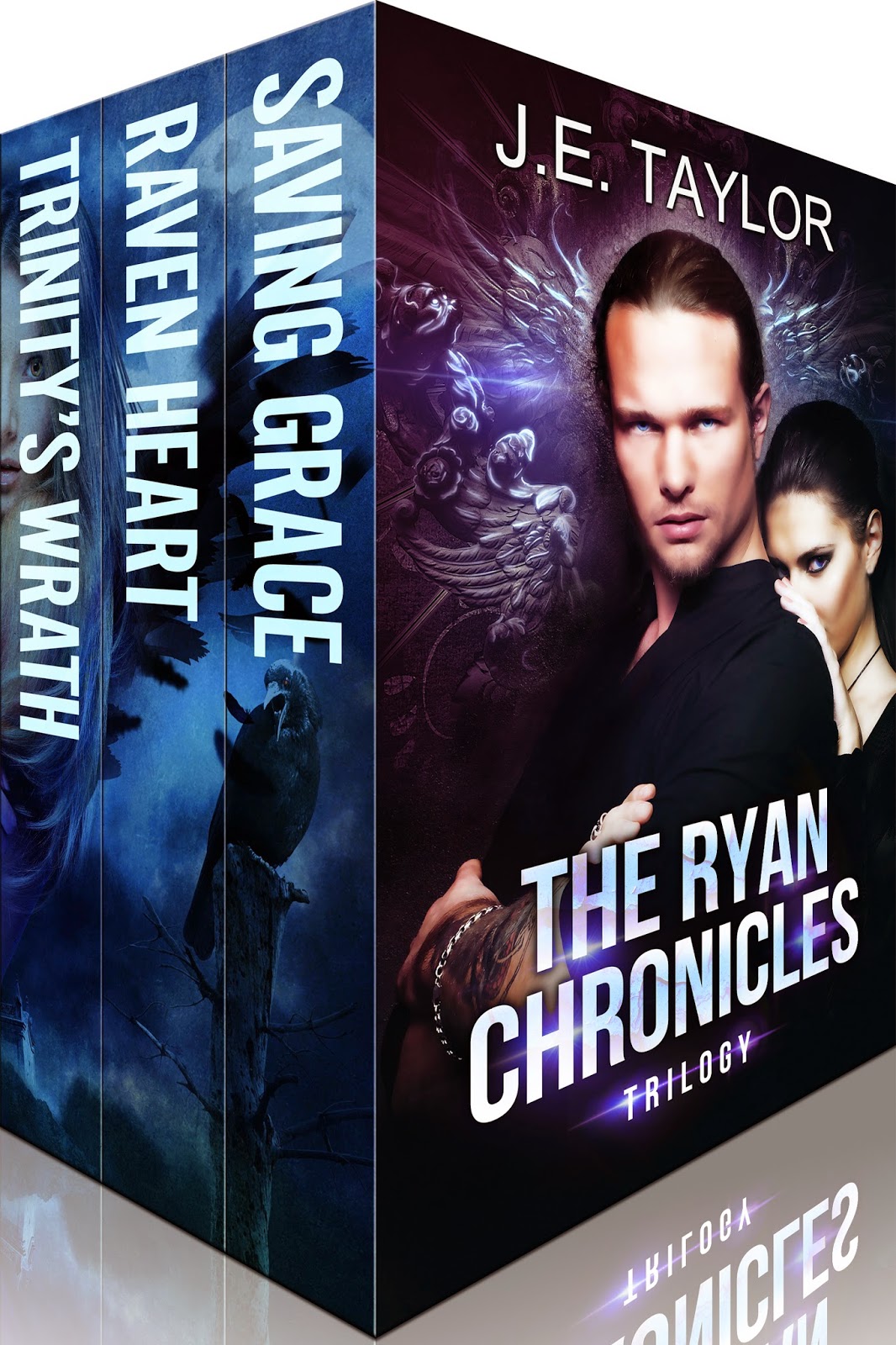 CJ Ryan's life seems to have fallen into place, and while the backdrop of his Hawaiian honeymoon provides the perfect healing elixir, the guilt of sentencing his father to an eternity of torture at Lucifer's hands starts to intrude on his happily-ever-after.

When he and Valerie return from Hawaii, a note from the king of hell greets him, outlining in sickening detail his plans for CJ and those he holds dearest.

With everyone he loves on Lucifer's hit list, CJ must start living up to the bargain he made in Heaven, but every one of Hell's gates he closes is one less portal available for his father's escape.


She smiled and I felt a need stir inside me, and it had nothing to do with my heart, or soul, for that matter.


“You really let a demon tie you up?” Dimples appeared in her cheeks and mine bloomed with heat.


I shifted, focusing back on the darkness beyond the glass, suddenly uncomfortable and unable to look at her. I swear my face must be the shade of a bright red kickball. “I wasn’t exactly myself,” I said without looking at her.


The kind of chuckle that was meant as a turn on and I slid my gaze to her. “You like your men tied up?” I raised an eyebrow. It was her turn to blush and she grinned, shrugging and looking back outside. Before I could explore more of this conversation, she took a step back, dragging me with her.


There must have been a dozen pale creatures slinking across the back yard. I gave her hand that gripped my upper arm a gentle pat and she turned her frightened gaze to me.


“They won’t get through.” My voice held confidence, but deep inside, I was trembling just as much as she was. Damian, Steve, and I had wiped out more than this at the cove, but that was three of us and of course Paradise Cove probably had a lot to do with it.


We both focused on the approaching horde and without much thought, I slung my arm around Valerie’s shoulder and pulled her close. It was time to concentrate on the deadly quality of the wall I put up. I wasn’t sure of how much sizzle to put into it.


“I want to see them burn,” Valerie said, answering my silent contemplation and a chill ran up my spine.


She had every right to hate these creatures as much as demons and I concentrated, glaring at the approaching danger. Saliva ran from their lips and their teeth gleamed in the moonlight. My heart pounded in my chest, sending throbbing vibrations through my skin. The harder my heart beat, the hungrier the approaching vampires looked.


“Just a few more feet,” I muttered, focusing on the entire perimeter of the house because I wasn’t as much of an idiot as they thought. This wasn’t the only line of assault. Still, when they advanced, I took a cautious step backwards, pulling Valerie with me. The power inside me grew and I couldn’t tell whether it was the adrenaline or the power raking across my skin like a hundred finely manicured nails. The sensation grew, moving from the land of pleasure into the world of discomfort and I gritted my teeth.


They all launched towards the glass slider and the moment they hit my invisible barrier each vampire burst into a ball of flame. The roar of fire drowned out their screams, but I heard them and the dark part of my soul reveled in it.


Valerie let out a high pitched laugh and I glanced back at her, smiling.


She met my gaze with a measure of awe. “The only one I ever saw do something that impressive was Michael.”


Being compared to an archangel was humbling and I glanced outside at the black dust spinning on the wind. “I’m not an angel.”


“Oh, I gathered that,” she said and stepped away.


I turned towards her. “What do you mean by that?”


I shoved my hands into my pockets and stared at the floor, shamed by the fact she was privy to my more decadent actions. Instead of apologizing, I lifted my gaze to hers, studying the memories of her past, especially the times after the more traumatic events. Naomi was right about one thing. The girl never freaked out. Ever.


And therein lay the challenge.


I let a grin slowly surface and narrowed my eyes, stepping closer. “So, you want to try out some of those ‘activities’ with me?”


She laughed. The kind of laugh that bruised a man’s ego and when she went into the gale realm, I crossed my arms, my good humor turning sourer by the second.


J.E. Taylor is a writer, a publisher, an editor, a manuscript formatter, a mother, a wife and a business analyst, not necessarily in that order. She first sat down to seriously write in February of 2007 after her daughter asked:


“Mom, if you could do anything, what would you do?”


From that moment on, she hasn’t looked back and now her writing résumé includes more than a dozen published novels along with several short stories on the virtual shelves including a few within eXcessica anthologies.


In addition to being co-owner of Novel Concept Publishing , Ms. Taylor also moonlights as a Senior Editor of Allegory an online venue for Science Fiction, Fantasy and Horror. She has been known to edit a book or two and also offers her services judging writing contests for various Romance Writers Association chapters.


She lives in Connecticut with her husband and two children and during the summer months enjoys her weekends on the shore in southern Maine.


Visit her at www.jetaylor75.com and sign up for her newsletter for early previews of her upcoming books, release announcements, and special opportunities for free swag!


And as always, please consider leaving an honest review!


The Seduction of Sir Galahad


The Understudy
Posted by 3 Partners in Shopping at 11:59 PM