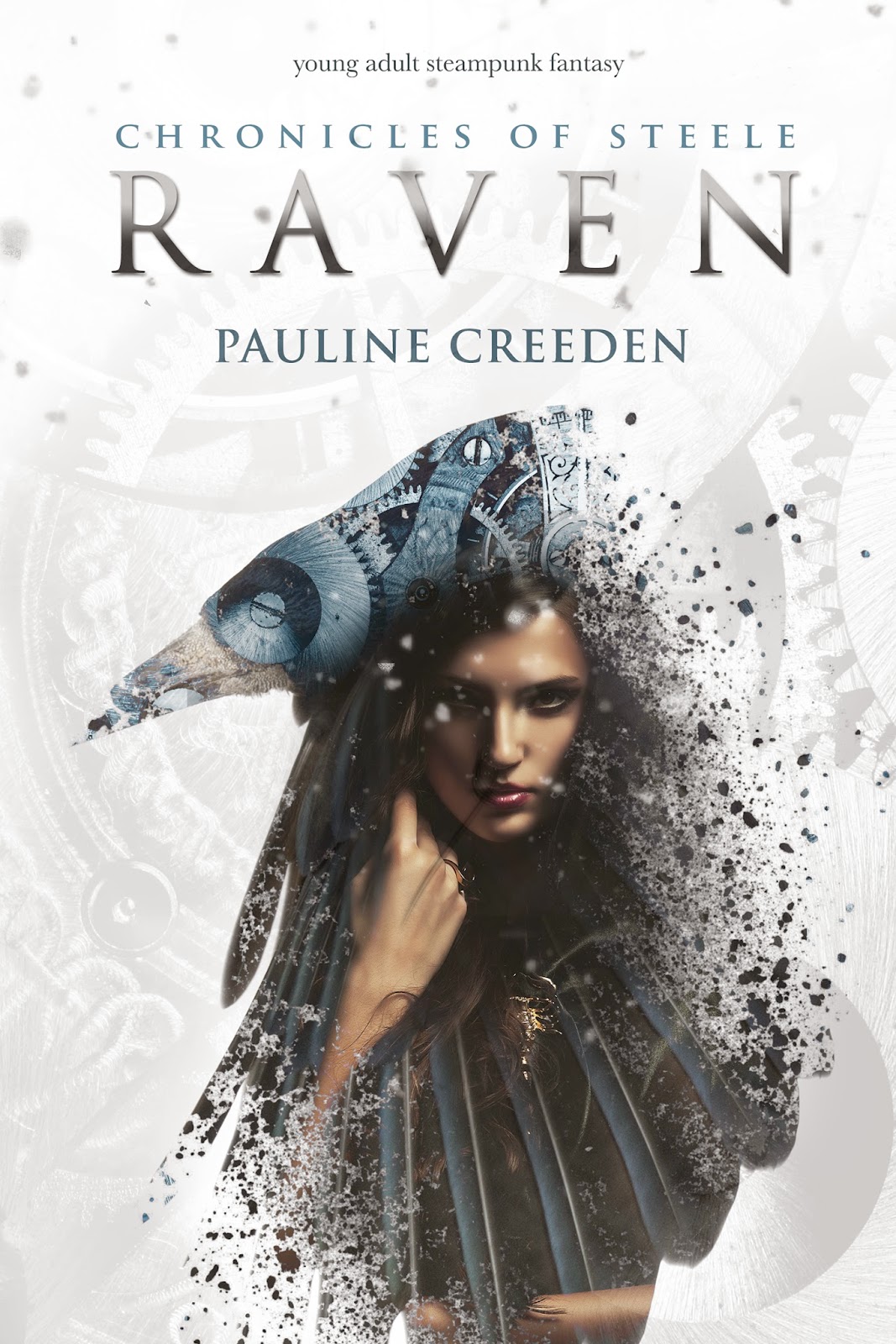 Summary from Goodreads:
This is the complete Steampunk Fantasy novel - all four parts of the serial in one volume!

Human life has value.
The poor living in the gutter is as valuable as the rich living in a manor.
The scoundrel is no less valuable than the saint.
Because of this, every life a reaper takes must be redeemed.

Raven has lived by this first tenet since she was trained by her father to become a reaper. But since his death, she’s been spending years redeeming the lives she’s taken. By her count, she’s even and it’s time for that life to end. If she settles down and becomes a wife, she might just feel human again. But on the way to the life she thinks she wants, the baron of New Haven asks her to complete a task which she cannot ignore… Just when Raven decides to give up on her life as an assassin, she’s pulled right back in.

Amazon│Barnes & Noble
Excerpt;
Two sets of footsteps clipped across on the cobblestone. Before they rounded the bend to the stable door, Raven’s fingers twitched over her knife. When she saw Gorman and the younger baron, she relaxed and continued attaching her weapons.
“Can I trust you?” Baron Darius’s voice rose hesitantly as he approached.
She smiled. “I’ve saved your life once and promise to do it as many times as necessary.”
“Why?”
“It’s the reaper’s way. A life for a life.”
“How many have you killed?”
Raven clinched her jaw. “Too many.” Her gaze met the butler’s. “Will he have his own horse?”
“No. The young master’s condition makes him subject to untimely fits. He would be in danger of falling.” His ice blue eyes held a fire unmatched by his frozen features.
“Right. I expected as much.” She placed her boot in the stirrup and mounted. “Hand him to me then.
The butler lifted him to the front of her saddle. She knew it would be an uncomfortable place to ride for a long period of time, but he’d only have to make it to Gregory’s house. On a horse, it should only be about four hours if they took it slow, less than three if needed.
A horn sounded, and the butler paled. “It’s him. The duke approaches.”
“Father is early.” The boy sounded happy but tentative.
Gorman gripped the horse’s rein and turned it toward the other stable exit. “We must leave by the north gate. The duke approaches from the south. You may have as much as an hour’s head start before he commands a pursuit.”
Raven swallowed hard. “That’s not enough time.”
“Follow me.” He released the rein and jogged forward.
The horse trotted in response. Even in the jarring up and down motion of the trot, the young baron remained silent. He gripped the chestnut mare’s mane with both hands. His knuckles glowed white under the lamps. Raven pulled gently on the reins to slow the horse to a more tolerable speed but followed the butler closely.
“Guards!” Gorman reached the gates, speaking in breathless tones. “Baron Solomon orders passage for this woman and the young baron.”
Raven recognized Grant’s red band before he turned around. He narrowed his eyes at her and barked the order to open the gate. Before she could urge her horse forward, Grant gripped the bridle by the cheek piece. He called back toward the butler, “Will she need guard?”
“That will not be necessary. She is capable of caring for the young baron on his errand.”
Even in the half-light, Raven could see the guard’s jaw tighten and nostrils flare in indecision. “Baron Solomon trusts this woman?”
The butler frowned and stiffened in disapproval. Still he answered softly, “Yes, with his brother’s life.” 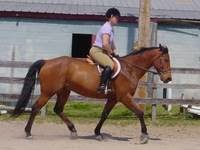 About the Author
In simple language, Pauline Creeden creates worlds that are both familiar and strange, often pulling the veil between dimensions. She becomes the main character in each of her stories, and because she has ADD, she will get bored if she pretends to be one person for too long.

Pauline is a horse trainer from Virginia, but writing is her therapy.

Armored Hearts, her joint effort with author Melissa Turner Lee, has been a #1 Bestseller in Christian Fantasy and been awarded the Crowned Heart for Excellence by InDtale Magazine. Her debut novel, Sanctuary is scheduled for release September 30, 2013, and has already been nominated for two awards in YA Science Fiction.

One of Pauline's short stories has won the CCW Short Story contest. Other short stories have been published in Fear & Trembling Magazine, Obsidian River and Avenir Eclectia. An urban fantasy short will appear in The Book of Sylvari: An Anthology of Elves from Port Yonder Press, and a vampire short will appear in Monsters! from Diminished Media Group.