Two Princes: The Biker and The Billionaire Sons of Sanctuary Book 1 by Victoria Danann Cover Reveal and Giveaway 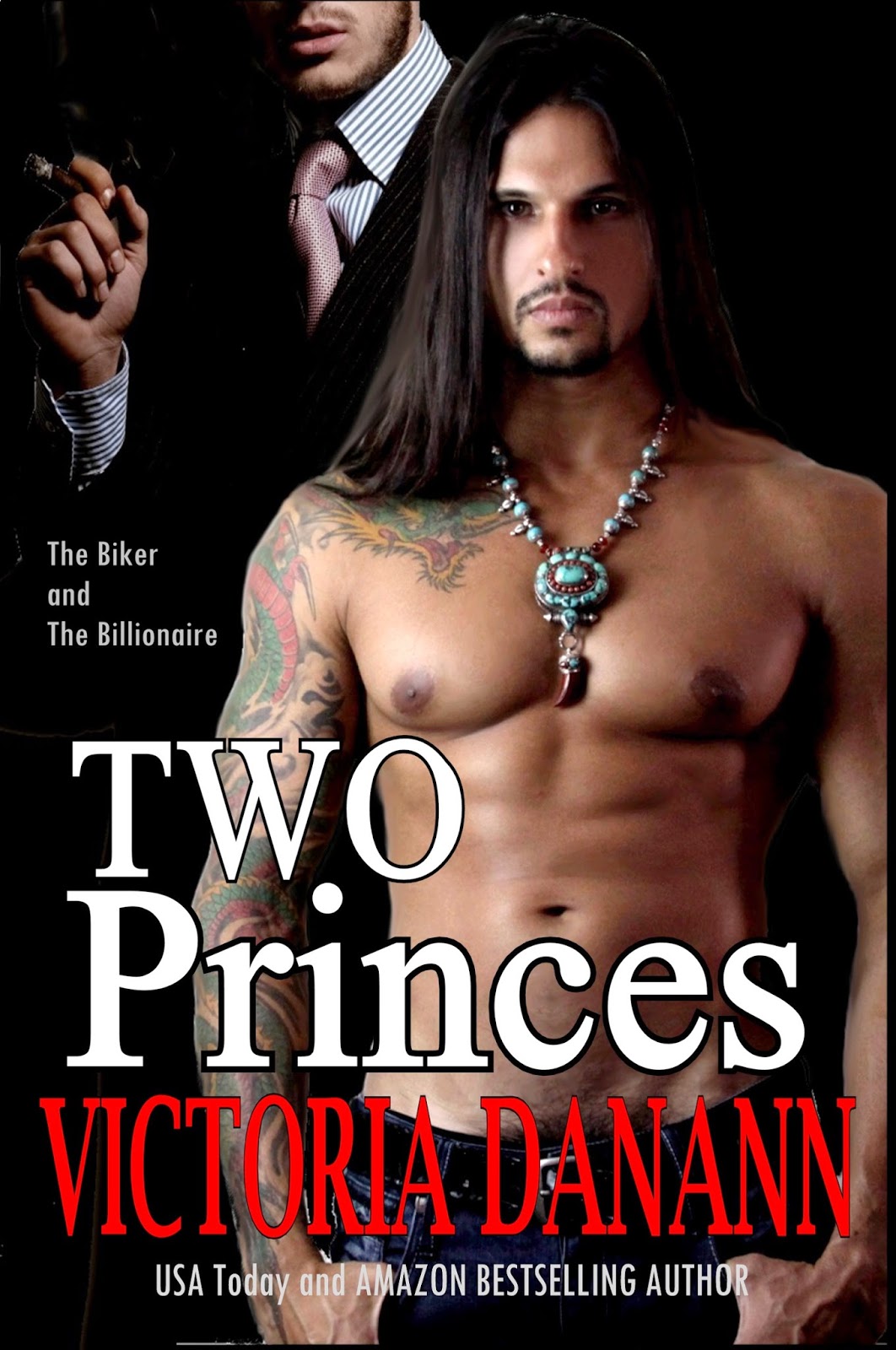 Brash Fornight was standing in line at the H.E.B. Market when his world tipped on its axis. While waiting his turn to check out, his gaze had wandered to the magazine display and settled on the new issue of “NOW”. The image on the cover, although GQ’d up in an insanely urbane way, was… him.

After reading the article, Brash threw some stuff in a duffle and left his club, The Sons of Sanctuary, with a vague explanation about needing a couple of days away. He left his Jeep at the Austin airport and caught a plane for New York, on a mission to find the guy who was walking around with his face.

Two brothers, one a player, one a playboy, are on a collision course with destiny and a woman who thought she won a prize when she was allowed a look inside the Sons of Sanctuary MC.
Excerpt:

“Sir?” Brash Fornight gradually became aware that someone behind him in the grocery checkout line was trying to get his attention. “Sir?” He refocused and glanced behind him. The woman leaning on a cart overflowing with chip bags and cookie boxes nodded toward the cashier indicating that it was his turn to move forward. Brash looked her in the eye and had to give her props. Most people wouldn’t have the balls to try to herd a guy wearing Sons of Sanctuary MC leather.
The club employed a woman who cooked and did grocery shopping several times a week as part of her job description, but Brash didn’t like to explain his relentless craving for peanuts and he liked being teased about it even less. He didn’t know whether it was the Vitamin B or the fat or just because he liked the taste, but he couldn’t imagine going a day without them.
That’s how he came to be standing statue still In the grocery checkout line, being prompted by some woman with more nerve than sense. While he was waiting, his eyes drifted over the magazine display and settled on the cover of “NOW”, on the Most Eligible Bachelor edition no less. The debonair figure staring back was wearing Brash’s own face and body. He looked different with short hair and a four thousand dollar suit with the shirt fashionably open at the neckline, but the similarity was inescapable.
On impulse he grabbed the magazine and tossed it onto the conveyor belt with his week’s stash of peanuts.
He stuffed the bags into the saddlebags of his bike and roared toward home, nervously tapping his fingers on handlebars at red lights, riding on shoulders to keep from slowing down. He was anxious to get to the privacy of his own room and read about Branach St. Germaine.

Brash took a cab to a midtown hotel, wondering all the way why human beings would choose to live in such a place. As he slid his credit card across the hotel counter to the agent on duty, he glanced at the name, Brandon Fornight. It seemed unlikely that it was a coincidence that that the mysterious look-alike’s first name began with the same four letters. He ordered room service and pulled out his laptop.