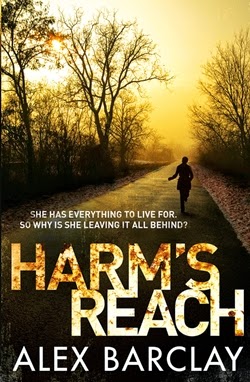 FBI Agent Ren Bryce finds herself entangled in two seemingly unrelated mysteries. But the past has a way of echoing down the years and finding its way into the present.
When Special Agent Ren Bryce discovers the body of a young woman in an abandoned car, solving the case becomes personal. But the more she uncovers about the victim’s last movements, the more questions are raised.
Why was Laura Flynn driving towards a ranch for troubled teens in the middle of Colorado when her employers thought she was hundreds of miles away? And what did she know about a case from fifty years ago, which her death dramatically reopens?
As Ren and cold case investigator Janine Hooks slowly weave the threads together, a picture emerges of a privileged family determined to hide some very dark secrets – whatever the cost.

PROLOGUE
Ingrid Prince realized that the white walls in every Prince family home created a diorama effect. People watched from the outside, studying, deducing, then leaving, even after brief encounters, with lasting judgements. Ingrid Prince, the beautiful, radiant wife! Robert Prince, the handsome, wealthy husband, a man of fine stock!
Oh, what they see . . . and don’t see.
Ingrid closed her eyes.
I am safe. I am safe. I am safe.
‘Close those beautiful cat eyes, Ingrid, and say it three times. “It” is wherever you want to take us. I am Tahiti. I am Tahiti. I am Tahiti. Then – bam! – eyes open – bam! – I shoot!’
She could hear Sandro Cera’s voice in her head as he stalked around her all those years ago. Handsome, talented, orphan, immigrant Sandro Cera, the rags-to-riches-and-back fashion photographer; Ingrid Prince, at his feet, blonde, tanned, extended on the white floor of a freezing studio in Brooklyn, shivering by a faulty space heater.
Camera in hand, Sandro would rise up onto the balls of his feet, crouch down, close in, create distance, his body twisting and turning as if he was the one to be captured.
Ingrid did as he asked, closed her eyes, used his three-times trick.
No lips moving!’ Sandro said. No leeps. ‘These are thoughts I’m talking about. Three times, sweets, three times: I am silent, I am silent, I am silent!’
‘My teeth are chattering is why my lips are moving!’ said brave, bold, new-girl Ingrid, just turned seventeen. ‘I’m fucking hypothermic . . . times three.’
Click flash click flash click flash. And the photo that made them both famous was the one that was taken just afterwards, as Ingrid laughed, her head thrown back, then forward, the lens capturing a warm and beautiful smile with no Brooklyn ice, just St Tropez, St Tropez, St Tropez.
It was a different world. It was New York in the Nineties – when they partied below ground and cauterized their hearts’ wounds with the fire of quick fucks. Sandro Cera had been dead years – a gradual, then sudden junkie demise. In the live art installation of Ingrid’s life, Sandro Cera was the lightbulb in the corner, flickering ominously, bound to blow.
Yet his was the advice she was now hearing.
Three times.
I am safe. I am safe. I am safe.
Ingrid looked around the Colorado rental. Even the temporary homes she sought refuge in were white-walled, sparsely furnished, neutral. When their SoHo loft was shot for an interiors magazine, the stylist pared it back even more, took pieces away. Pieces: furniture, paintings, sculptures, reality. How suddenly the landscape can change when its elements are plucked away.
* * *
Ingrid heard a noise at the front door. Light on her feet, she walked out into the long polished hallway. Her suitcases were at the end by the door: a set of five, olive green, edged in brown leather with accents of gold.
Now, there was banging at the door, hammering. Ingrid froze. The door burst open. She felt a rush of adrenaline.
This is not how it ends. This is not how it ends. This is not how it ends.
She backed into the kitchen, then turned, set to run for the French doors, but she could make out two dark figures standing there. Ingrid was briefly blindsided by her reflection in the glass.
She knew what she looked like to others. She knew what her husband looked like.
A Swedish proverb came to mind: Alla känner apan, men apan känner ingen.
Everyone knows the monkey, but the monkey knows no one. 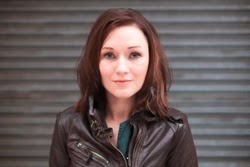 Barclay studied journalism at university and worked for a period in fashion and beauty journalism as a copywriter in the RTÉ Guide. In 2003, she left the fashion industry to write Darkhouse, the first of two novels featuring NYPD detective Joe Lucchesi. Her second novel, The Caller, was released in 2007, and Last Call in 2008. She won the Ireland AM Crime Fiction Award at the Irish Book Awards for her fourth novel, Blood Runs Cold.

Don't Miss Your Chance to Win A Copy of Harm's Reach!

I just finished reading "Harm's Reach" and I found it to be the kind of novel that keeps you guessing, and leaves you scared for the characters in the book. A young girl is found dead and it will be up to Special Agent Ren Bryce to try to find the killer. Special Agent Ren sets out to do just that but, with each step that she thinks she is getting closer she finds more mystery. Janine Hooks who is an investigator is trying to help her find the answers.   I really liked the book and I give it a 4/5. I was given this book for the purpose of a  review by Partners in Crime Book Tours and all opinions are my own.