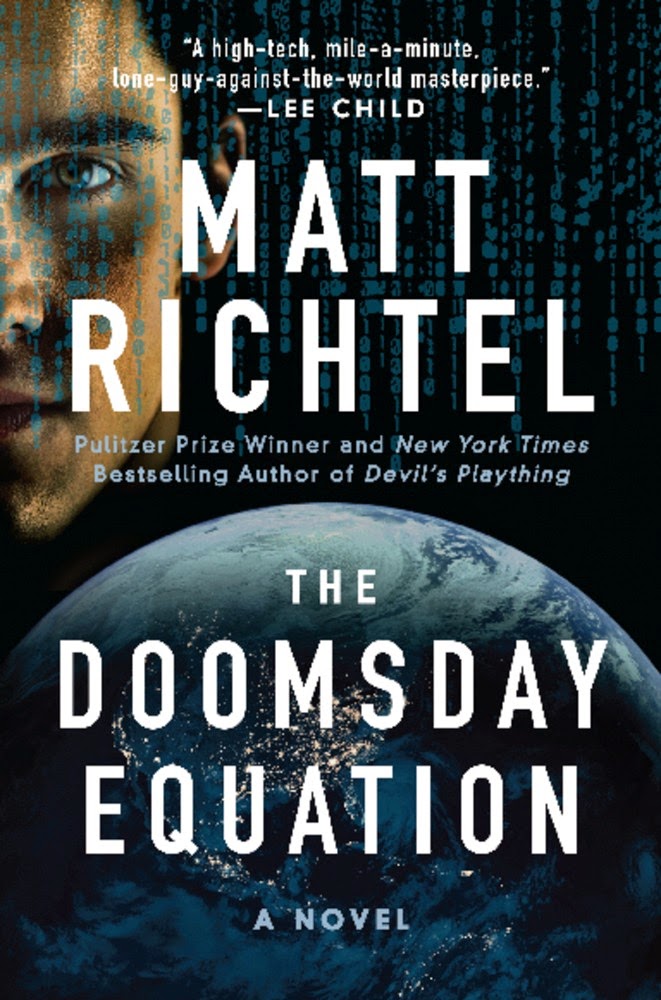 From the Pulitzer Prize-winning New York Times journalist and author of A Deadly Wandering comes a pulse-pounding technological thriller—as ingenious as the works of Michael Crichton and as urgent and irresistible as an episode of 24—in which one man has three days to prevent annihilation: the outbreak of World War III.
Computer genius Jeremy Stillwater has designed a machine that can predict global conflicts and ultimately head them off. But he’s a stubborn guy, very sure of his own genius, and has wound up making enemies, and even seen his brilliant invention discredited.
There’s nowhere for him to turn when the most remarkable thing happens: his computer beeps with warning that the outbreak of World War III is imminent, three days and counting.
Alone, armed with nothing but his own ingenuity, he embarks on quest to find the mysterious and powerful nemesis determined to destroy mankind. But enemies lurk in the shadows waiting to strike. Could they have figured out how to use Jeremy, and his invention, for their own evil ends?
Before he can save billions of lives, Jeremy has to figure out how to save his own. . . .

Prologue
“Salam, your majesty.”
The woman taps on the quadruple-paned glass, well thick enough to swallow her whisper and the greeting of her index finger.
The beast behind the glass does not stir. It is rolled on its side, heavy eyes closed, heavy paws strewn before it, lazy with confidence, even in sleep.
A hat pulled tightly over the woman’s short black hair does little to protect her from the pre-dawn chill. Nor detract from her radiance. From the pocket of a wool black knee-length coat, she pulls a hard-earned skeleton key.
Without taking her eyes from the animal, she takes three steps to her left. She stops in front of the tall bars of the cage door. She inhales the scent of damp fur and old meat. She inserts the key. The lion twitches.
She thinks: San Francisco is supposed to be so humane. A zoo is a zoo. She turns the key. The lion lifts his head. He draws open an eyelid. Blinks.
The woman slightly bows her head. “Guardians of the City. At your service.” Her accent carries generations of migration, ports of call, millennia of weariness and duty.
The lion flops over, facing the woman now, but still in repose. The woman smiles. She understands this to be the most docile time of the lion’s day. She pushes open the door.
The lion springs. The door slams against its liberator.
“Salam,” she expels the word with a laugh.
Feels razor claws reaching her through the bars.
Salam, she thinks. At last. Peace. 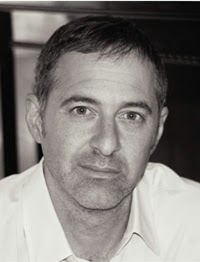 Matt Richtel is a Pulitzer Prize-winning technology reporter for the New York Times. He is the author of A Deadly Wandering and the novels The Cloud and Devil's Plaything.

Matt lives in San Francisco with his wife, Meredith, their son, Milo, and daughter, Mirabel. He’s an avid tennis player and recreational athlete; a prideful maker of guacamole for parties; and periodic (and not good) songwriter. Matt grew up in Boulder, Colorado, the son of two avid readers, attended Boulder High School, and obtained a bachelors degree in rhetoric from University of California at Berkeley and an MS in Journalism from Columbia University.

This is a giveaway hosted by Partners In Crime Virtual Book Tours for Matt Richtel & Harper Collins. There will be five winners of The Doomsday Equation by Matt Richtel (US Mailing addresses ONLY, No PO Boxes). The giveaway begins on March 14th, 2015 and runs through May 5th, 2015. a Rafflecopter giveaway

Wow!   How is Jeremy Stillwater going to save the world and everyone by stopping World War lll ? At first he had respect from others when they liked his new computer program, but when he finally finds that something horrible is going to happen in three days, even he has second thoughts. He begins to treat it as a joke and then realizes that it is real! This book is full of action and keeps the reader at the edge waiting to read what happens next. Jeremy has to stay alive long enough to save the rest of the world. The problem is that this won't be easy. I give this book a 4/5. I was given this book by Partners in Crime Book Tours and all opinions are my own.
Posted by 3 Partners in Shopping at 12:01 AM