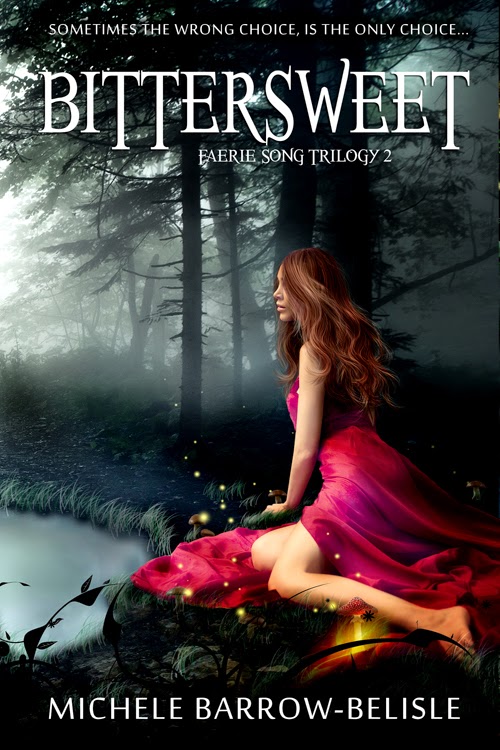 Summary from Goodreads:
To save the Faery world and her mother’s life, Lorelei sacrificed everything, and the dangerous bargain she made in Nevermore had lasting repercussions. Now safely back in her own world, Lorelei seems the same to her highschool friends and her supernatural boyfriend. Yet love across dimensions is complicated, especially when an invisible Veil between the two worlds—the only bridge that links the pair, is sealing, threatening to separate Lorelei and Adrius forever.

Determined to find a solution, Lorelei resorts to using her new found powers. But when her friends succumb to the same mysterious illness that nearly took her mother’s life, Lorelei can’t help but wonder if her own dark magic is responsible. Still, the nightmares from Nevermore continue their icy hold. Someone from Adrius’s past arrives, determined to destroy Lorelei’s world starting with those closest to her, and Lorelei is forced to choose between her family and friends and a love that was ill-fated from the start.

Excerpt;
*******
Excerpt
“The magic Titania used to secure her crown in the mountain will not yield to one of half-witch blood. Only a full-blooded faerie can retrieve the crown. It was her insurance that no one other than a full faerie could be her usurper.”
“You mean her successor.” I hated to think of myself as overthrowing the monarchs of Faery.
He rolled his eyes. “If you prefer. All you need to remember is that this dragon will use telemetry to sense your plan of attack. I can block his attempts, but you will be far more enticing to him, once he catches wind of your scent. Do not let the fog enter your mind. Keep it clear and free from thoughts and worries. I will return to the mountainside with the crown. We want to gain access by stealth, for we may not win through strength of arms. Your only task it to stay here, at the mouth of the cave and hold his attention. Can you do that?” He searched my face.
“Do I have a choice?”
“Always.”
“Yes. I can do that.” My heart pounded. I was a bundle of nerves and terror. “Is there anything else I need to know?”
Zanthiel withdrew his canteen of water and handed it to me. “Don't bleed. They are attracted to it.”
“Wonderful. Anything else? Never mind, don't tell me. Don't want to know.” At least I had magic to fall back on. There was some consolation in that. I swallowed several gulps, letting it splash down my neck and chest.
“Darkness will bleed from your soul should you turn to it too often, Lorelei. You need to live a life without reliance on your dark magic. If not, in time it will consume you.”
Frowning, I handed back the canteen. “You used to encourage that.”
“I no longer do,” he said in earnest. “I couldn’t bear to watch you become something you are not. Something you were never meant to be.”
“Picked a great time to grow morals. Right now I don't have any other choice, do I?”
“You use that excuse far too often. You always have choices. It is when you claim not to have any that they are taken from you.”
Of course I had choices, but they were never between good and bad, or right and wrong. They were between horrifying and catastrophic.
His expression shifted from warrior to protector. “You hold too much beauty for this world. Too much goodness resides within your heart. I see it daily, and it pains me to watch it diminish as you fight to save those you love. It’s why I agreed to the madness of this plan. If you are no longer being hunted, then the need for you to use dark magic to protect yourself diminishes too, at least somewhat. Then, you will allow me to protect you. At least, that is my hope.”
I nodded. “I don’t want dark magic to change who I am. Not in that way.” I didn’t know how else to respond. His raw honesty always caught me off guard. “Let’s just get through this, okay?”
He gave a single nod, his inner warrior firmly back in the lead. “First the beast will use the smog to read the mind of its opponent, gaining a sense of their intentions. Should that tactic fail, and it must, it will resort to fire. An even greater threat when the beast becomes airborne.”
This was daunting. I paced a few steps, pressing my fingers to my temples, refusing to picture what was sure to be our end.
“Dragons have one weak spot,” he continued. “The throat, just under its chin. If I can pierce it, it will kill it.”
My pacing stopped. “Okay. This isn't a goblin or even a wyvern we're talking about. It’s a dragon. It’s like a million times bigger than those other two, and they're hard enough to kill. You’ll never succeed.”
“Your lack of faith in me grows tiresome.” He pulled out faerie armor from his pack. The silver leaves embedded on it were impossibly strong and impervious to fire.
“I mean it. How are you going to stroll up to a fire-breathing monster and just stab it in the neck?”
“I won’t. You will be outside of the cave, drawing its attention. I will retrieve the crown. Only if needed will I slay the beast.”
“Distract him?” I nearly laughed out loud. “Distract a dragon? With what exactly, a puppet show?” I shook my head. “And if I can’t hold its attention, and it doesn’t barbecue me on the spot… how will you get close enough to stab it?”
He reached over his shoulder, withdrew an arrow from his quiver and handed it to me. The head of it ignited with a yellow flame.
“A flaming arrow. Much better plan.” I passed the arrow back.
“Remember all I’ve told you. It cannot see you clearly. It can only find you through your fear and its sense of smell. It can detect motion, so move slowly. You will have an opportunity to use all of what I've taught you, combined with all that you already know.” He strapped armored lapels to me, yanking the belt tight to secure them.
I lifted my arms above my head as he wrapped more armor around my midriff. “Okay, see, the thing is I really don't know all that much.” I frowned. This plan grew more terrifying by the moment.
His hands lingered on my waist as his gaze held mine. “You know enough. I'm trusting that you do. You must trust it too. Otherwise we are both dead. From what you've told me, that isn't something you want.” 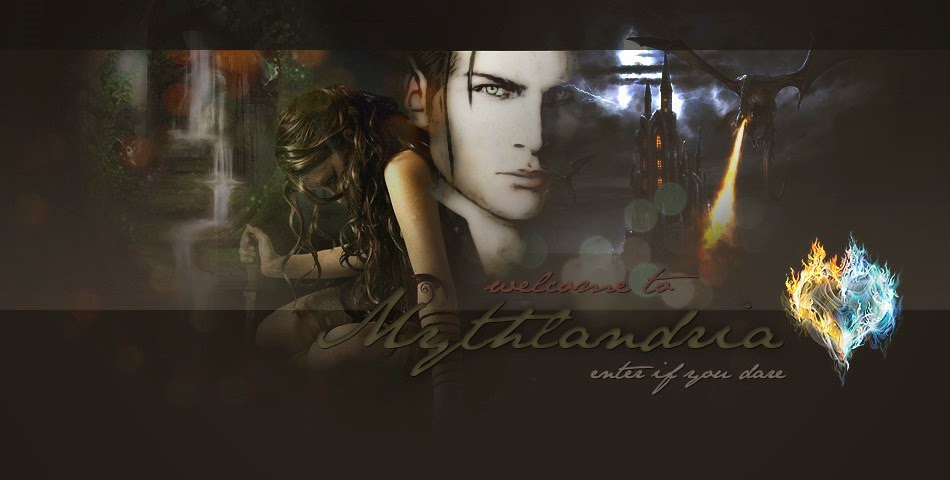 Book One:
(cover linked to Goodreads) 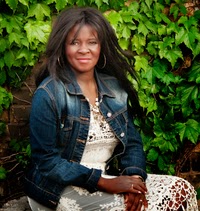 About the Author
Michele Barrow-Belisle is chocoholic author and artist living in southern Ontario, Canada with her super-sweet husband, brilliant son and a ridiculously affectionate cat. Often told by teachers to stop dreaming and get her head out of the clouds, Michele still spends much of her time lost in make-believe worlds, populated with fascinating and occasionally terrifying characters. Her passion for fantasy extends beyond her writing into her clay figure sculpt-ing, creating miniaturized replicas of the paranormal beings she writes about. Michele is as passionate about reading as she is about writing. When she’s not reading or writing, she can be found sculpting tiny fairy desserts in polymer clay. She also loves mocha lattes and watching fireflies at twilight. Did we mention she loves chocolate?