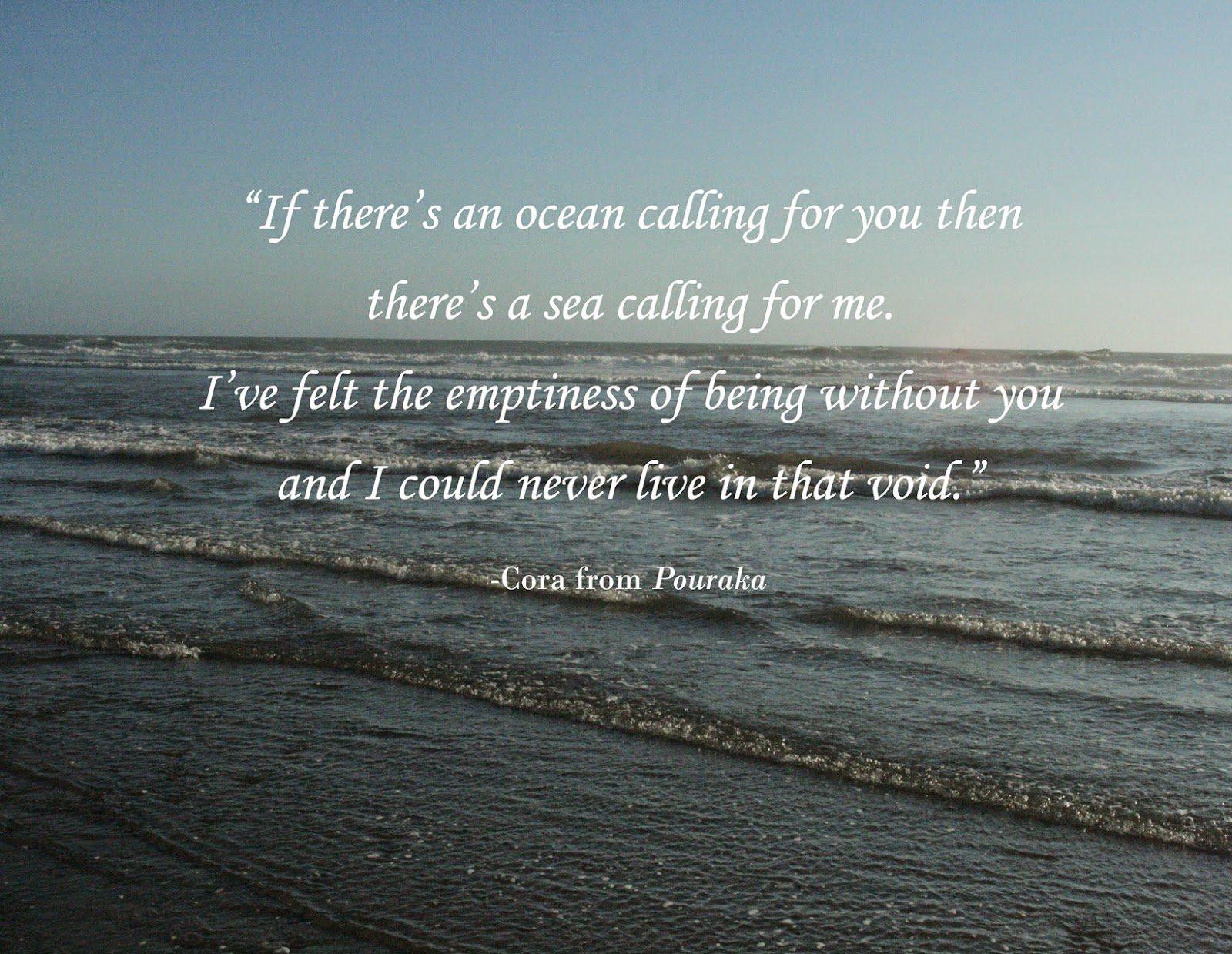 Pouraka is a magical sea cavern tucked under the rocky cliffs near Barnacle Bay. Cora, a Pouraka mer, is torn between her friends in the seaside town, and her true love Tas, a foreign mer whose people fled when men invaded their waters.


Life becomes difficult for all mers when an arrogant oil rigger's son, Tom, finds the bay and the rich aquatic life it harbors. When Tas attempts to rescue a pod of dolphins from Tom's gill net, he is captured and taken away as a prize to be sold to a theme park. When Cora hears of his capture she changes into human form and travels south to find him, risking her life to free him.


Time away from Pouraka leaves the cavern vulnerable, and a new threat arises when tourists discover its magic.


The sand was cool, the shells sharp and prickly, making her toes itch. She strolled to the wet sand where the foam still bubbled into clam holes and the remnants of waves frothed over her feet. Seagulls clustered, pecking at shellfish and welcoming the end of day. Farther out the ocean throbbed, constant and carefree. Ever faithful, the sea rocked back and forth over the earth as it harbored its creatures, protecting them from the sun’s vicious heat, feeding them, nourishing them and cradling them. Cora should be in its belly, accepting its nurturing. She was the oceans’ charge and yet here she was, walking the land as though she were human. She’d been denying her heritage all this time.


A surge of shame swept over her. Why did she even want to be human? Merpeople were so much kinder to each other, and to the animals they lived among. Why did she ever doubt that she should live as a mermaid?


Cora took the basket off of her back and unfastened the lid. The water inside was so clear she could see the interior weave of kelp even in the fading sunlight. Scooting closer to the surf so that the waves rolled over her, she held the basket above her head.


Pouraka’s water dripped over her hair, onto her shoulders and her face. She lifted her chin and let it run down her neck, her chest, her belly. Cora poured the water over her hips, her legs, and her toes as the sea rumbled and came to her, a white roll of salt water rushing to immerse her. Cora leaned back and let the ocean swallow her human body. The sea wanted her home, grabbing her form and pulling her far away from shore. She tumbled in the breakers until she was saturated and far from land. Cora came to the surface and viewed the vanishing shoreline one last time. Sunset shined its face on her scales as golden fragments of evening glitter. She hadn’t felt so alive in a long time. She felt good, and somehow she would bring this freedom to Tas. She had to. 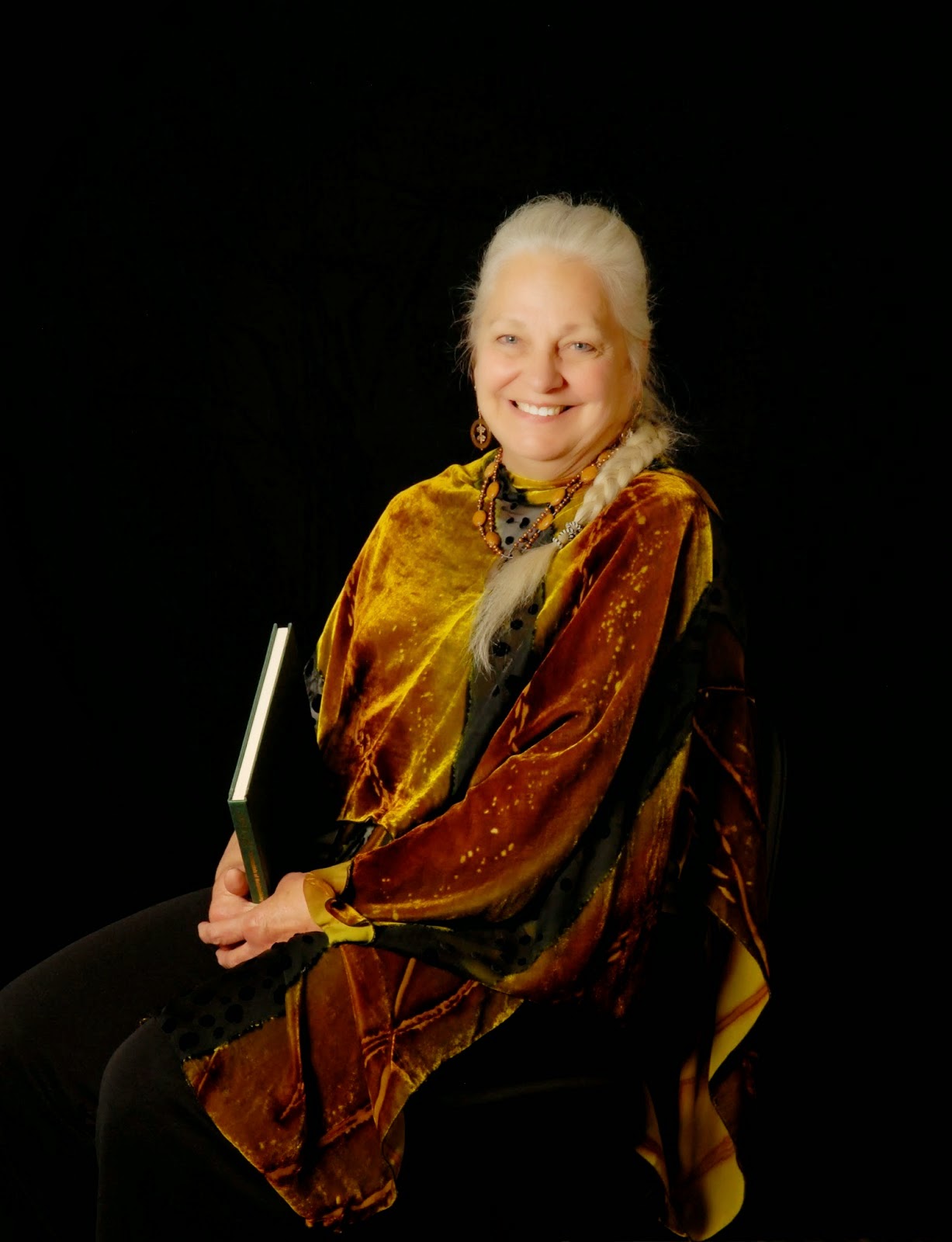 
Dianne is an author and illustrator of YA adventure fantasy with a dab of historical content thrown in. Building worlds that might resemble the forests of her home in the Pacific Northwest, or the shimmering deserts of Arizona, add to that a pinch of magic dust and a few million stars and you just might find the portal to another Realm.


Happily married to a man that puts up with her celestial wanderings and wonderings, she is the mother of seven lovely adult children and grandmother to sixteen gorgeous boys and girls.


Dianne loves writing, painting in oils and living in other dimensions. She finds life much more colorful that way! Her books are middle grade to young adult adventure fantasies with dragons and wizards and sorcery and battles on the high seas. Her grandchildren are a big inspiration for her stories. There’s a shared camaraderie, something akin to what C.S. Lewis said about someday being old enough to enjoy fairy tales again.


Dianne’s newest series Pouraka dives into the depths to explore life as a mer. She also has a series that is being re released by PDMI publishing called the Ian’s Realm Saga.


Stretching her tent stakes, she is working on an Indie Film production of her V book Cassandra’s Castle. 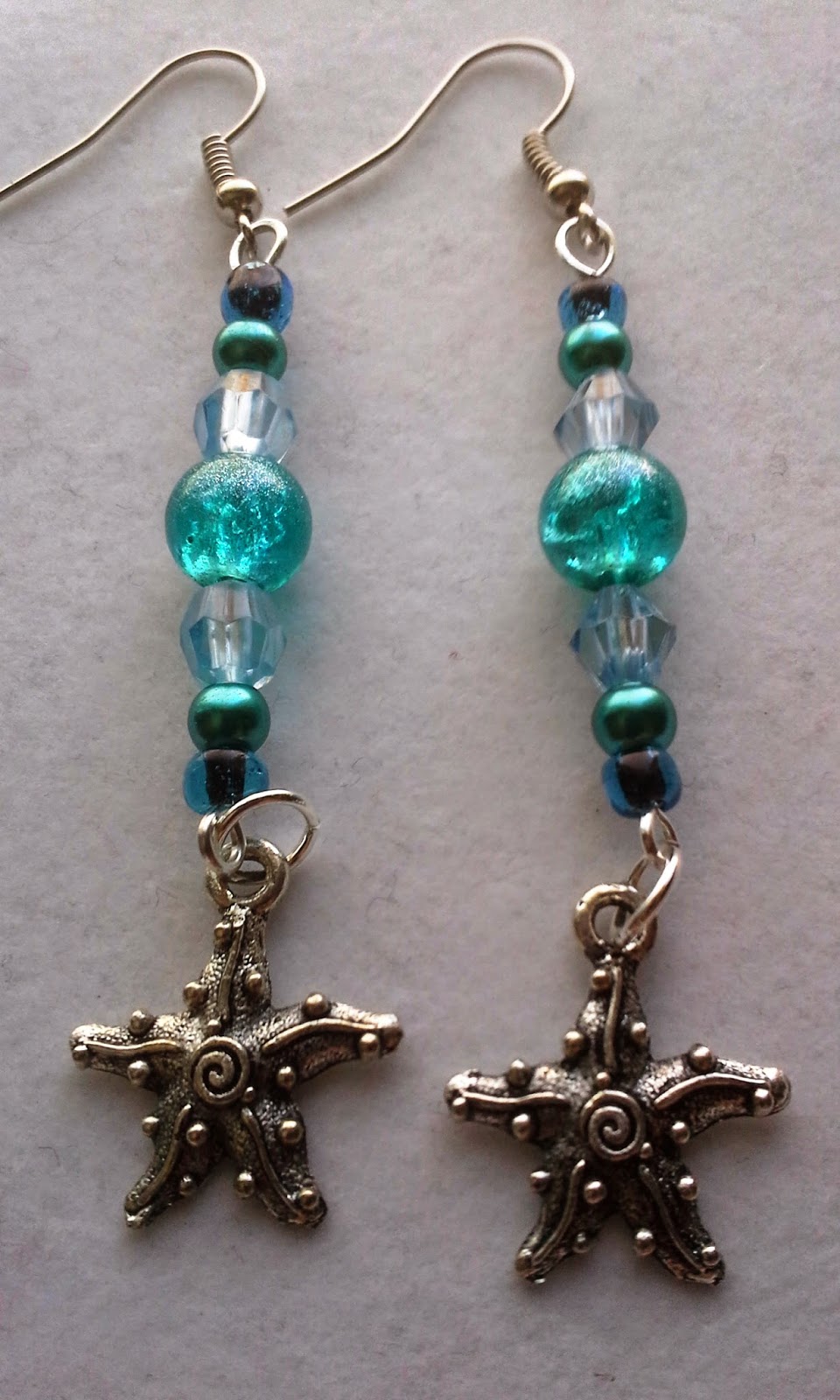 1 ebook copy of Sasha which introduces the story. 5 8 X 10 prints of Pouraka's cover without the text, authographed by the author 1 digital copy of dystopia novel Altered 1 pair of earrings open to US Shipping


a Rafflecopter giveaway
Posted by 3 Partners in Shopping at 12:02 AM