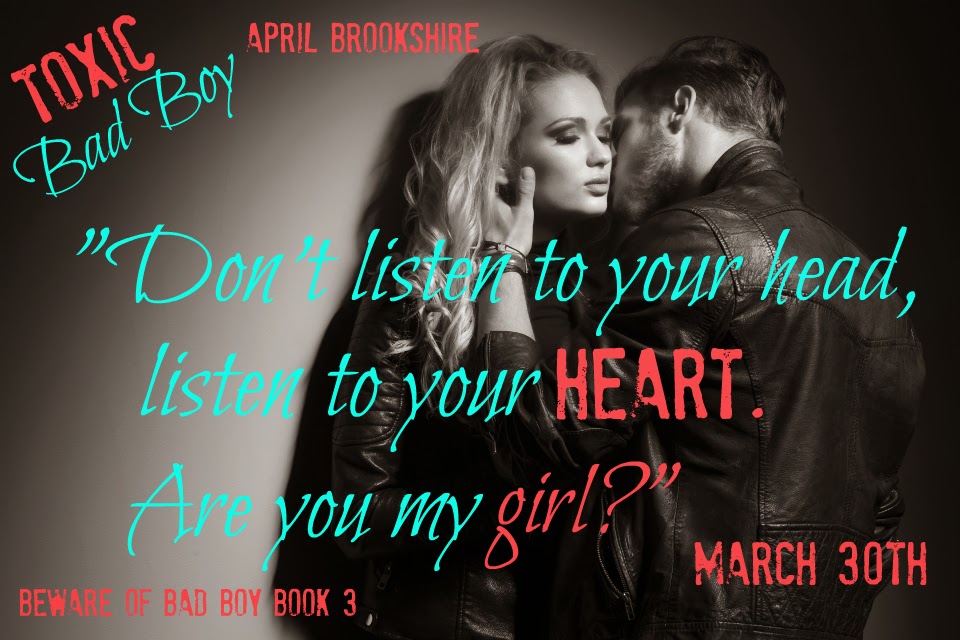 
Caleb and Gianna’s lives were ruined by a brutal attack. She ended up in the hospital and he was thrown in juvie.


For Caleb, being apart from Gianna is worse torture than being locked up. He’s unable to help her through the aftermath of the assault and dealing with the confinement of youth corrections.


Gianna is lost, her mind going to dark places. She loves and misses Caleb, but doesn’t know how to deal with the upheaval and panic attacks. Emerging, are new threats to her safety and her relationship with Caleb.


While Gianna struggles with her ability to be Caleb’s girlfriend after he’s released, Caleb struggles to hold on to the only girl he’s ever loved.


This is the third book and conclusion to the Beware of Bad Boy series.


April Brookshire is the author of the Beware of Bad Boy and Young Assassins series. She also co-authors the Dead Chaos series. She writes under the contemporary romance and apocalyptic fantasy genres and has a few projects in the works for 2015.


Growing up with four brothers, she doesn’t like chick flicks but devours romance books of all genres. A book addict, she’s read almost two thousand books to date.


April lives in a suburb of Denver, Colorado, where she raises her young son. When she isn’t writing, she’s usually reading, but also enjoys attending concerts and plays in the numerous venues of the city.


1 print set of the Trilogy Open to US Shipping