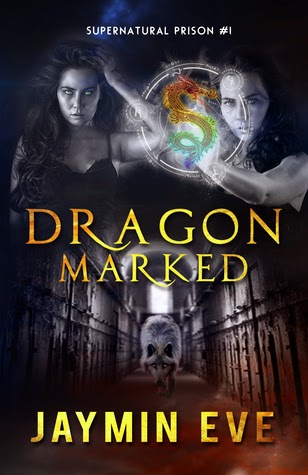 Summary from Goodreads:
There are supernatural prisons hidden across the globe. Contained within these fortresses are some of the deadliest criminals from the five supernatural races: vampire, shifter, fey, magic users and demi-fey.

Jessa Lebron, twenty-two, has spent her entire life in Stratford, Connecticut, one of the gateway towns adjoining these prisons which protect the fortified borders. She’s a wolf shifter, and her father leads the town council. She learns that much of her life has been hidden from her, secrets which threaten to tear apart the very fabric of her world. Especially the biggest secret of them all.

She is dragon marked.

Jessa only knows what she’s been told about the dragon marked, that they are dangerous and must be eliminated to prevent the rise of the dragon king, the powerful warmonger who had his head removed a thousand years ago. So now Jessa's on the biggest hit list of all. Dragon mark hunters are lethal and her only hope to evade detection is to keep the energy contained.

As more secrets unfold she finds herself locked up in Vanguard, the notorious American supernatural prison. Thankfully she’s not alone. Braxton, the dragon-shifter has her back. Together they must survive long enough to free themselves and the other dragon marked.

Because it’s time for the dragon marked to rise.

Excerpt:
I glared at the deadly but visually stunning dragon. He was massive; he’d had to tuck his wings in at his side to have room for movement. The black and blue of his scales shone even in the dying light. The bright yellow eyes surveyed the room, before locking me in his gaze. He roared again and I decided to take a stand. In general I didn’t think much before I acted, and my plans were often considered to be brave or stupid. Usually both.

“Braxton Compass,” I scolded him, moving right up into his strike zone, my hands on my hips. “Your scaled dragon ass is blocking the doorway.”

Jacob, Tyson, and Maximus crowded behind me. They were ready to snatch me up if their brother made the wrong move. But I knew it would have to be pretty exceptional circumstances before Braxton would lose enough of himself to hurt me.

The massive beast lowered his head until we were eye to eye. He would scent trickles of my fear, but despite my body’s involuntary response, I wasn’t really afraid of Braxton. His dragon was a little unpredictable, but he was strong enough to keep both of them controlled. I knew he’d pulled this stunt to remind the council where the real power lay and that he didn’t like secrets being kept, especially when they personally affected us.

The dragon and I continued our stare-off, my dark blue eyes locked on his yellow. “Let’s call it a tie,” I finally said, grinning and raising my eyebrows at the same time. 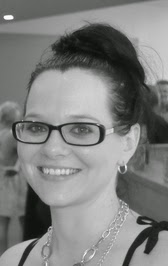 About the Author
Jaymin Eve is a 29 year old with a passion for reading, writing and arithmetic ... okay maybe not the last one but definitely the first two.

Living on the beautiful Gold Coast, in Australia, the family loves spending lots of time on the beach. And travelling as frequently as possible.

When Jaymin isn't trying to wrangle two daughters, a puppy and her husband, you will find her hiding in a corner trying desperately to write her stories (without little fingers pressing random keys). She asks forgiveness if you notice the occasional sskkkkssjs appearing in her book, her children are proud of their contribution.