Kian O’Reilly is flawless as a killer.


Well-practiced in the art of making murder look like an accident, he is selfish, wealthy, and totally arrogant as a soul-stealing immortal. But when he ends up stranded on Cape Cod with a stolen car and a dead drug dealer in the trunk, he thinks his luck couldn’t get any worse.


That is, until Ana Lane shows up.


Gifted as a mechanic and surfer, feisty Ana is not a fan of the entitled Frat Boys who show up every summer, messing with local girls. Believing Kian is one of those typical rich brats, she fixes his car and ruthlessly dismantles his cocky ego . . . which intrigues the dangerous soul thief.


Determined to spend more time with the prickly mechanic, Kian sets out to understand what makes Ana so fierce. Soon, however, he uncovers the painful truth behind the real Ana Lane, and the decision to save her, may destroy them both. 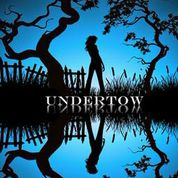 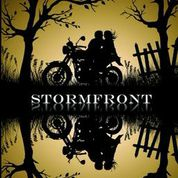 ** This is the prequel novella to UNDERTOW and is based on the story of Kian and Ana the summer they met. While it can be read at anytime in the series, it is meant to be read after UNDERTOW and STORMFRONT.**


Q: Can people read Cruel Summer, which is part of the UNDERTOW series, without reading any of the other books?


A: Yes. Cruel Summer is a stand-alone prequel novel to UNDERTOW and follows the lives of three of the secondary characters in the series: Ana Lane (Pix), Kian O’Reilly, and MJ Williams. It was written because fans of the series became obsessed with the tumultuous relationship of Kian and Ana and wanted to know how they met. Thus, Cruel Summer was born. A sizable excerpt can be read on WattPad here: http://www.wattpad.com/story/25429851-cruel-summer


Q: I’ve never seen the kind of supernatural killer Kian O’Reilly is in any urban fantasy that I know of. How did you come up with the concept of his kind, the Mortis?


A: Kian (along with several other Mortis in the series) is a soul thief, but more accurately, a soul SHARK. They prey on the souls of swimmers, and thus they are basically killer tourists that visit beachside resort areas. I live on Cape Cod, which always ranks in the top ten most beautiful beaches in the USA every year. And while we are known as a beachside paradise, we are also known for a movie called JAWS. The tale of a killer shark that terrorizes a New England beach town is my all time favorite. Given the fact that the tourists drive me a little crazy, it wasn’t a far jump to combine them with sharks and thus make tourist season a killer.


Q: Many of the ARC reviewers found Ana Lane’s abuse heartbreaking, if not downright painful to read. How did you pull it off?


A: I hold a BA with honors in Forensic Psychology, so the psychological state of why abuse survivors remain with their abusers was something I’d studied at length. A huge key to why these people stay is based on their own personalities to begin with. For Ana Lane, she is a strong-willed, determined character. She doesn’t stay out of fear; she stays because she believes she can FIX her father. And yes, she makes excuses for him because she has to continually remind herself that he still has good inside him – he’s still the father that once read her stories and played with her as a child. The manuscript was read by abuse survivors and they made sure I was accurate in both the violence and the mindset of a survivor. Ana’s defiant, take-no-crap personality is what draws Kian’s attention in the first place and it takes a while for him to figure out what is really going on with Ana.


Q: Can you tell us about the cover?


A: In the novel, readers first meet Kian O’Reilly in a pissed mood because he has stolen a rare car and killed the owner – whose body is in the trunk. He needs to dump the body, but he is stranded in an ice cream shop’s parking lot after hours. That car, a 1935 Auburn Speedster, is on the cover and set against the word LOVE. Below it is Ana Lane’s one beloved possession, her old Trans Am, and it is backed up against the word HATE. The two cars and the words Love and Hate are inverted, so that the concept of “Tis a fine line between love and hate” comes through. Plus, if you have a physical copy, you can flip the book and it will have Hate on top. There is also a surfboard on the back with a pink shark on it and a pink whale on the spine (all things mentioned in the novel). The gingham background is a nod to Cape Cod and the Islands, as it is a popular fabric here. The hot pink color was used because Ana Lane hates pink.


Links for Undertow (Book One): 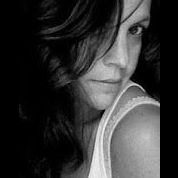 
I have been a journalist for 15 years and serve on the Board of Directors for the Cape Cod Writers Center. I also drive a 16-ton school bus because I am ENTIRELY NUTS.

In addition to working jobs that should come with a warning label , I hold a BA in Psychos (Forensic Psych), torment the tourists about Jaws, and occasionally jump from the Town Neck bridge in an attempt to reclaim my youth.

I live on Cape Cod with two smallish humans who apparently are my kids, my fishing-obsessed husband, two canines (adept at both flatulence and snoring), and a cage-defiant lovebird that sleeps in a miniature tent. Nope - that's not a type-o. The bird is quite the indoor camper.