Key to Lawrence by the Cargills Virtual Tour and Giveaway


Water rushed into the four, great smoke stacks of the ship as they, too, hit the waves. Tremendous, churning whirlpools sucked victims inside. A few were ejected, blackened with soot. Propellers rose above the maelstrom. The rudder lifted higher than the smoke stacks. The ship's prow pointed down toward the deep. It looked as if the ship's nose would hit the sea bed hundreds of feet below. The Lusitania sank in only 18 minutes after being torpedoed on May 7, 1915. Dora Benley vowed revenge on the enemy. Key to Lawrence tracks the beginning of her quest for justice in this special edition of the first volume of the Edward Ware Thriller Series. It commemorates the 100th anniversary of the Great War. 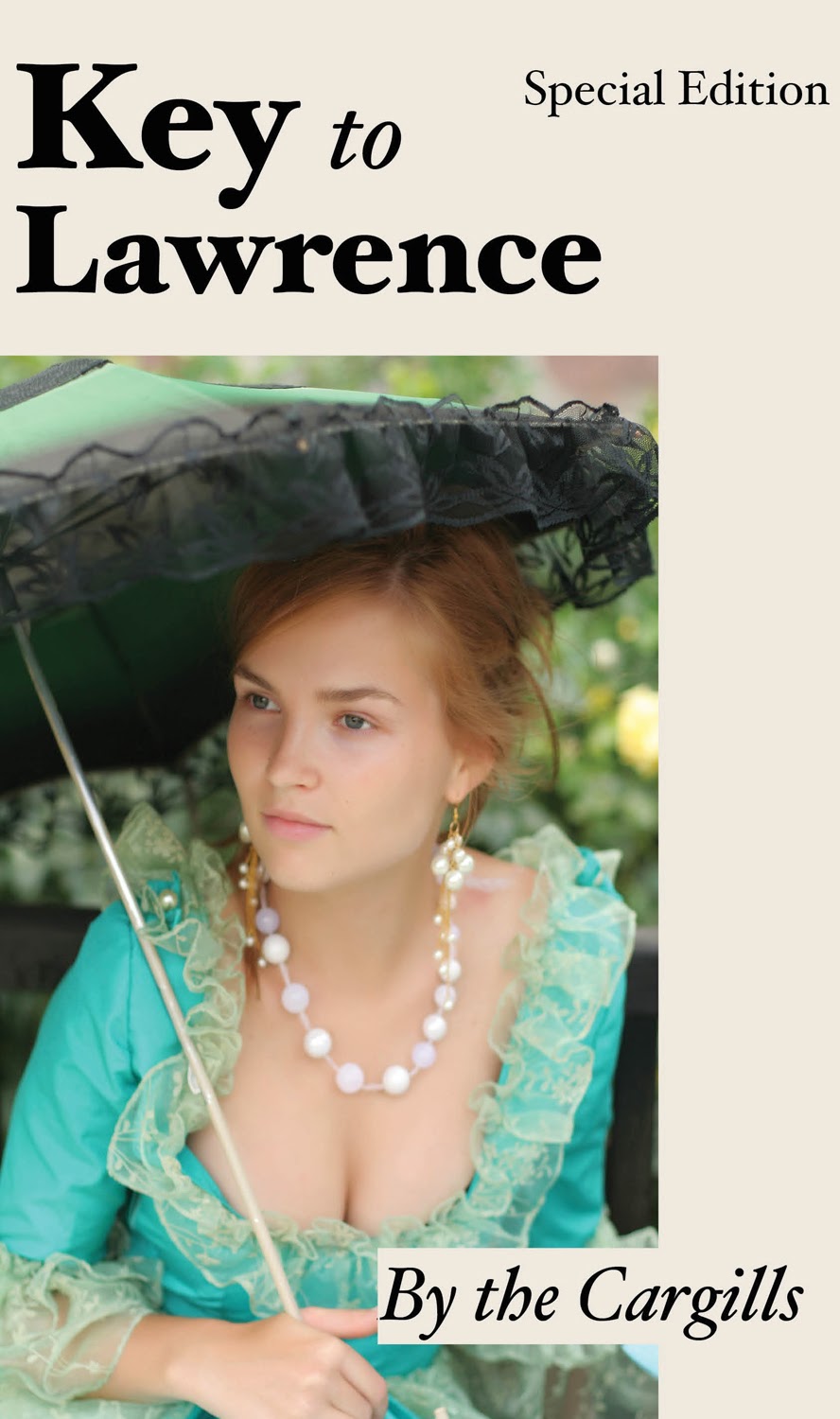 
The stranger stared at Dora’s package. A wide-brimmed hat shaded his face, revealing only a dark beard and mustache. Smoking a small, cheap, stubby cigar, dressed in a nondescript, ill-fitting dark suit, the man strutted towards her in a menacing fashion. Blueish-white cigar smoke curled upward in a lazy corkscrew. It vanished into the air several yards above his head.


Twenty-year-old Dora Benley quickly stuffed the surprise birthday gift for her father into her satchel. Holding a green parasol edged with black fringe over her head she skirted crowds of well-dressed, gossiping passengers waiting to board the Lusitania. Dressed in a full-length, aquamarine dress with white lace around the sleeves, Dora moved as far away from the intruder as she could without falling off the edge of the pier.


She searched impatiently for her parents. They were supposed to rendezvous with her at 11:00 AM. By now it was almost noon!


A man and woman reporting team burst upon the crowd at Cunard’s Pier 54. They were trailed by a photographer and his assistants carrying a large folding camera and a tripod. The reporters hurled themselves at the passengers.


“What do you think of the German announcement?” The male reporter thrust a copy of The New York Times at Dora. He pointed to the advertisement prominently displayed on the front page:


The Cargills docked at Southampton and explored the South of England in preparation for this thriller, Key to Lawrence. They also sailed the North Atlantic just like Dora Benley. But their transatlantic voyages were on the Queen Mary 2 instead of the Lusitania. They made use of the American Southwest where they live to depict the Syrian Desert that was home to Lawrence of Arabia. Visit their website. Read their blog. Linda also has a Facebook Fan Page.