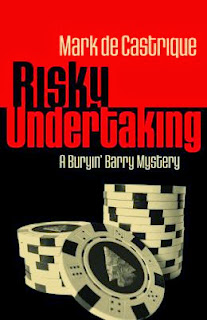 When Cherokee burial remains are unearthed on the site of a local cemetery’s expansion, Barry Clayton, part-time deputy and full-time undertaker, finds his dual occupations collide. Then, during the interment of the wife of one of Gainesboro’s most prominent citizens, Cherokee activist Jimmy Panther leads a protest. Words and fists fly.When Panther turns up executed on the grave of the deceased woman, Barry is forced to confront her family as the chief suspects. But the case lurches in a new direction with the arrival of Sheriff Tommy Lee Wadkins’ army pal, Boston detective Kevin Malone. Malone is on the trail of a Boston hit man who arrived at the Cherokee reservation only days before the murder. Malone is convinced his quarry is the man who pulled the trigger. But who paid him? And why?
The investigation draws Barry onto the reservation where Jimmy Panther’s efforts to preserve Cherokee traditions threatened the development of a new casino, a casino bringing millions of dollars of construction and substantial yearly payouts to every member of the tribe. With the unlikely team of his childhood nemesis Archie Donovan and his elderly Uncle Wayne, Barry goes undercover in an effort to draw out the truth. But the stakes are higher than he realized. And the life of a Cherokee boy becomes the wager. Barry must play his cards very carefully in his most risky undertaking yet. 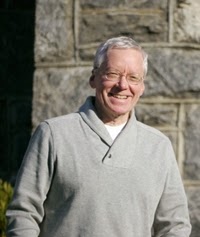 Mark de Castrique is the author of the critically acclaimed Barry Clayton and Sam Blackman mystery series, both set in his native North Carolina mountains. He is also the author of the D.C. political thriller, The 13th Target, as well as mysteries for Young Adults


Catch Up with Mark:

I really enjoyed reading "Risky Undertaking', the sixth book in the "A Buryin' Barry Mystery", series. Barry Clayton is not only the fulltime undertaker but is also a part-time deputy in his town. Everything is going smoothly  until Cherokee remains are found where the town cemetery is being made larger. At the cemetery while a town citizen is being buried,  Jimmy Panther who is Cherokee and is helping the Cherokee,  leads a protest which leads to a fight.  Later Jimmy Panther is found  murdered. Before he knows it the stakes have become higher and higher and Barry finds himself racing to solve the murder before someone else gets hurt. I give this book a 4/5. I was given this book by Partners in Crime Book Tours and all opinions are my own.