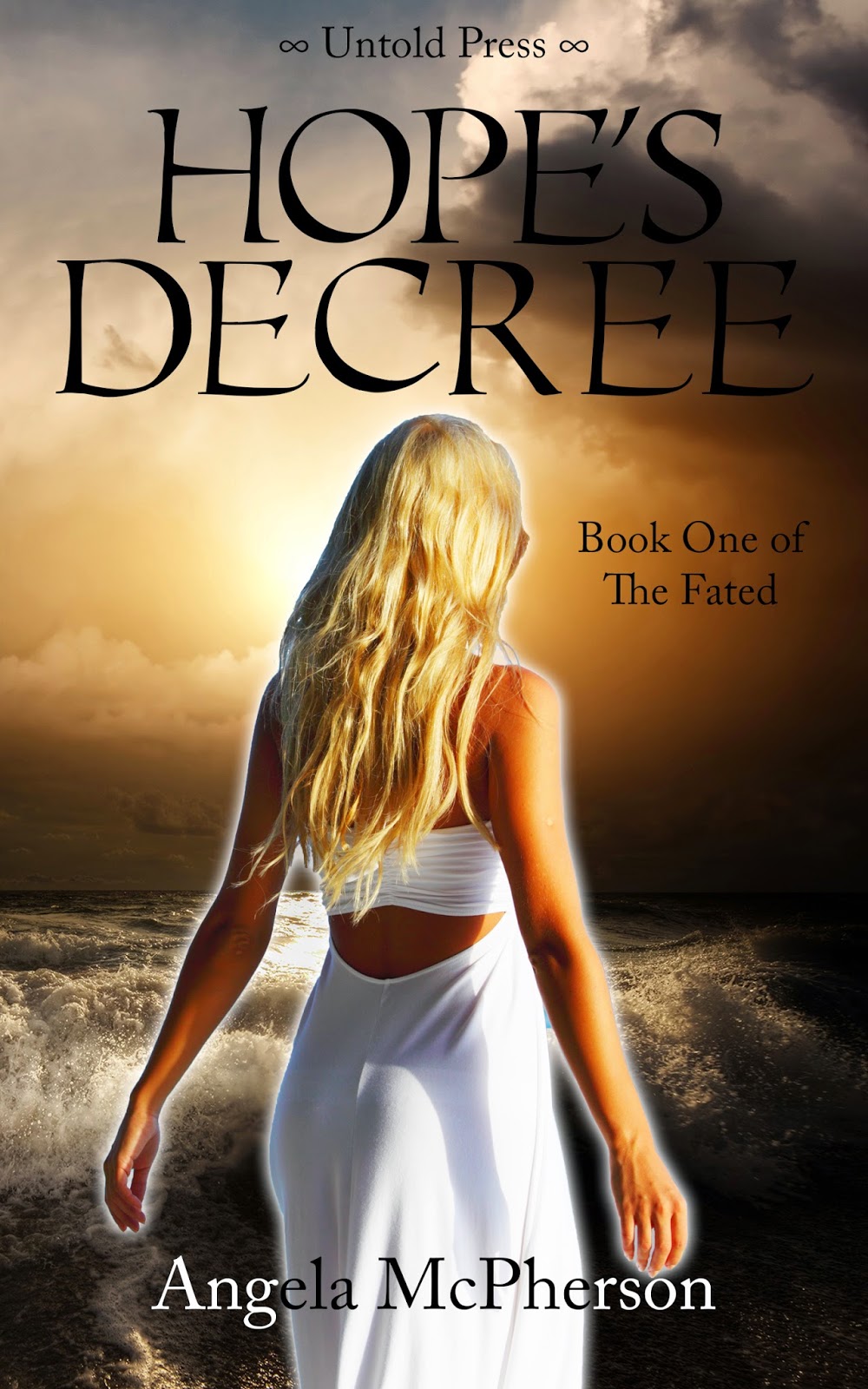 Summary from Goodreads:
When everything else is lost, there is always hope.

While most teens want an epic senior year, Trinity Whitebone hoped for a normal one. Being seventeen was hard enough. Having the emotions of everyone around you in your head made life more than a little difficult.

He screamed hot-god in jeans with just his walk. His intense stare warmed her skin like a thousand suns. Unfortunately, his interest in her seemed to run from blazing to freezing in the span of moments and left her nothing but confused. She could deal with things not being normal, but when life goes from strange to dangerous…

Trinity is the direct descendant of Pandora and fated to rectify the terrors released into the world by her curious ancestor. With powers she didn’t know existed and abilities she never wanted, Trinity tries to walk away from everything her life had become. She thought she could turn her back on her fate, until a band of rogue immortals discover who she is and will do whatever it takes to control her powers. Trinity is left with one decision…Embrace fate or die trying.

“Phenomenal book! Hope’s Decree is a YA novel that will have you hooked from the first chapter.” — Laura Thalassa, Author of The Unearthly

About the Author
Born and currently residing in Midland, Texas, Angela shuffles three busy children (not including her husband) all over the place. She works in a busy pediatric doctor's office as a nurse during the day, and writes at night. She is addicted to coffee–who isn’t? And firmly believes chocolate can fix all–especially chocolate ice cream. She laughs a lot, often at herself and is willing to try anything once (she thinks). When Angela isn’t rushing kids around, working or writing, she’s reading. Other than life experience, Angela turns to a wide variety of music to help spark her creative juices. She loves to dance and sing, though her kids often beg her not to.

Over an hour into my work out on the elliptical, sweat covered my brow and a few curls had broken free from my elastic band, making them stick to the sides of my face and forehead. When I grabbed a towel to wipe the sweat away, my legs felt wobbly and weak. I bought a bottle of water from a vending machine and headed out.


In the parking lot, I saw the sky had darkened considerably, elongating the shadows. As I walked back to my car I realized the birds in the nearby trees slowly became silent.


Stopping, I scanned the street. Not a single person was out. Even the cool breeze when I left the gym had stilled, almost as though everything had frozen in time.


Without warning, my stomach rolled. Almost instantly I felt nauseous as the familiar dread of darkness surfaced inside of me. The force became so overwhelming I doubled over, gasping for air.


As I focused on breathing, deep guttural laughter echoed in the stillness nearby. My head snapped up, my eyes searching for the man in my dreams. My brain worked in overtime, wondering how my dreams had finally crossed the barrier into reality.


The laughter came again, only closer this time. He wanted me, wanted me to surrender the light of life to dwell in the darkness of death. My panic increased as my heart thundered in my chest. I couldn't think clearly.


A few feet away, a man appeared, though he looked more or less the same age as me. Tall, well built with chestnut hair stopping at the hard angle of his jaw, and his eyes as black as a raven's feather. He didn't look like the same person from my nightmares. Not that it mattered–his presence still terrified me.


His lips twisted into a sinister grin, a mixture of evil and pain so clear I could taste it on my tongue. I tried to ease my panic and think clearly, but just like in my nightmares, I was losing.


"Who are you and what do you want?" Much to my surprise, my voice stayed even.


"You don't know, do you?" He tilted his head to the side, watching me with amusement in his dark eyes. He slowly held a finger in the air and then began making circular movements. The motion created his own personal whirlwind, lifting the hair around his face.


He continued to walk toward me, controlling the wind with his finger. My panic increased; my insides felt like they were being stretched thin, ready to snap in half at any given second.


"What do you want?" This time my voice quivered at the end.


"You have got to be kidding me, right?" He shook his head. "This is easier than I thought it'd be." He must have read the perplexed look on my face because he started laughing–hard. I would've been offended had I not been so freaking scared.


His thoughts and emotions become stronger with each step he took, overpowering my ability to shut off the inner darkness wanting to be set free. I wasn’t sure which way was up or down, left or right, and it didn't matter.