The heart-pounding, action-packed sequel to Demon.


A secret order at war with itself.
A Syrian official who wants to set the Middle East ablaze.
And all of them want nothing more than one unlucky CIA agent …


CIA agent Mike Caldwell just confronted a fallen angel and survived. But he wasn’t the only one tracking down Semyaza, and the demon’s escape from an ancient tomb has caught the attention of several powerful entities. Now they will stop at nothing to get Mike to play by their rules.


Mike must head out on an international mission to confront the covert brotherhood in an effort to save the world from destruction. 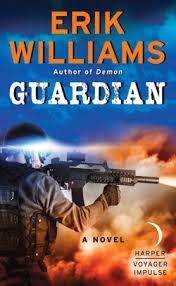 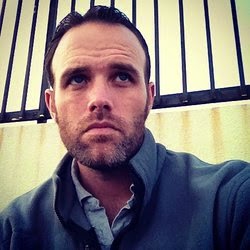 
Erik Williams is a former naval officer and current defense contractor (but he’s not allowed to talk about it). He is also the author of Demon and numerous small press works and short stories. He currently lives in San Diego with his wife and three daughters. When he’s not at his day job, he can usually be found changing diapers or coveting carbohydrates


Guest blogging at The Zen Reader


Book reviewed at 3 Partners in Shopping


Guest blogging at As the Page Turns


Interviewed at The Book Refuge


Guest blogging at Lover of Literature


Book reviewed at Review From Here