HOW WE BUILT OUR CITY 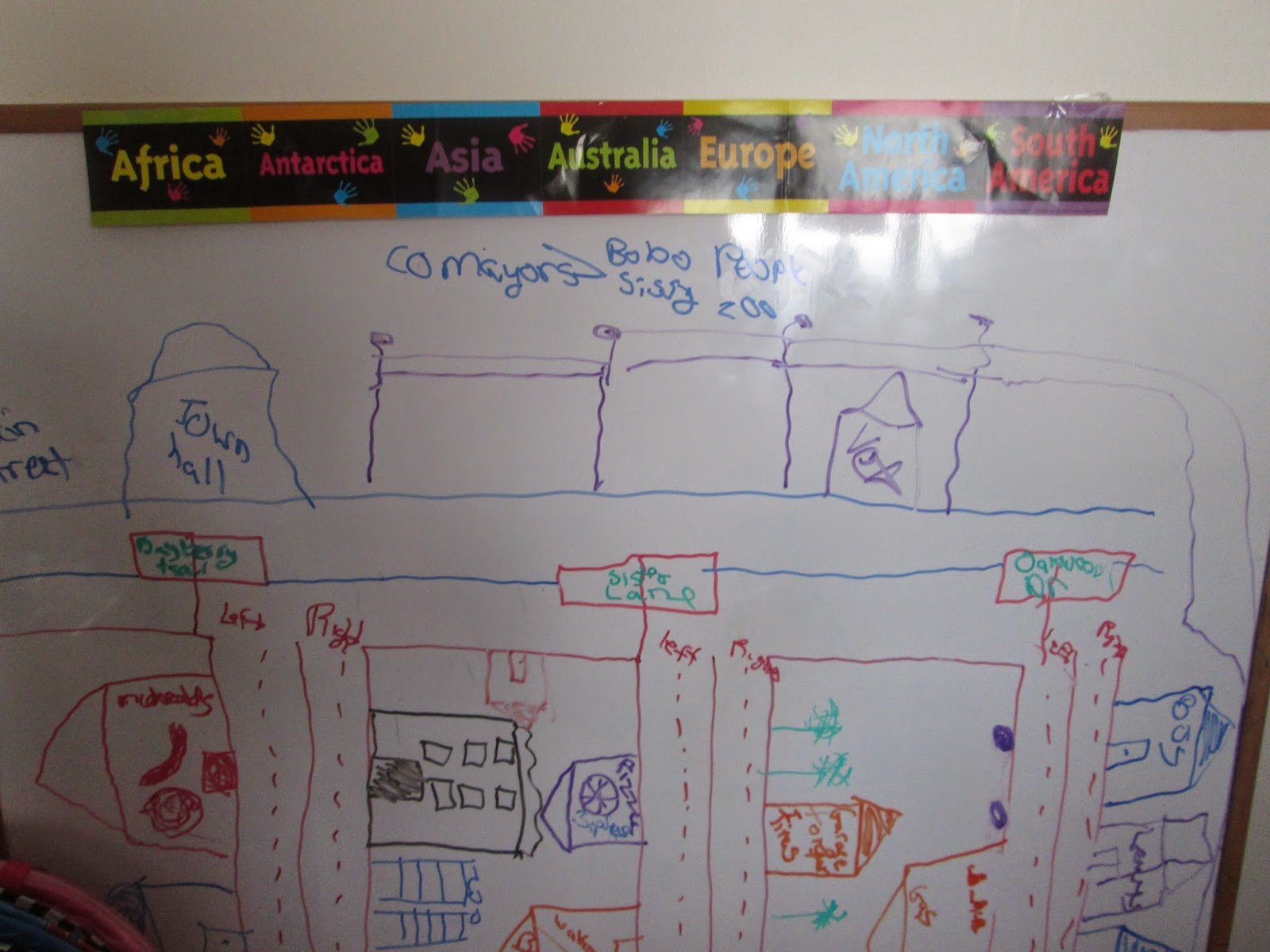 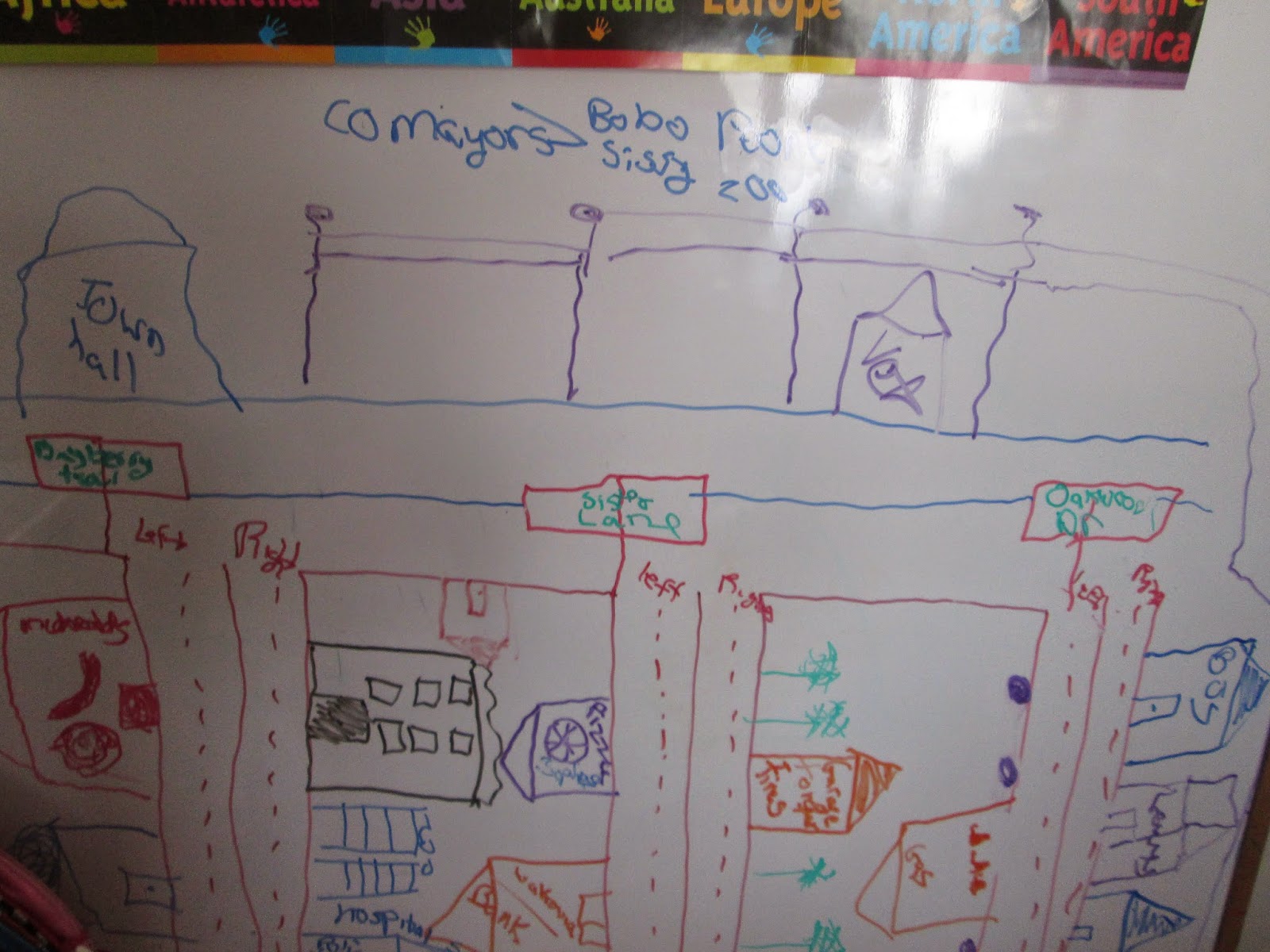 Our curriculum wanted us to draw up plans for our own city, to add streets, houses, police, fire, stores and whatever else we thought a city would need to work. The kids had fun placing where they wanted to put buildings, etc.   Then we had to decide what we thought we could do without. Bobo and Sissy would not let us mess up their city. They were adamant about what we needed and where they wanted it.

It was a great lesson because we had to compare it to the cities of older times. The thing that surprised the kids the most was that no one had their own toilets and had to use the public toilets outside.