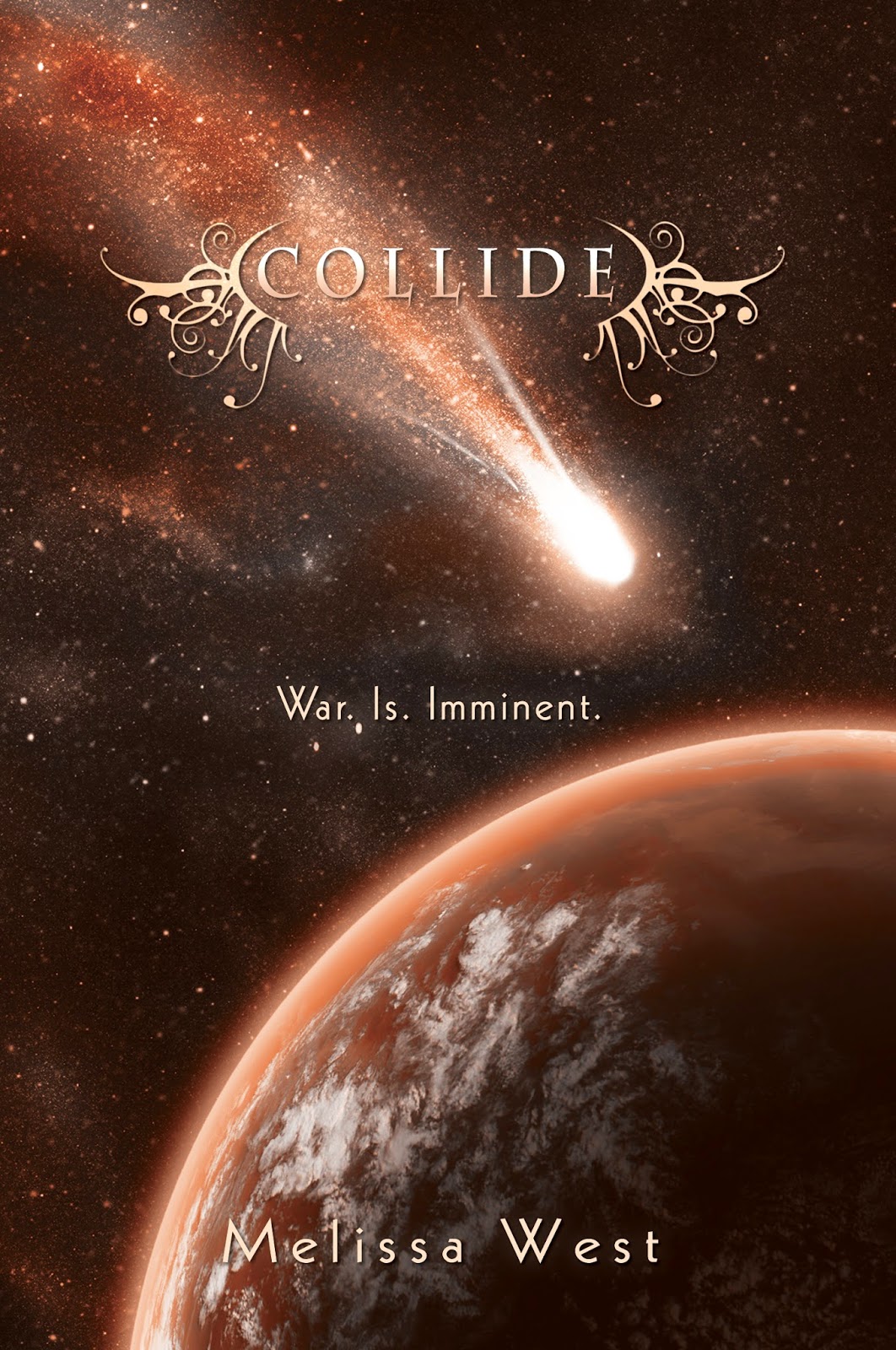 Summary from Goodreads:
Military legacy Ari Alexander has survived alien spies, WWIV, and a changing world order. But when the new leader of Earth uses Jackson—the only boy she's ever let herself care about—to get to her, Ari has no choice but to surrender.

To free Jackson, she agrees to travel to the national bases to train others to fight. What she discovers is a land riddled with dying people. Ari has the power to heal by turning the fighters into aliens—half-breeds like her. If she succeeds, together, they have a chance at overthrowing the alien leader, Zeus. But if she fails, everyone she holds dear will be wiped away forever.

Once again, everything Ari’s come to believe is thrown into question. In a world of uncertainty, loyalties are tested, lies are uncovered, and no one can be trusted. If Ari and Jackson have any hope at survival and at preserving a life for the future, they must fight the final war with their eyes wide open.

My gaze drifts over to Jackson to find him watching me, his blue-green eyes no longer beaten, but strong. Alive. Raging.


I walk over and press my hands to the glass, my eyes never leaving his. In them I see everything he’s thinking and feeling. His anger at Kelvin. His sadness at losing Mami. His love for me, an unwavering fire inside him. And then I see his determination, so clear it’s as though I’m thinking it myself—he’s going to kill Zeus.


Jackson nods once to me, and I grip the glass tighter, feeling its composition, and then the glass vibrates, harder and harder. Law goes still. I draw a breath, my focus on the boy I love and his raging eyes, and then a tiny crack splits out from my right pinky finger like a spider web across the glass, splitting again and again. Another starts from my left hand and I lean farther into the glass, imagining Jackson and me back on Loge, Emmy and Mami, and then the window bursts, the glass shooting out in a thousand directions.


Jackson stands slowly, effort etched into his face, the muscles in his arms flexing. The door to his room starts to open, and my gaze flashes over, every fiber in me focused on keeping it shut. “They’re coming,” I say.


“It doesn’t matter,” Jackson replies, his voice like a warm blanket over my heart, soothing the ache that’s been there since he disappeared. The ache I feared would never go away. “They can’t contain us. They will never contain us.”


Books in this series:
(covers linked to Goodreads)

About the Author
Melissa West writes young adult and new adult novels for Entangled Teen and Embrace and Penguin/InterMix. She lives outside of Atlanta, GA with her husband and two daughters and spends most of her time writing, reading, or fueling her coffee addiction.

She holds a B.A. in Communication Studies and a M.S. in Graphic Communication, both from Clemson University. Yeah, her blood runs orange.