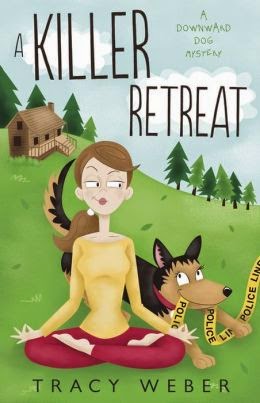 When Kate Davidson gets an offer to teach yoga classes to wedding guests at the Elysian Springs resort, she jumps at the opportunity, even though it means being forced to endure the wedding ceremony of the center's two caretakers.
Avoiding the M-word turns out to be the least of Kate's problems when a wedding guest is found floating face-down in the resort's hot tub, shortly after a loud, public (and somewhat embarrassing) fight with Kate. The police pick Kate as their number-one suspect, so she's forced to team up with boyfriend Michael, best friend Rene, and German shepherd sidekick Bella to find the real killer. But they'll have to solve the murder before the police arrest Kate, or her next gig may last a lifetime--behind bars.

Ninety panicking, fretting, foot-pounding minutes later, the deputy knocked at the door.
“Sergeant Bill’s ready to talk to you now.”
He led me to Emmy’s office, which “Sergeant Bill” had commandeered for a makeshift interview room. Sweat covered my palms and dripped down the back of my neck. I felt like a paranoid teen on her way to the principal’s office. I hadn’t done anything wrong, but I was convinced I’d be sent to detention, nonetheless.
“Have a seat Miss, um …” The man sitting behind Emmy’s desk looked down at his notes.
“Davidson. Kate Davidson.” I hesitated, much too nervous to sit. “I’d rather stand, thank you.”
His eyes met mine. “I said, have a seat, Miss Davidson.” It wasn’t a request.
I sat.
While the sergeant reviewed his notes, I drummed my fingers on the desktop and took stock of my future inquisitor. He was short, no more than five-foot-six, and his pants were held up by a belt approximately two sizes smaller than his doughy middle. His receding hairline accented a large, creased forehead.
Nervousness made me goofy—like a dental patient who had inhaled too much nitrous oxide. I couldn’t suppress a giggle. I was about to be grilled by the sergeant from Gomer Pyle.
He laid down his notebook and scowled across the desk. “Something funny I should know about? Personally, I don’t think murder’s a laughing matter.”
I immediately sobered. “No, of course not.”
“Glad to hear it.” He leaned back and smiled disarmingly. “This should only take a few minutes.”
He pretty much stuck with the basics at first. He told me his name: “Sergeant Bill Molloy, but you can call me Sergeant Bill.” He asked me where I lived, why I was on the island, what I’d done that morning, and how I’d happened to come across Monica’s body. His lilting, almost melodic voice lulled me into a false sense of security.
I conned myself into believing that Sergeant Bill was just a good old boy, looking for the truth. Dad said I should never lie to the cops, so I answered his questions honestly. But I didn’t volunteer any information. My recent altercations with Monica had nothing to do with her murder. Why confuse the issue?
Sergeant Bill took copious notes, nodding and smiling encouragingly.
After fifteen rambling minutes, I completed my spiel.
“Well,” he said, closing his notebook and laying down his pen. “I think we’re about done here.”
“You mean I can go?” It couldn’t possibly be this easy. I never got away with anything.
He shrugged. “I don’t see why not.”
Relief washed over me like water in a warm shower. For once luck and the universe were on my side. I stood up, eased to the door, and rested my hand on the doorknob. Only two more steps and I’d be free. My mind chattered, nervously narrating each action in a silent monologue.
OK, Kate, you’re almost there. Stay calm and don’t blow it. I took a deep breath. Turn the knob to the right. The latch clicked and released. Open the door. The hinges squeaked open; a cool breeze caressed my cheeks. As I glanced through the doorway, the empty hall beckoned me—coaxed me toward freedom.
Step one foot forward, and—
“You know, there’s only one thing I don’t get about your story.” The melodic lilt in Sergeant Bill’s voice had completely evaporated.
Tension spread from my toes to my scalp. I tried to suppress—or at least camouflage—a mounting sense of panic. I took a deep breath and turned to face him. Sergeant Bill leaned forward, elbows on the desk, fingers laced together. He didn’t look at all friendly.
I forced my lips into a smile and tried to look innocent.
“What’s that?”
“Why is it that six different witnesses say you threatened to strangle the victim this morning?”
Sergeant Bill wasn’t smiling anymore. Then again, neither was I. We stared at each other in silence.
“Why don’t you close that door and sit on back down.” 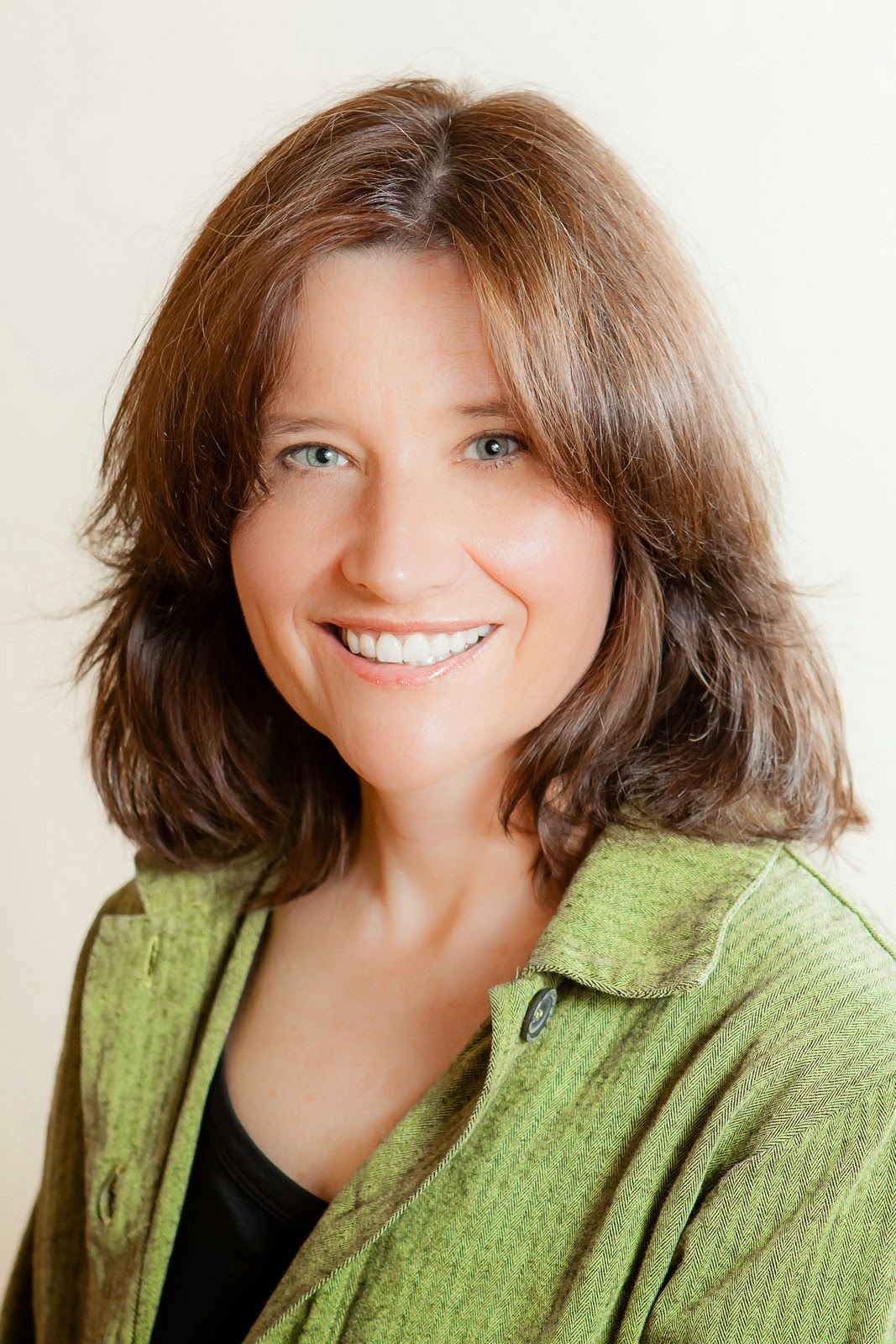 Tracy Weber is the author of the award-winning Downward Dog Mysteries series featuring yoga teacher Kate and her feisty German shepherd, Bella. Tracy loves sharing her passion for yoga and animals in any form possible.
Tracy and her husband live in Seattle with their challenging yet amazing German shepherd Tasha. When she’s not writing, Tracy spends her time teaching yoga, walking Tasha, and sipping Blackthorn cider at her favorite ale house.

"A Killer Retreat", is the newest addition to the , A Downward Dog Mystery Series. It is one of the best mystery series I have read in a long time. Author Tracy Weber has the ability to take characters and make them come alive. Kate Davidson goes to a resort to teach a yoga class. Next thing she knows she is the suspect in a murder. Kate has to solve the crime as fast as she can or she will be arrested. She gets her group together and off they go. Even her dog Bella goes along. I really liked the storyline and I give this book a 4/5. I was given this book by Partners in Crime Book Tours and all opinions a re my own.
Posted by 3 Partners in Shopping at 12:03 AM