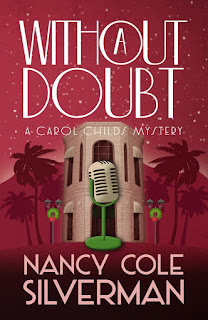 As radio reporter Carol Childs investigates a series of Beverly Hills jewelry heists, she realizes her FBI boyfriend, Eric, is working the same case. Even worse, she may have inadvertently helped the suspect escape. The situation intensifies when the suspect calls the radio station during a live broadcast, baiting Carol deeper into the investigation.
In order for her to uncover the truth, Carol must choose between her job and her personal relationships. What started out as coincidence between Carol and Eric becomes a race for the facts—pitting them against one another—before the thieves can pull off a daring escape, leaving a trail of dead bodies behind, and taking the jewels with them.
Related subjects include: women sleuths, murder mystery series, whodunit mysteries (whodunnit), book club recommendations, suspense, noir.
Books in the Carol Childs Mystery Series:
• SHADOW OF DOUBT

(#3)
Praise for this series:
“Carol is a smart, savvy heroine that will appeal to readers. This is a cozy with a bite.” – Rosemary Smith, Books for Avid Readers (on Shadow of Doubt)
“Fast paced and cleverly plotted, an edgy cozy with undertones of noir.” –Sue McGinty, Author of the Bella Kowalski Central Coast Mysteries (on Beyond a Doubt) 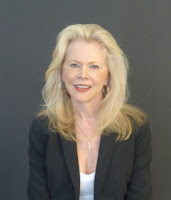 Nancy Cole Silverman credits her twenty-five years in radio for helping her to develop an ear for storytelling. In 2001, Silverman retired from news and copywriting to write fiction full time. In 2014, Silverman signed with Henery Press for her new mystery series, The Carol Childs’ Mysteries. The first of the series, Shadow of Doubt

, debuted in December 2014 and the second, Beyond a Doubt

, is available in May 2016. For more information visit www.nancycolesilverman.com

a Rafflecopter giveaway
Posted by vicjbr at 1:15 PM