Welcome to my tour stop for How to Woo a Widow by Barbara Allen! This is book one of the Widow Trilogy and is a contemporary women's fiction novel. The tour runs April 11-22 with reviews, interviews, guest posts and excerpts. Check out the tour page for the full schedule.

About the Book:
Fate may have had its way with the Hamilton sisters, but their destinies are still up for grabs….
Something has to be done about the Hamilton sisters. Faith and Claire Hamilton are so focused on avoiding their pain that they are forgetting how to truly live. Fortunately for them, feisty family friend Ollie knows a little something about what it’s like to cope with the death of a husband. She also knows how to mix a splash of fun into the process. Now, she is determined to impart the lessons she’s learned on the two young widows she loves like daughters. Her efforts start discreetly; Faith doesn’t even realize she is being nudged into the arms of the man she has been denying her attraction to, and Claire’s long-buried lust for life is reignited by a challenging new job. With Ollie’s touch, massive meltdowns are turned into hilarious moments and the weight of shameful secrets is unburdened. Neither sister has any idea Ollie is mentoring the men who have fallen for them in the fine art of widow-wooing, and no one can predict how her students or protégées will fare. How to Woo a Widow is the first of the Widow Trilogy, Life After Death


If it wasn’t so un-funny, it would be funny, Claire mused. She’d never been afraid of much before- in her other life. Today, though, her nerves were on full alert as she neared her destination, desperately trying to find anything amusing about fearing Faith. She twisted the rearview mirror to reflect her face while she tried in vain to remember a time she’d ever been scared of her big sister. But not even the night she’d backed the car their father just gave them into the lake could compare to this. This time Claire wasn’t sure Faith would write her antics off so easily.


“It’s going to take more than a smile and a joke to work my way out of this one,” she warned her reflection. Or, rather, the thing in the mirror that stared back at her. For surely the hollow-pitted cheeks and puffy eyes of this hag staring at her could not be the same Claire Hamilton who customarily basked in men’s admiring stares. She turned her attention back to the road just in time to see a pair of chipmunks cheerfully scampering across the pavement in front of her.


The sound of screeching tires broke the stillness of the spring afternoon, causing the horses in the paddocks she was now alongside to raise their heads and stare at her in what she swore was a disapproving manner. “Bite me, Black Beauty,” she muttered. “Go judge someone of your own kind.” Then she saw her equine jurists turn their attention away from her, to something on the ridge.


A horse and rider were tearing up the earth, churning chunks of new grass out behind pounding hooves. Claire idled her rental a moment longer, taking in her first sight of Faith since she snuck out of town six months ago. From this distance, dashing across the farm’s high ridge, Faith may have been riding right out of a movie scene in which her character leads a charmed life. Her auburn hair had escaped the dainty hairclips she preferred and was streaming behind her, blending with the matching mane of her horse as Faith leaned forward alongside her mare’s neck. The horse galloping alongside hers moved in unison with his running mate, and in that romantic movie would be mounted by her surgically-enhanced Adonis of a leading man.


Perhaps to a casual passerby it would appear to be just such a scene. But Claire knew enough to look harder, and saw the bare back of the deep gold palomino horse. There was no leading man leaning over the horse’s neck, urging him on. Rather, it was Faith’s arm reaching out to pat it even as their speed increased. Claire was always amazed at Faith’s natural skills with life in general and horses in particular. “Freaking Faith,” she half-laughed. “Always finds a way to work a piece of magic into even the worst moments.” 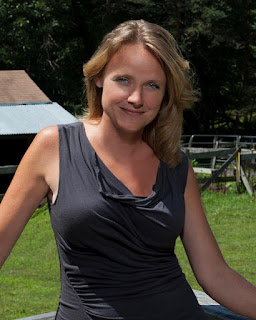 "Normal" is for other people. The more Barbara Allen fought to be normal, the harder life laughed at her. And just when she thought she'd got the last laugh, life turned against her in a tragedy that almost destroyed her.


Barbara was just 32 years old in 2005,  when her world fell apart. Her husband had been murdered in Iraq at the hands of a fellow soldier. Barbara was left to raise four young boys - just 6,5,3,and 1 year old at the time their father was killed. She wanted to give up. She very nearly did. And yet, in the midst of the darkest moments, she always found some reason to take one more breath. Face one more day.

Slowly, she found the strength to piece herself back together as she flew to Kuwait for  one military court proceeding, and then spent years traveling thousands of miles to all the rest. She learned to navigate the military's criminal justice system. She earned a Masters degree and wrote a book about her ordeal and the grave miscarriage of justice in this case. She learned how it could all have been prevented, and she began advocating for change so it would never happen again. Today, Barbara is deeply entrenched in veterans advocacy and her own steadfast pursuit of justice for her husband. She works as a Veterans Specialist and continues her fight to secure the Purple Heart for her husband.  She has experienced impressive emotional face-plants and vast arrays of  challenges- some self-inflicted, others randomly encountered. And she has acquired the skills to not just overcome it all, but to enjoy the ride.

Barbara may have learned how to turn her adversity into an advantage in life, but this lesson did not come easily. And this upper hand must be diligently maintained.  Now, Barbara brings her life lessons to her audiences in keynote speeches and custom programs. She relates to her audiences' lives and challenges, and teaches them how to become gladiators in their own life's arena.
Facebook | LinkedIn | Website

***
***
GIVEAWAY:
$25 Amazon Gift Card (INT)
Ends 4/27
Prizing is provided by the author. You must be 13 or older to enter and have parental permission if under 18. Void where prohibited by law. No purchase necessary to win.