With a Vengeance by Annette Dashofy Virtual Book Tour and Giveaway

With A Vengeance
by Annette Dashofy

It is the kind of book you don’t put down, not even for a second, because you really feel like it is happening before you eyes.
~A Chick Who Reads

I couldn’t put it down.The characters are so well developed and with the strong story line this book brings you into the story and keeps you captive until the end.
~Shelley’s Book Case 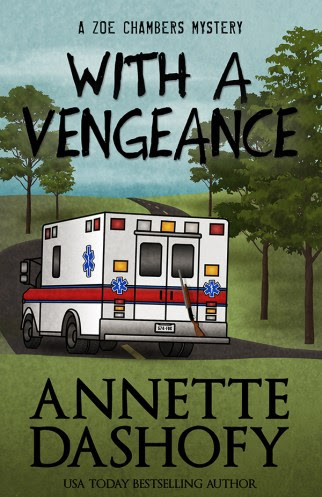 Paramedic Zoe Chambers and the rest of rural Monongahela County’s EMS and fire personnel are used to wading into the middle of trouble to rescue the sick and the injured. But when someone with an ax to grind seeks retribution by staging accident scenes and gunning down the first responders, Zoe finds herself forced to not only treat her own brethren of the front lines, but also, in her role as deputy coroner, seek out whoever is killing her friends.
At the same time, Vance Township Police Chief Pete Adams races to track down a gun, a mysterious all-terrain vehicle, and the sniper before Zoe goes back on duty, placing herself—and Pete—firmly in the gunman’s crosshairs.
Related subjects include: cozy mysteries, women sleuths, murder mystery series, whodunit mysteries (whodunnit), book club recommendations, audio books for download, police procedurals series, amateur sleuth books.
Books in the Zoe Chambers Mystery Series:
• CIRCLE OF INFLUENCE 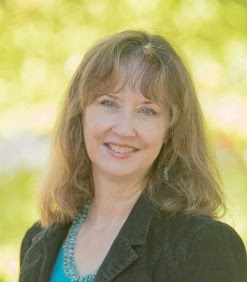 Annette Dashofy is the USA Today best-selling author of the Zoe Chambers mystery series about a paramedic and deputy coroner in rural Pennsylvania’s tight-knit Vance Township. CIRCLE OF INFLUENCE

, was released in September 2014 followed in April 2015 by BRIDGES BURNED

, which has been nominated for the Agatha for Best Contemporary Novel. WITH A VENGEANCE

, the fourth in the series, will be available May 3.
Author Links
website– www.annettedashofy.com
blog– http://annettedashofy.blogspot.com/
Facebook– https://www.facebook.com/annette.dashofy
Twitter– @Annette_Dashofy
Purchase Links
All the links to all the formats available of all my books can be found at http://henerypress.com/annette-dashofy/
Amazon – B&N – ITunes – KOBO