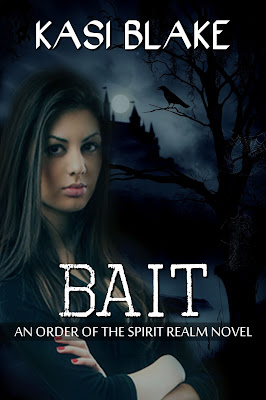 After sixteen years on the run, Bay-Lee joins her emotionally distant father at his New Zealand school. On her first night there, he dumps her on the doorstep and walks away. Big surprise. Minutes later, a bag is thrown over her head, and she’s kidnapped for Orientation. The hunter in charge calls her Bait. According to him, that’s all she’s good for, to be used to draw out monsters for experienced hunters to kill. Before Bay-Lee can move up to the rank of Hunter, she will have to prove herself, battle wraiths, a reaper in disguise, and a stampeding border monster. With the addition of her classes, she’s going to be way too busy for a social life. Falling in love is not on the agenda. Then, she meets Nick Gallos. With the intimidating rank of Warrior, Nick is gorgeous, arrogant, and just plain rude to her. It’s obvious from their first meeting that Nick is hiding a dark past overflowing with secrets, and her father is right smack in the middle of it. Nick seems to be using her to get even with her father, and she won’t tolerate that. What a jerk. So, why can’t she stop thinking about him?

“Rock star Tyler Beck is dead at the age of twenty,” the news anchor said, unable to keep a drop of excitement from her voice. “A nationwide manhunt for Bad-Rock’s front-man ended in tragedy earlier this evening when Beck lost control of his vehicle during a high speed police chase. Band members could not be reached for comment. Their publicist has issued the following statement.”


Bay-Lee frowned in her sleep. Horrible images infiltrated her mind, twisted metal and a body burned beyond recognition. The frown deepened. She had fallen asleep with the television on again. It was the only logical reason for the intrusion of a loud female voice. Her hand slapped around the mattress, blindly searching for the remote in the fervent hope she wouldn’t have to open her eyes.


The news anchor read the statement.


“Tyler’s family and close friends request privacy and understanding in this difficult time as they grieve for a talented life cut too short. Although Tyler was accused of a horrendous crime earlier this week, we are confident his name will be cleared. In the meantime, we ask that...”


Giving in to the inevitable, Bay-Lee parted her eyelids in a painful squint. Light from the television nearly blinded her. Her head snapped around so she was facing the darkened side of her room. The remote was on the nightstand next to the alarm clock. Grabbing it, she switched the set off.


Cool darkness settled over her bedroom, bringing instant relief. She closed her eyes again and breathed easier. Silence gave her a much needed break. Her uncle must have gone to bed.


The news anchor’s words took a second trip through her mind.


They had been talking about Tyler Beck on the late night news. That’s why she’d been dreaming about him. Mystery solved. There wasn’t anything wrong with her that couldn’t be fixed by turning off the TV before going to bed.


For an entire week his face had haunted her. A person couldn’t turn on a television or pick up a magazine without seeing his image. Following a Sold Out concert last Friday night he had gone to a party thrown in his honor, and he’d massacred sixteen of his biggest fans. What sort of person murdered their own fans?


According to police there was enough evidence to convict. There was a video on the Internet that had gone viral—five million hits in one day. It was shot by a teen outside the club and clearly showed Tyler exiting the party before police surrounded him.


The rock star had been running from the law ever since.


She sighed, a hundred percent awake now. Frustrated, she kicked at the sheet and struggled to get comfortable after repeatedly punching her pillow. Stupid Tyler Beck. She was sick of hearing his name, and now the jerk was apparently going to ruin a good night’s sleep with his sudden demise. Ridiculous. Before this week she hadn’t even noticed he was alive, and now she couldn’t stop thinking about him. 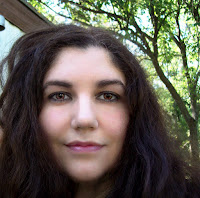 About the Author
Born and raised in California, I fell in love with writing while reading The Outsiders. Then I fell in love with Stephen King's writing style. I enjoy reading many types of books, but YA Paranormal is my favorite. I used to write for Harlequin under a different name. So that's my background. Exciting, no?I have seven books out now: Vampires Rule, Werewolves Rule,Shifters Rule, Crushed, Witch Hunt, Bait, and my only adult novel, a romantic suspense called Pandora's Box.

a Rafflecopter giveaway
Posted by 3 Partners in Shopping at 11:19 PM