Something More Than This by Barbie Bohran Virtual Tour, Excerpt, and Giveaway 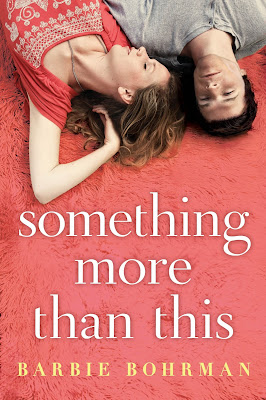 Katy Lewis has it all: a sports reporting job she loves, a great roommate, and two brothers who, while nosy, always have her back. But when Conner Roberts, Katy’s unrequited first crush, suddenly shows up—and shows interest—after nine years, she reverts to a sweaty, panicked sixteen-year-old once more.

And if trying to read Conner’s signals isn’t tough enough, Katy’s heart is sending some mixed messages of its own. When a beautiful blonde coworker starts pursuing Katy’s boss, Dylan Sterling—her longtime mentor and friend—she realizes she may have a problem with that. A reunion with Conner is what she’s dreamed of for so long…so why can’t she stop thinking about Dylan?

For the first time ever, Katy must fact-check her heart. Should she go after the guy she thought she always wanted or see if there’s something more with the one who’s been there all along?


There are a few other patrons here and there, which is the norm for a Friday night. I coast over every male customer until my eyes stop on one particular guy . . . no, that’s not right . . . a man. A very good-looking, fully grown-to-perfection Conner with his gorgeous hazel eyes staring right back at me. The corners of his mouth tip up in a warm, inviting smile when he recognizes me.


My feet are stuck to the floor, but that’s of no consequence, since he stands up from his bar stool and looks like he’s going to walk over to me. I watch in rapt attention as he puts his beer bottle on the bar, then wipes his hands on his jeans. When he does this, his biceps flex underneath his plain white T-shirt, hinting at the muscular body that has developed really well since we last saw each other. His wavy brown hair, which seems lighter than what I remember, looks like it needs a trim from the way the ends flip up a little. Then again, it always seemed as if it needed a trim, but that look always worked for him.


When Conner is finally standing within arm’s reach, I almost don’t believe that it’s really him. But when that smile turns into the very familiar smirk from my past that I came to love and know well, there’s no doubt it is.


He hesitates for a moment before stepping forward and wrapping his arms around me in a big hug. As I bring my arms up to reciprocate, he tilts his head a fraction so he can place a friendly, quick kiss on my cheek. My eyes close when I feel him squeezing me tighter, like he doesn’t want to let me go. Or maybe it’s just my overactive imagination where he’s concerned.


And just like that, I’m transported to that day on the playground so many years ago when we first met. 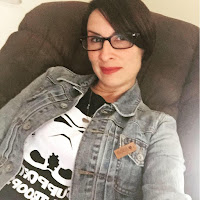 Born and raised in Miami, Florida, Barbie Bohrman dreamed of becoming an author. Long after she had given up, a book club’s prologue contest encouraged her to give it one more go. What emerged were the beginnings of her debut novel, Promise Me. Now she’s living her dream and writing stories that entice readers to escape and break away from reality. When she’s not writing, you can find her trying to get through the books on her Kindle (more than a thousand at last count) or watching Sherlock or Homeland. She resides in New Jersey with her husband and two children.