House of the Hanging Jade by Amy M. Reade Virtual Tour and Giveaway

Enter to Win a Copy of HOUSE OF THE HANGING JADE! 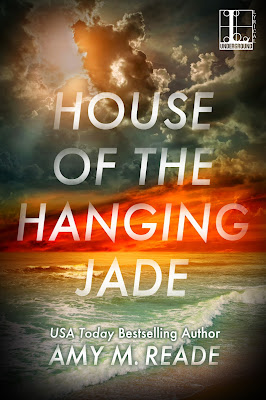 Tired of the cold winters in Washington, D.C. and disturbed by her increasingly obsessive boyfriend, Kailani Kanaka savors her move back to her native Big Island of Hawaii. She also finds a new job as personal chef for the Jorgensen family. The gentle caress of the Hawaiian trade winds, the soft sigh of the swaying palm trees, and the stunning blue waters of the Pacific lull her into a sense of calm at the House of Hanging Jade--an idyll that quickly fades as it becomes apparent that dark secrets lurk within her new home. Furtive whispers in the night, a terrifying shark attack, and the discovery of a dead body leave Kailani shaken and afraid. But it's the unexpected appearance of her ex-boyfriend, tracking her every move and demanding she return to him, that has her fearing for her life . . . 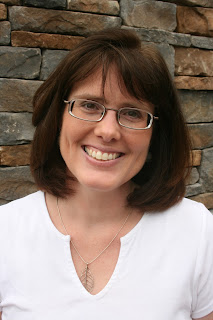 USA Today bestselling author Amy M. Reade is also the author of Secrets of Hallstead House and The Ghosts of Peppernell Manor. She grew up in northern New York, just south of the Canadian border, and spent her weekends and summers on the St. Lawrence River. She graduated from Cornell University and then went on to law school at Indiana University in Bloomington. She practiced law in New York City before moving to southern New Jersey, where, in addition to writing, she is a wife, a full-time mom and a volunteer in school, church and community groups. She lives just a stone’s throw from the Atlantic Ocean with her husband and three children as well as a dog and two cats. She loves cooking and all things Hawaii and is currently at work on her next novel. Visit her website at or at her blog.
Website | Facebook | Twitter | GoodReads