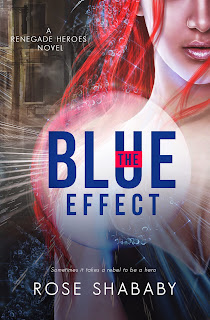 Blue Brennan is jaded and bitter despite her pinup girl looks and quick wit. Night after night, she scours the Seattle club scene looking for someone or something to fill the emptiness inside.

When she meets the mysterious Kasey, her world stops… literally. He claims she has the ability to control time and stuns her even further when he reveals his own gifts.

Blue is inexplicably drawn to Kasey and reluctantly enters his world filled with a new breed of humanity. They’re misfits like her, blessed or cursed with powerful abilities, struggling to hide their differences from the rest of society.

Now she must race against the clock to harness her own powers and save her new friends. Can she be more than a renegade? Can she be a hero too?


Excerpt:
“How do you do that?” I asked, finding my voice. I looked around the dance floor, at all the people frozen like 3D photographs. It didn’t make sense that I wasn’t scared by the situation at hand, but fear didn’t factor into my emotional state at all. I also wondered what it would be like to walk through the crowd and note all their bodily contortions and facial expressions, but I held back. At the moment I was more interested in hearing what this man had to say. “How did you make everything stop?”
“As to how I do what I do, I can only tell you that I do it. I know someone that can explain the how better than I. As to this,” he waggled a finger toward the  still figures in the room, “this is all you. I can only help you … amplify what you had inside you to begin with.”

It was my turn to laugh, but it was humorless and harsh. “What are you talking about?”
“You have felt different all your life, no?”
“Sure. But doesn’t everybody?” I answered with an eye roll and looked around the room again. “Look at these morons. They’re all playing dress up, hiding their real selves from each other. But the truth is they’re desperate to find someone to love them. Hoping they’ll be important to someone, anyone, because they sure as hell don’t feel important to themselves. Hoping they’ll actually matter. Hoping that someone can take away the emptiness they feel every time they look in the mirror.”
He shook his head. “You are talking about yourself, not them. And they are not all like that. They are not the lifeless paper dolls you think they are, not even the ones trying so hard to stand out. And neither are you.”
His words confused me, and I felt myself growing angry. “Who are you?” I didn’t like the things he made me feel anymore, and I longed for the simplicity of the liquored-up daze I’d enjoyed earlier. I wanted to run away from him, but in the same moment I realized that nothing could have made me turn away from this strange man.
“My name is Kasimir Korsak. My friends call my Kasey. I would very much like to include you in that group.”
I shook my head. “If you know so much about me, you would know that I don’t have friends.” I put as much disdain into the last word as I could. I might  want to find out more about the things that were happening, but that didn’t mean I trusted him. “Besides, what possible reason do I have to believe anything you say?”

His eyes were still steady on mine when he spoke. “You already trust me, Blue. You do not want to admit it because I am a stranger, but deep down you believe me because you hear truth in my words. You look around the room and see truth. You are different. Special.” He held out his hands, palms up in a gesture of openness. “You are like me, only you have not learned how to use your abilities yet.”
Abilities? I gaped at him. What the hell does that mean?
We stood in the strange, echoless silence, neither of us taking our eyes off the other. I wanted his words to be true. I wanted the differentness I’d always felt  to be something special, wanted it with an urgency that pierced through the numbness. In the few moments I’d spent with this man I’d felt more emotions than I’d felt in years.
The realization finally brought forth fear, but it also brought excitement, and I wanted more. If his words were true, and he and I were alike, maybe that meant I actually belonged somewhere.
“I can show you if you let me.” He smiled again and as we stared at one another, thoughts that weren’t mine raced through my head.
Give me a chance to show you. There are others like us. You do not have to be alone anymore.
“Why should I?”
“What are your options?” He smiled. “Someone once said, ‘I may never be what I want to be, what I ought to be, but how will I know unless I try?’ That is all I am asking you to do, try.”
“Who said that?”
He grinned wider. “A superhero.”
I rolled my eyes. “You’re kidding, right? This isn’t a f******  comic book.” 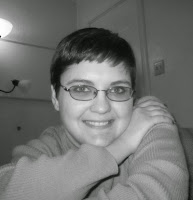 Rose Shababy and her family reside in eastern Washington State. Rose grew up in the Northwest but swears she’s going to move to warmer climates someday. She’s claimed
this for over 20 years, however, and has yet to move more than 75 miles away from her mother.

Rose has a deep love of all things Star Trek and yearns to travel the heavens, as well as an intense desire to be bitten by a radioactive spider.

Unfortunately she sucks at science and math so she hasn’t been able bring her dreams to life, instead living vicariously through books, comics, television and film. She hopes to someday make a million dollars so she can afford to buy her way to the international space station, but she’d settle for being able to fly around the world and leap tall buildings in a single bound.
Rose also loves to cook and worked for years in a gourmet Italian grocery and deli where she learned to hone her skills. She prepares culinary masterpieces for her family, but fervently wishes the dishes would wash themselves. Especially now that her dishwashers/children are nearly grown and only one still lives at home.
Rose likes to use her free time wisely. For instance, she likes to daydream, will often read for hours until she falls asleep on the couch with an electric blanket and a warm tabby cat curled up on her hip, as well as spending cozy weekend days watching Syfy movies like Sharknado and Mega Piranha with her husband.

If Rose were a cartoon animal, she’d prefer to be a wise old owl or a sleek and sexy jaguar, but in reality she’d probably be a myopic mole with coke-bottle glasses.