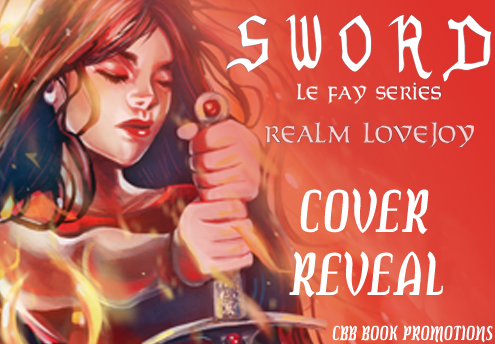 Today I'm excited to share the cover reveal for SWORD by Realm Lovejoy! SWORD is the sequel to HENGE and is a part of the Le Fay Series. It is a young adult fantasy and releases November 11, 2015.


HENGE (Le Fay Series Book 1) is on sale for only .99 cents to celebrate the cover reveal, grab a copy while it's cheap!

Also, a limited edition Le Fay Series T-Shirt is available on Mister Dressup! The illustration is from HENGE (Le Fay Series) and features Morgan le Fay in front of Camelot. The T-shirt will be on sale for a month only so grab one while it lasts! 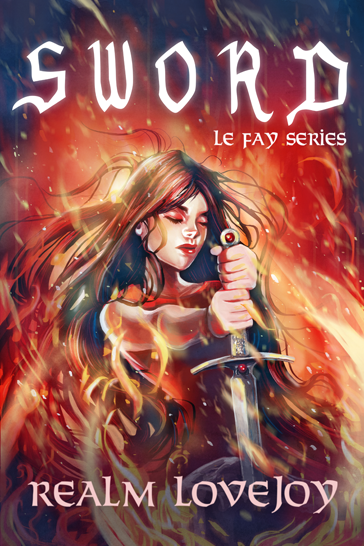 Evil lurks. Camelot sits, vulnerable. The fate of a future king hangs in the balance.

After surviving a string of brutal trials, sixteen-year-old Morgan le Fay is an official member of Camelot. But beneath its shining façade, Camelot is a crumbling government where loyalties are divided.
Nobody believes Morgan’s suspicions that enemies are closing in. Prince Arthur, a boy more interested in playing video games than ruling, will not listen to her, and neither will Lancelot, Camelot’s head of security. Even Morgan's friend Merlin refuses to take action.
When Morgan discovers that someone is plotting to assassinate the future king, she must take her destiny—and his—into her own hands. With the sword Excalibur beckoning in the distance, Morgan embarks on a seemingly impossible mission. And before her journey ends, everyone will know what she is truly capable of . . .
In this second book in the LE FAY series, author Realm Lovejoy takes readers deep into the heart of a splintering Camelot.

Realm Lovejoy is an American writer and an artist. She grew up in both Washington State and the Japanese Alps of Nagano, Japan. Currently she lives in Seattle and works as an artist in the video game industry. CLAN is her first book. Her second book is HENGE (Le Fay Series).

To be eligible for a review copy of SWORD, be sure to read HENGE and check out the review policy set by the author.

Ends Aug. 30th
Prizing is provided by the author, hosts are not responsible in any way.

This event was organized by CBB Book Promotions