In USA Today and New York Times bestselling author Karen Ranney’s second novel in her breathtaking series, an unconventional woman and a former scoundrel embark on a daring mission of desire.
Once the ton’s most notorious rake, Dalton MacIain has returned from his expedition to America during the Civil War-wounded and a changed man. Instead of attending soirees, he now spends his time as a recluse. But Dalton’s peace is disturbed when Minerva Todd barges into his London townhouse, insisting he help search for her missing brother Neville. Though Dalton would love to spend more time with the bewitching beauty, he has no interest in finding Neville-for he blames him for his injury.


Minerva has never met a more infuriating man than the Earl of Rathsmere yet she is intrigued by the torrid rumors she has heard about him…and the fierce attraction pulling her toward him.


Dalton does not count on Minerva’s persistence-or the desire she awakens in him, compelling him to discover her brother’s fate. But when danger surrounds them, Dalton fears he will lose the tantalizing, thoroughly unpredictable woman he has come to love. 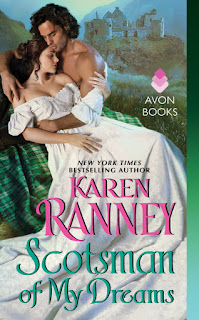 EXCERPT;
“Are you afraid?” he asked.
“Of course not. I just don’t want to kiss you.”
“Not at all?”
“Not one little bit. Not an iota.”
“No curiosity about what it might be like to kiss the man Queen Victoria said was most certainly the worst rake in all of London?”
“No.”
“You’re fibbing, Minerva.”
“I’m not.”
He lowered his head, brushed his lips over her heated cheek. To his surprise, she didn’t move away. Slowly, he traced a path to her lips, breathing against them before placing his mouth on hers.
A kiss should be an appetizer. A kiss was a prelude, strings being tuned in an orchestra pit, dawn on an important day.
A kiss was not a feast. A kiss was not an explosion of the senses. But this one was.
He could smell her, that hint of earthiness mixed with her new perfume. Her skin was warm against his fingertips, her cheek heating as he inclined his head slightly to deepen the kiss.
Her mouth opened slightly on a gasp.
He wanted to banish her sorrow, the pain Neville had caused her. He wanted to change the tenor of her thoughts, give her something to replace her dread.
He could give Minerva passion. That’s the gift he could give her. 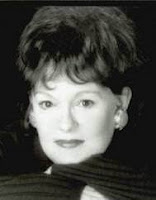 
Karen Ranney began writing when she was five. Her first published work was The Maple Leaf, read over the school intercom when she was in the first grade. In addition to wanting to be a violinist (her parents had a special violin crafted for her when she was seven), she wanted to be a lawyer, a teacher, and, most of all, a writer. Though the violin was discarded early, she still admits to a fascination with the law, and she volunteers as a teacher whenever needed. Writing, however, has remained the overwhelming love of her life.