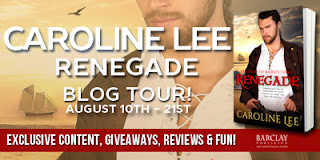 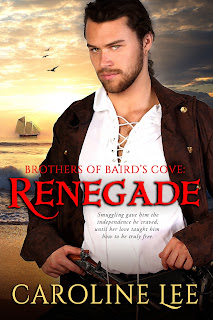 Synopsis:
Smuggling gave him the freedom he needed…
To no one’s surprise, McKee Baird never fought in the War Between the States. His fiercely independent nature made it impossible for him to take orders, and his close friendship with a black man stopped him from fighting for his father’s South. But he’s found his own way to rebel against the new government the United States has imposed on him… and right now, the only thing standing in the way of his smuggling business is the intriguingly uninhibited Becks Middleton.
Their chance meeting gave her the excitement she’d been craving…
Becks has a life of freedom away from Charleston society’s rules. So of course she can’t help but be drawn to the stimulating renegade her mother invites to visit Beckett Plantation, even if she doesn’t approve of his profession. When the opportunity to seduce Mac arises, Becks takes that chance, planning on one night of passion before the dangerous smuggler leaves. But when she accidentally becomes part of his schemes, she can’t reveal the truth without risking his freedom. Joining him on his ship, Becks will face not just her growing love for Mac but a confrontation with authorities that will threaten their very lives.
Can the two of them reconcile their differences before their future is stolen away?
Find out more at: Amazon

“Why are you here, Mr. Baird?” Becks took a step back. Anything to put more distance between them, afraid of losing her reason again.
Barclay Publicity, LLC                                                                             Author and Book Promotion, Simplified.
“You called me Mac before.” He was apparently fascinated by the portrait on the landing, judging from how carefully he studied it. “I liked it.”
“It doesn’t seem proper.”
“Are you always proper, Becks?”
She swallowed, her throat suddenly dry at the sound of her name on those lips. “I confess…” She looked down at her hands, now clasped in front of her. “I’m not.”
“Really?” She heard the lightness in his tone, and glanced back up to see him smiling at her. Oh God, that smile. She had to look away. “I had no idea.”
“Teasing isn’t very gentlemanly, Mr. Baird.”
“Mac.”
“Fine. Mac.”
“And I wasn’t teasing you. I was remembering the last time I got to catch you.”
He would have to bring that up again, wouldn’t he? “Again, not very gentlemanly.”
“Catching you?”
“Bringing it up.”
“Well, you’ll find that I’m as improper as you are.” She sucked in her breath at that, wondering what he meant. But he clarified, to her relief and secret disappointment. “I haven’t been accused of being a gentleman in long time.”
“Really?” Becks didn’t bother hiding her surprise. He was dressed like a gentleman, and had been taking tea with her mother like a gentleman. In fact, if she hadn’t seen him barefoot and muddy on the bank of her river, she would have guessed he was a Charleston planter… albeit one without a barber.
“Really.” He smiled again, and she liked the way his face creased. His smiles were sudden and over quickly, but the lines around his mouth and at the corners of his eyes told her they were frequent.
Lord have mercy, what had they been talking about? Oh yes… “Well, do you think you could at least try?”
“To be improper?”
“To be a gentleman.”
He gave a little mocking bow. “For such a proper young lady, I’m sure I could make an attempt to remember how.”

About Caroline Lee:
Caroline Lee is what George R.R. Martin once described as a "gardener author"; she delights in creating interesting and lovable characters, and allowing them to lead their own stories. Often they draw the story along to completely unexpected--and wonderful!--places. She considers a story a success if she can re-read it and sigh dreamily... and she wishes the same for you.
A love of historical romance prompted Caroline to pursue her degrees in social history; her Master's Degree is in Comparative World History, which is the study of themes across history (for instance, 'domestication of animals throughout the world,' or 'childhood through history'). Her theme? You guessed it: Marriage throughout world history. Her favorite focus was periods of history that brought two disparate peoples together to marry, like marriage in the Levant during the Kingdom of Jerusalem, or marriage between convicts in colonial New South Wales. She hopes that she's able to bring this love of history-- and this history of love-- to her novels.
Caroline is living her own little Happily Ever After with her husband and sons in North Carolina.
Connect with Caroline at her Website | Facebook | Twitter | Goodreads | Amazon